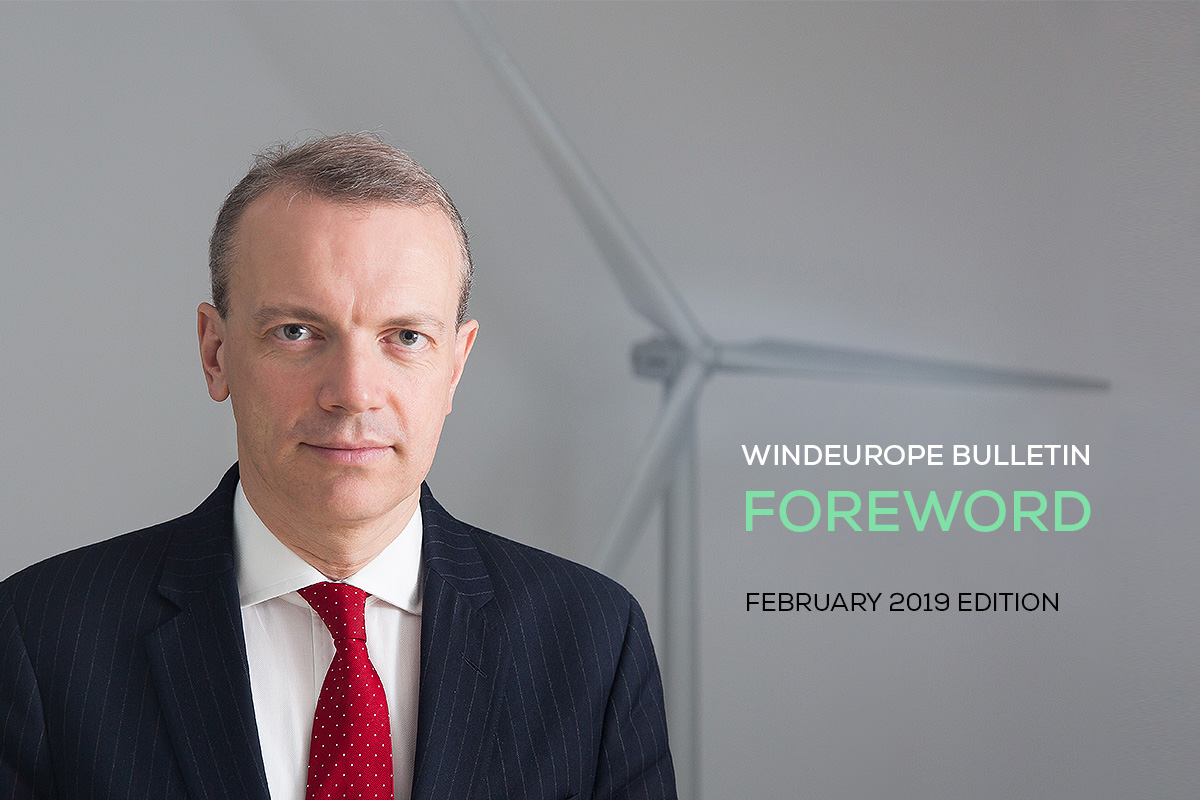 We’re gearing up for our major event of the year: the annual WindEurope Conference and Exhibition in Bilbao on 2-4 April. The event covers both onshore and offshore wind. Registrations are now open and as a WindEurope member you get a 30% discount.

It’ll be a great event. We couldn’t have chosen a better venue, given the buoyant state of the Spanish market right now, the expansion of the industry there (9,000 new jobs this year and next) and the key role Bilbao and the surrounding region play in that. There’ll be Ministers for 5 different countries there. And a dinner in the Guggenheim.

The conference programme is here. Do take a look at it. The theme of the event is ‘Delivering a clean economy for all Europeans.’ There are 3 angles to this:

As always there’ll be numerous side events beyond the main conference. Allow me to flag the following:

There are still some spaces left on the exhibition floor, so do let us know if you want to take part.

The Bilbao event comes 7 weeks before the European Parliament elections. We will use the opportunity to communicate how instrumental the EU has been in driving the growth of renewables, the key role that the European Parliament has played in that – and how society has benefitted as a result. The underlying message will be how important it is that people go out and vote in the elections in May.

The EU’s big policy challenge right now on renewables are the 28 National Energy and Climate Plans (NECPs) for 2030 that have to be finalised this year. Most countries have now sent their first drafts to the EU Commission.

You can find 19 of the draft Plans here. They vary hugely in content, format and quality. Our overall analysis of them is:

Fortunately the Commission is determined to push for improvement in the Plans over the coming months. They’ve had a first closed door meeting on them with national Governments and will send formal responses to each Government in April. We are feeding into the Commission recommendations of key points to pursue for each of the 28 parallel negotiations they’ll be having with national capitals.

Our main goals for the Plans are that Governments should:

Finally, it’s that time of year where we publish statistics for wind energy in Europe in 2018: new installations; new investments; and the share of wind in the power mix. Last week we released the offshore data: “Offshore Wind in Europe: Key trends and statistics 2018”. Headlines: 2.6 GW new installations; €11bn new investments announcements (covering another 4.2 GW); and offshore wind is now 2% of Europe’s power.

We will publish the combined onshore and offshore stats on 21 February and will do a webinar on them on 26 February. You can register for that here – it’s free.

That’s all for now. Do remember to register for Bilbao!