In July the European Commission tabled a higher renewable energy target for 2030, aiming for 40%, up from the current 32%. This means that the EU will need to double its annual wind installations from 15 GW to 30 GW per year in order to reach the ambitious target. This won’t happen if we don’t solve permitting bottlenecks. After the delays seen in 2020 the recovery process in 2021 is also putting pressure on the wind sector. The strong global demand increase after the pandemic combined with lower production capacities and constrained supply chains has caused a sharp rise of energy prices in Europe over the summer. Some are blaming low wind resource to be the cause of high prices, but wind energy generation has helped keeping the prices lower than what they could have been otherwise. Gas prices have seen a significant increase, dragging electricity wholesale market prices to historic highs. This has led some European countries to implement hasty and short-sighted regulatory changes to contain price for consumers. One of such countries is Spain; The Spanish Government implemented a claw-back measure that obliges “non-emitting” producers to pay back a large part of their income. In October the European Commission published a toolbox aimed at supporting National Governments to address rising energy prices. The toolbox prioritises accelerating renewables deployment, facilitating Power Purchase Agreements (PPAs), and lower electricity taxation are good options for National Governments. The toolbox gave no cover to National Governments planning claw back measures. The European Commission also committed that it will release a guidance on accelerating permitting processes for renewable energies in 2022. Things are slowly improving in Germany where the latest onshore wind auction was oversubscribed, after months of undersubscription due to the lack of eligible projects. The new German Government, which will most likely be the traffic light coalition (Social Democrats, Liberals, and Greens) The UK is holding the largest ever renewable energy auction in Europe. We expect about 9 GW of offshore, specific support for floating and, after more than five years of Government opposition, onshore wind (up to 3.5 GW) and solar PV will be supported as well. Inspired by the success of offshore wind in the UK, Poland has signed its first Offshore Wind Sector Deal in September. Under the Sector Deal the industry commits to create up to 60,000 direct and indirect jobs in Poland’s wind industry by 2040. The sector agreement also pledges between 20% and 30% local content in the first 5.9 GW pre-auction phase of offshore wind projects that have already received an administratively set CfD. In the latest Spanish auction, wind won the majority of the capacity in the technology-neutral 3.1 GW auction, securing 2.3 GW. In Germany the Government plans to tender offshore wind zones dedicated for hydrogen production (without electricity grid links) in 2022 - the exact support mechanism is still not defined. In France the French Minister for the Ecological Transition, Barbara Pompili, and representatives of the wind industry jointly presented 10 measures for a “controlled and responsible” deployment of wind. This will ensure high standards in environmental protection, happy coexistence with local communities and preservation of France’s cultural heritage. This online resource covers the latest changes in policy and regulation across European countries impacting wind energy and is regularly updated. I hope you enjoy the findings. Giles Dickson, CEO, WindEurope
Find out more

This interactive tool shows the market share of OEMs in Europe.
Find out more

111 GW of offshore wind by 2030: can the supply chain deliver?
Webinars

R&I funding under the Green Deal: what’s in it for wind
Webinars

Refocusing the Green Deal: what policies do we need
Webinars

Digitalisation - What will wind farms look like in 2025?
Webinars

Scaling up of Floating wind
Webinars

Bigger and heavier: how the offshore wind industry can respond
Webinars

Exploiting the potential of the Baltic Sea
Webinars

Impacts of the crisis on energy supply and demand
Webinars

Building the future: the supply chain's response to COVID-19
Webinars

How wind can help deliver the EU Green Deal
Webinars

The new EU Climate Law, where do we go from here
Webinars

How to apply for EU funding
Webinars 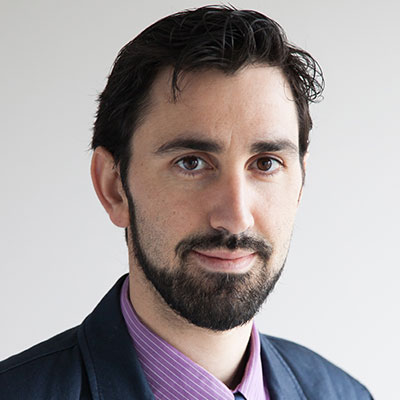