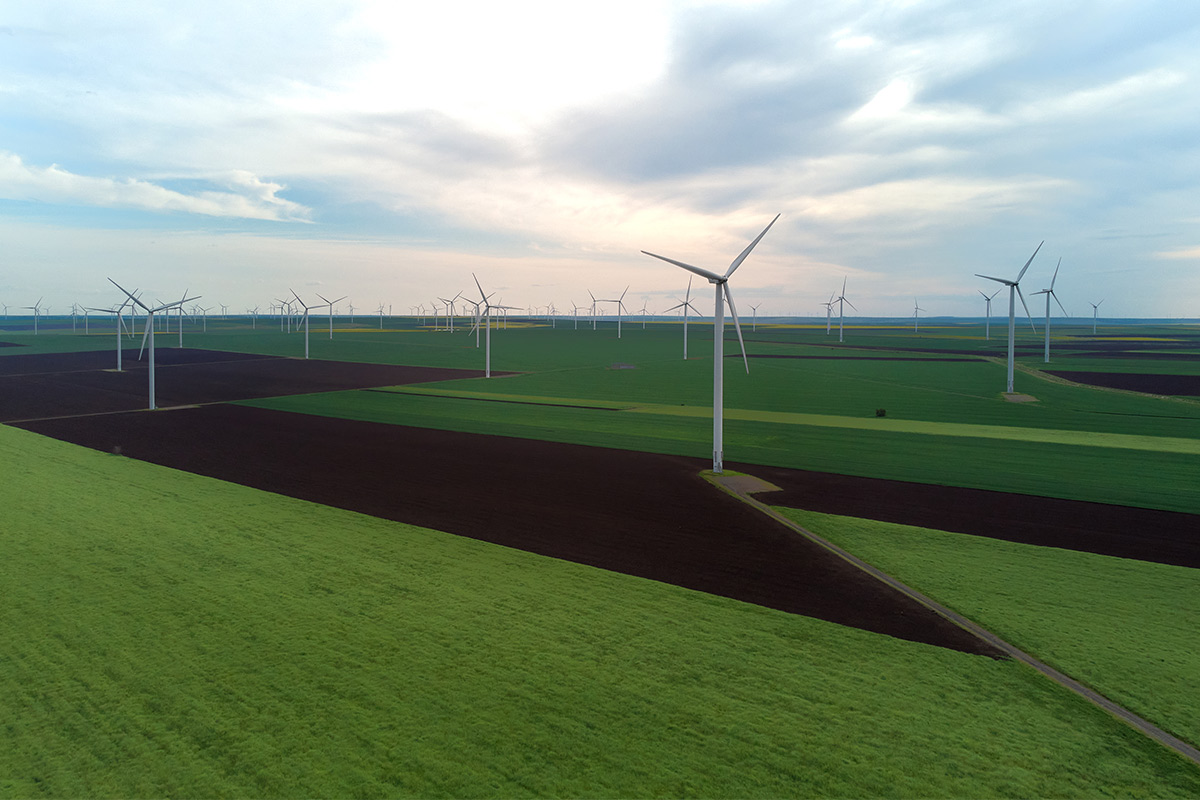 Today Romania adopted a set of measures, including a new tax on electricity producers, as a response to the current high electricity prices.  These measures will significantly harm the future of wind energy in Romania, says WindEurope CEO Giles Dickson. Romania is considering a second phase of wind energy expansion.  That could be seriously undermined now.

In response to the current high electricity prices, Romania’s President Klaus Iohannis enacted today amendments to the Ordinance governing the trading of electricity.  The amendments cancel the Green Certificates paid on the first 200 MWh of electricity consumed each month.  And impose a new tax on power producers – of 80% of any revenues earned over and above 450 lei / MWh (EUR 90/MWh).  Fossil fuel generators can be exempted from the tax.

Speaking at the 10th Romanian Energy Day on 26 October in Brussels, WindEurope CEO Giles Dickson already warned of the negative consequences of the proposed measures on wind energy if they were passed into law.  The current high electricity prices are due mainly to high gas prices, and most of the rest is attributable to high CO2 prices, according to the European Commission.

The EU Commission has presented a toolbox to guide EU Member States on how to deal with the current high gas and electricity prices.  It gives no cover for retroactive charges on power producers such as those now implemented in Romania.  It discourages imposing unplanned, retroactive changes on the revenues of those producing energy.  Instead it recommends Member States support consumers through other means such as general taxation or through using the auction revenues from the EU’s Emissions Trading System.

“The amendments approved by the Romanian Parliament and enacted by the President go totally against the Commission’s toolbox.  They make it more expensive to operate existing wind farms.  And they send an extremely negative signal to those thinking of investing in new wind farms in Romania”, said Dickson.  “The new tax assumes that all energy producers are selling electricity on the spot market.  But they’re not.  Some are on long-term contracts with fixed prices.  These wind farms would now risk losing money on the power they produce.”

In Spain, where the Government tried to impose similar measures, many existing wind farms stopped operating, the construction of many new wind was put on hold and new investments fell.  Romania could face the same consequences, just as it prepares for its second wave of wind energy expansion.  Romania’s Energy and Climate Plan envisages the expansion of wind from 3 GW today to 5.3 GW by 2030.  And their Recovery and Resilience Plan includes new investments in the transmission network to support this.  Discussions are also ongoing between the Government and the European Bank for Reconstruction and Development about a possible auction scheme for the further build out of wind using Contracts-for-Difference.

Romania’s first wave of wind energy build-out generated €8bn worth of economic activity, and wind can generate significantly more in the future.  The wind energy sector in Romania has been working to ensure that the further expansion of wind benefits Romanian citizens at large.  In May the Romanian Wind Energy Association (RWEA) launched a Code of Good Practice giving guidance to wind farm developers on how to engage local communities to ensure they see the benefits of wind.

And the Romanian wind industry is working to ensure the energy transition is just and fair by supporting the reskilling of coal miners to work in wind farms.  There is already one training centre for renewables in Romania: the Monsson-Renewable Energy School of Skills in Constanta.  They are now replicating this in the Jiu Valley, a traditional coal-mining region.  In September they inaugurated a second reskilling centre there – the RenewAcad centre in Petroșani.

“The new measures could jeopardise all these developments”, concluded Dickson.