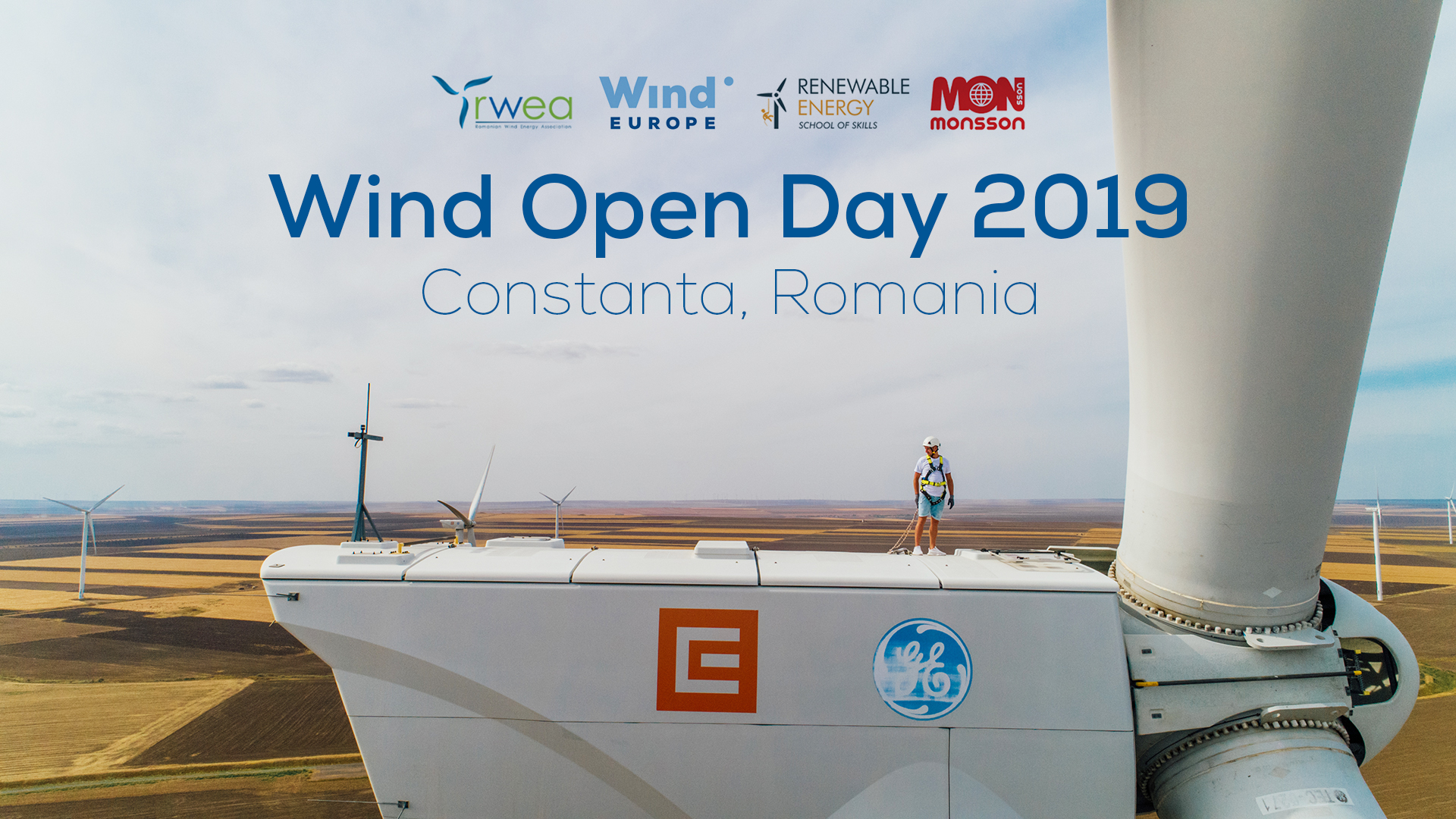 For the energy transition to succeed, it must be just. This means making sure that coal regions are not left behind. It means training fossil fuel workers so they can work in renewables. And it means showing that wind energy delivers jobs, prospects and a promising future for coal workers.

It’s in this spirit that the Romanian Wind Energy Association (RWEA) organises its annual Wind Open Day in Fântânele-Cogealac. Europe’s largest wind farm, CEZ, is located there, and this year’s Wind Open Day was dedicated to a professional reconversion programme for miners. The technical and professional skills of technicians in the mining sector are easily transferable to the renewable energy and distribution sectors, when provided with the right conversion training and certifications.

50 men and women from the mining community in the Jiu Valley visited the wind farm and discussed the reconversion programme. The Jiu valley was once an economic powerhouse. But – like other coal-heavy regions – almost all the mines there have now closed, leaving cities and communities behind. The Valley has lost about half its population since 1990. Local government, unions, NGOs and social entrepreneurs have all tried to breathe new life into the region.

“Romania has not only a significant potential for increasing the share of energy produced from renewable sources, but also the responsibility to offer a future to the mining communities that have contributed so much over time to the country’s industrialisation. A just energy transition includes modernising the economy of coal-dependent regions and adapting them to ensure that communities are not left behind”, explained Claudia Brânduș, RWEA President.

There is already one training centre for renewables in Romania: the RESS – Renewable Energy School of Skills, located in Constanţa. So far, it has trained 4,500 people to international standards. They now provide maintenance for the 3 GW of wind installed in Romania, in addition to working on projects in other countries. RWEA’s aim is to replicate this success story on the other side of the country in the Jiu Valley, with the new Academy.

The miners invited to visit the CEZ wind farm in Fântânele-Cogealac also visited the RESS centre and were very enthusiastic about the project: “It’s different from the work we do, to be 400 meters under the ground. Working under the sky seems better, my family thinks this would be better for me” said Dumitru Nicolae, a miner from Petrosani.

Mines may be closing down, but new opportunities arise. Wind alone won’t solve everything, but it can definitely make its contribution to what should be a collective effort. With this initiative, the Romanian wind sector, university partners and the government are setting a precedent in Europe and showing the way well beyond Romania.