With the right reforms, Romania could reap the rewards of wind | WindEurope
Close

With the right reforms, Romania could reap the rewards of wind 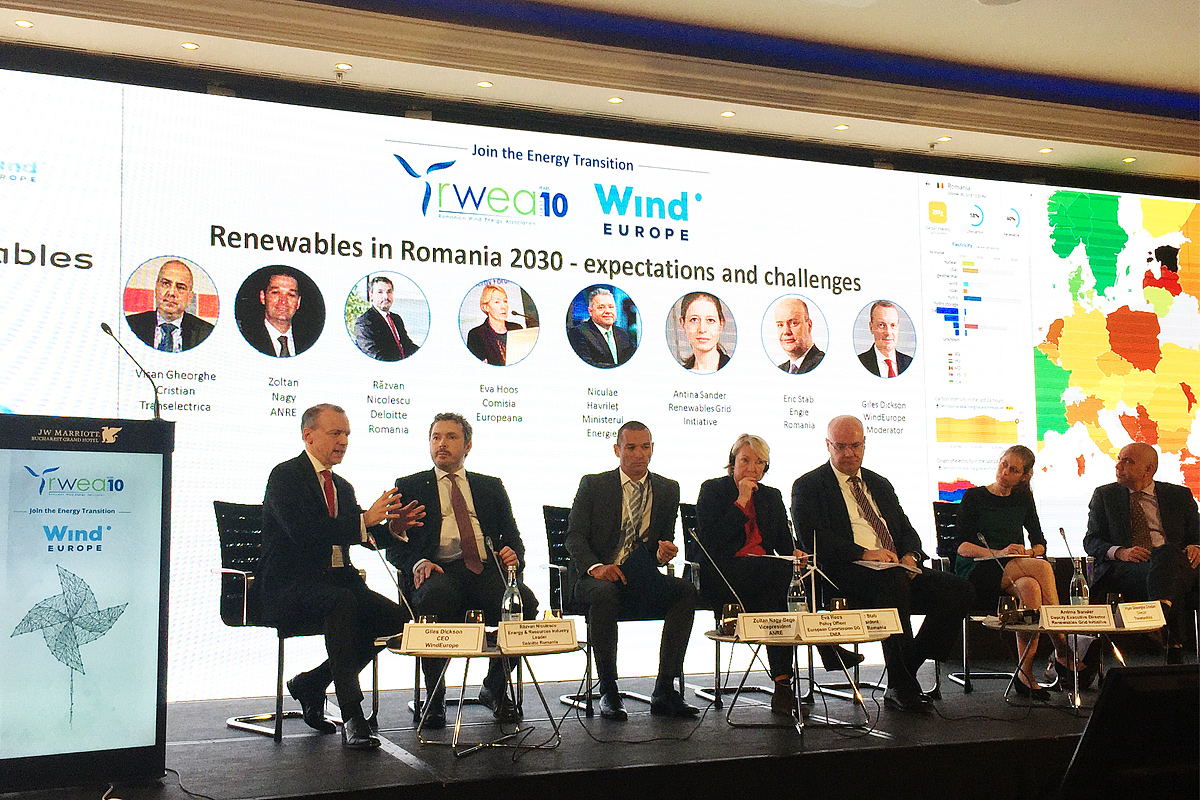 Romania should harness onshore wind to meet growing demand for electricity instead of investing in conventional power – this was the message WindEurope CEO Giles Dickson told the annual meeting of the Romanian Wind Energy Association in Bucharest today.

Wind energy provided 12.2% of Romania’s electricity last year. With a more flexible grid and interconnectors to neighbouring countries, the share of wind and other renewables in Romania’s electricity could rise to 35% by 2030. This potential should be reflected in the draft National Energy and Climate Plan that Romania (and all EU countries) must submit to the European Commission by the end of 2018.

The International Renewable Energy Agency has highlighted the enormous potential for wind energy in South East Europe: 532 GW. But this potential is not being realised in Romania and in the wider region because regulatory uncertainty has pushed up the cost of capital. Romania has the opportunity to drive ambition on renewables in the region when it takes over the EU Presidency in January 2019.

WindEurope CEO Giles Dickson said: “With electricity demand predicted to rise in Romania, the country urgently needs to invest in new power capacity. Onshore wind is now the cheapest form of new power in Romania and many parts of Europe. And it’s reliable. And it’s getting easier and cheaper to integrate it in the energy system. That’s why so many corporate and industrial power consumers are now buying wind energy. Making huge investments in old fossil fuel technology today makes no economic sense whatsoever. Wind and other renewables could cover up to 35% of Romania’s electricity by 2030, provided there are more flexible grids and with the help of interconnectors to Romania’s neighbours.

“According to the International Renewable Energy Agency, there’s huge potential for wind in South East Europe: 532 GW. But this is largely untapped, despite the green shoots of growth appearing in Serbia, Croatia, Ukraine and Greece. And in Bulgaria, where the government recently passed a law allowing for corporates to sign Power Purchase Agreements. This is because wind farms in Romania and the region cost most than in North West Europe – because recent regulatory uncertainty mean investors demand higher costs of capital.

“To address this, we urge governments in the region to give clarity on their renewables plans and legislation in their 2030 National Energy and Climate Plans. The National Plans should cover the integration of regional energy markets, the development of joint renewable energy projects and long-term decarbonisation and electrification strategies. Investments, economies of scale and cost reductions will only happen when the industry is assured of stable policy and regulation”.