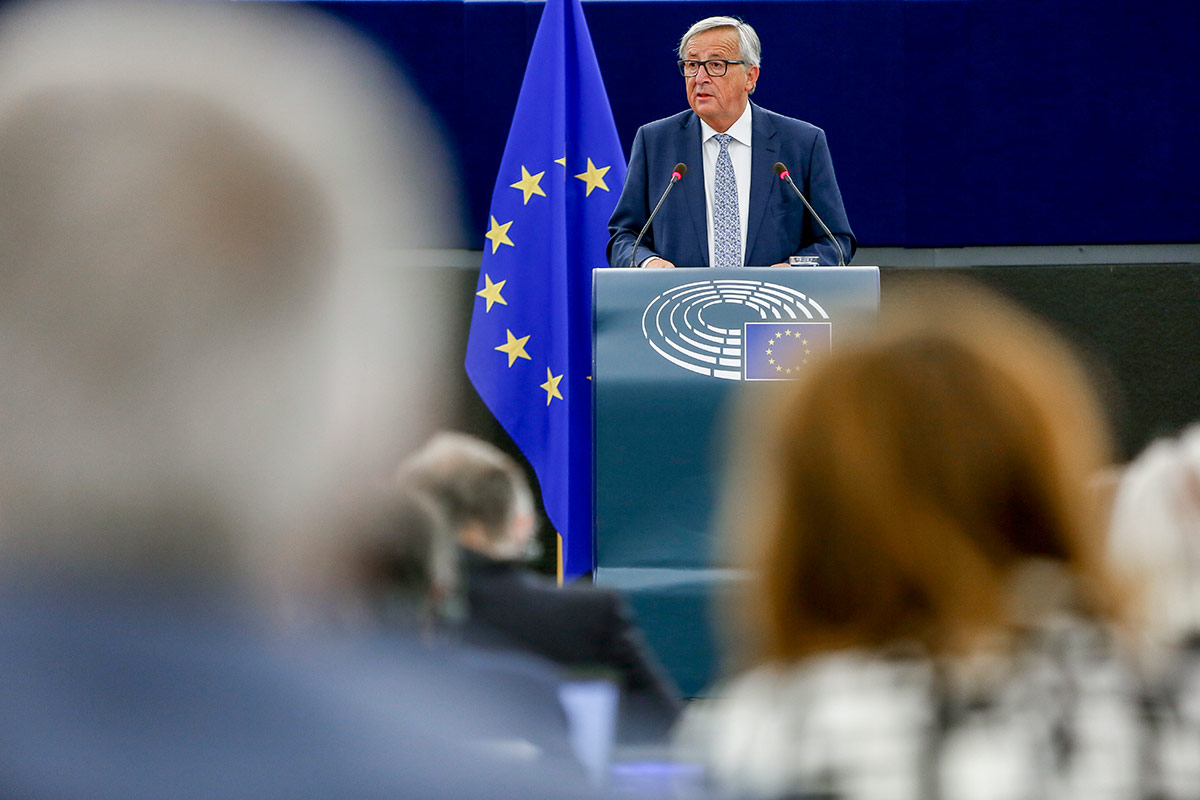 WindEurope welcomed the speech today, in which President Juncker announced the new industrialisation strategy and placed a strong emphasis on climate action. The speech also looked at Europe’s current political and economic landscape and looked ahead to the priorities of the coming year.

“The ‘wind is back in Europe’s sails’,” said Mr Juncker. “We fully agree,” Giles Dickson, WindEurope CEO said. “The wind industry represents around 300,000 high-end jobs in Europe, and the European industry has a 40% share of all wind turbines sold globally. More than 10% of the EU’s electricity now comes from wind. The new industrial strategy will be key to maintaining Europe’s global leadership in wind energy. And as a major manufacturer and exporter the wind industry can be an important player in the new strategy. But we’ll need stable policies and regulation, more ambition on renewables (a 35% target for 2030) and investment in EU-based research and testing. Then we can play our full part in delivering a cleaner and more innovative and digital Europe,” said Mr Dickson.

See the full State of the EU speech