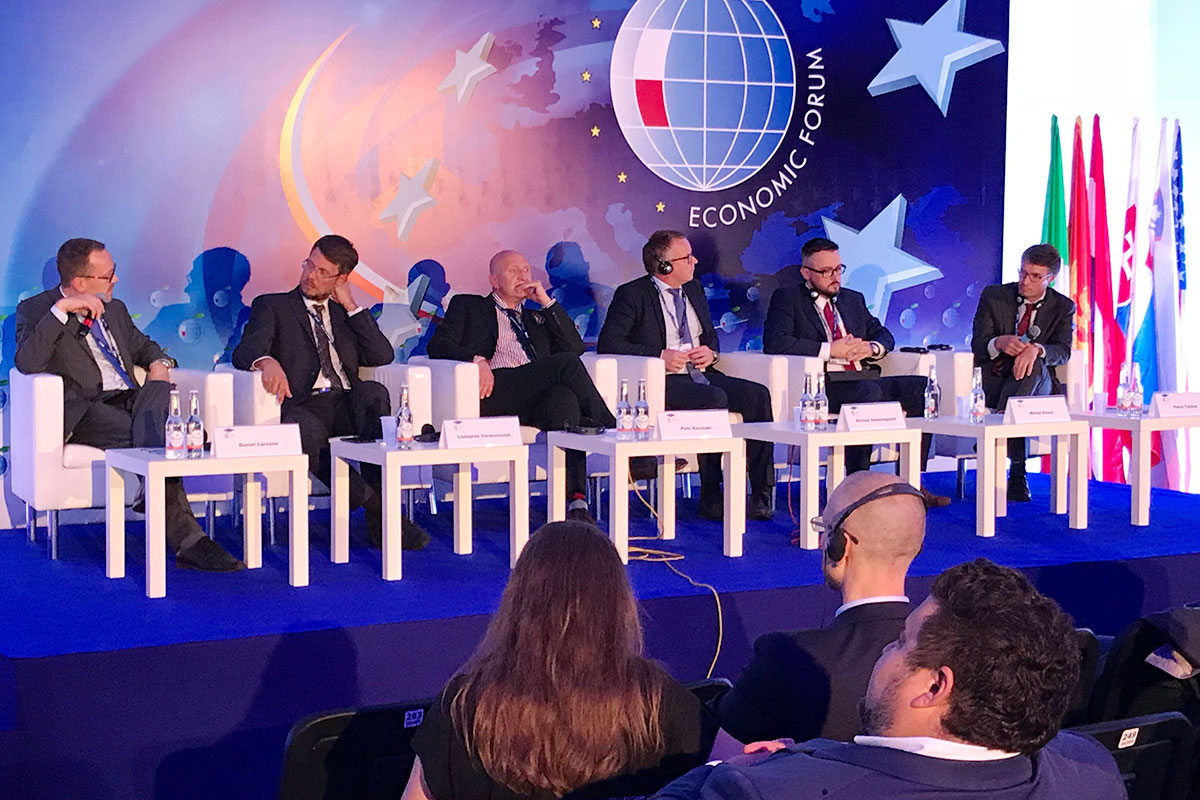 Poland’s premier Forum for business and policy leaders addressed the prospects for the development of offshore wind in the Baltic.

WindEurope was speaking with Michael Simmelsgaard, Head of Offshore Wind at Vattenfall, and Zbigniew Gryglas, chair the offshore wind committee in Polish Parliament, as well as representatives of the Lithuanian and Polish Transmission System Operators.

Mr Simmelsgaard underscored the dramatic reduction in technology costs in recent years and stressed the importance of having an efficient supply chain as a key to making competitive bids in offshore wind auctions. The offshore market is only a fraction of what it will be in just a few years’ time and Poland’s existing supply chain (already producing cables, steel towers and offshore substructures for neighboring markets) stands to benefit greatly.

WindEurope’s Pierre Tardieu noted the industry was very encouraged by the Polish TSO’s announcement earlier this year that, by 2026, the grid would be able to accommodate 4 GW of offshore wind. He noted that European countries were due to finalise National Energy and Climate Plans to 2030 by the end of the year and that the run-up to COP 24 in Katowice would be the ideal moment to commit to offshore wind volumes in Poland.

Mr Gryglas concluded the discussion by insisting Poland could beat expectations and deploy 6 GW of offshore wind by 2030, overshooting WindEurope’s central scenario (3.2 GW). He noted that Poland’s rising energy demand required investments in power generation and stressed the job creation and energy security potential of deploying offshore wind. Citizens and businesses require clean air and a stable and competitive energy supply, said Mr Gryglas, who is committed to making this a Polish specialty.

We will be discussing offshore wind opportunities in Poland on Day Four of the WindEurope 2018 Conference, part of the Global Wind Summit in Hamburg this September.