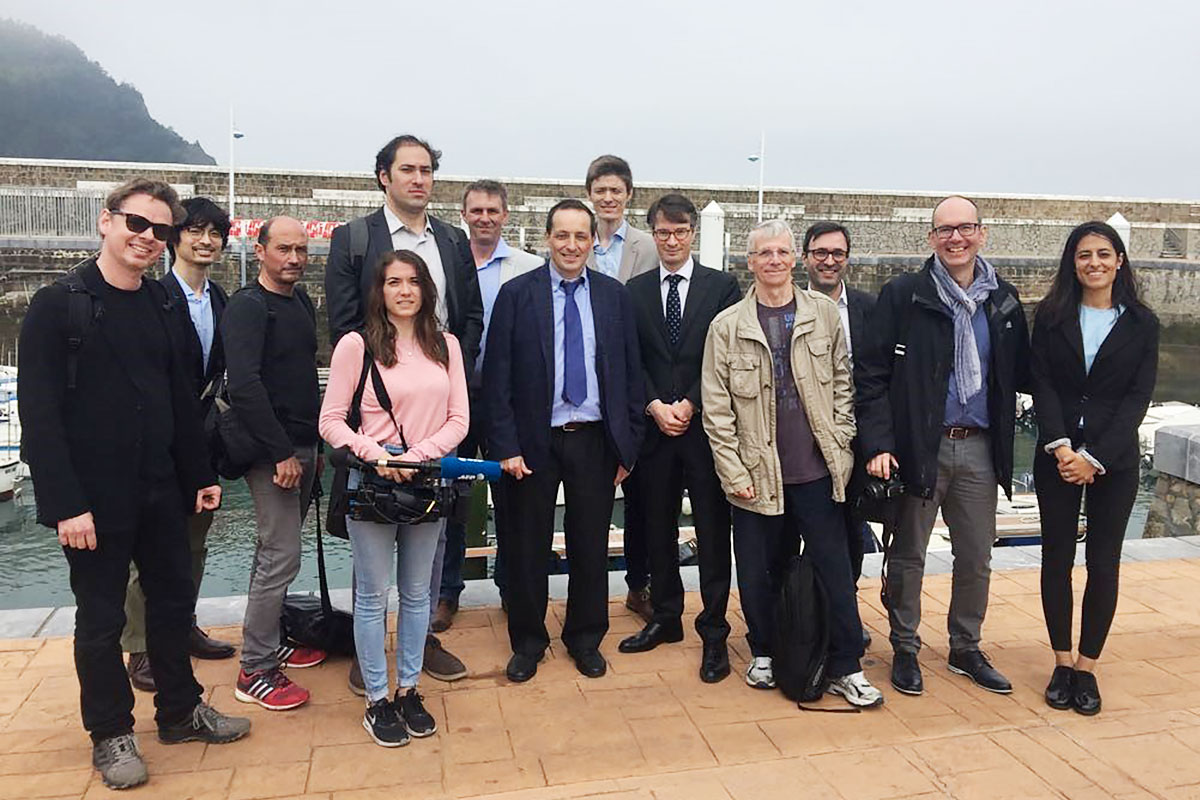 WindEurope led a delegation of European journalists to Bilbao last week for a glimpse behind the scenes of its thriving wind industry.

The Basque Country in Spain has one of the highest concentrations of wind industry companies of any region in the world. Thanks to its port it in Bilbao it is becoming a thriving hub not only for the Spanish wind market but for the European market too.

Despite a low installed wind capacity (around 150MW), the region has developed a powerful industrial network thanks to the pull effect of global leaders such as Iberdrola and Siemens Gamesa Renewable Energy. Thanks to three decades of collaboration with these driving companies, more than 100 companies with an overall turnover of €7.3bn are currently active in the wind industry in an area with a radius of less than 60km. 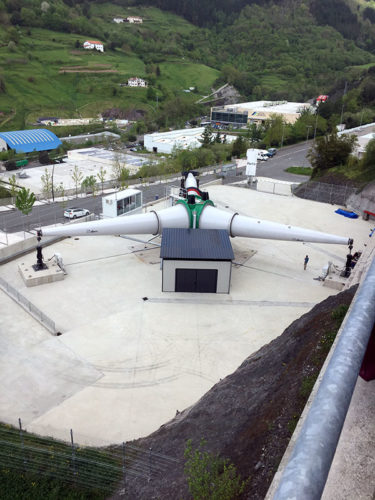 Testing the next generation of wind turbine blade bearings at WINDBOX

Journalists heard directly from the likes of Iberdrola, Siemens Gamesa, Arantxa Tapia (Basque Minister for Economic Development and Competitiveness) and AEE (the Spanish wind energy association) at a dinner at the Guggenheim museum on the eve of the site visits. Joining them were CEOs representing companies across the Basque wind energy supply chain as well as EVE (the Basque energy agency). They all gave their own insight into the importance of the wind energy locally in terms of jobs and investments as well as being a key export.

The first port of call on the site visits the next day was WINDBOX, an advanced manufacturing centre for the wind industry. WINDBOX testing facilities comprise four test benches on which critical components for wind power systems can be tested and validated: the pitch system, the generator, the blade and hub bearings, and the yaw system. These test benches are unique in their kind as they incorporate state-of-the-art technologies and provide operating conditions very close to reality.

Next up was a boat trip to BiMEP, or the Biscay Marine Energy Platform. BiMEP allows manufacturers of ocean energy devices to test their equipment in open seas off the coast of Armintza. Of particular interest was news that the facility would soon be host to Spain’s inaugural floating offshore wind turbine.

The trip concluded with a sneak preview of Haizea Wind Group’s brand new offshore towers and foundations plant in the Port of Bilbao. Located right on the water’s edge in the port, the facility is ideally placed to serve markets in both Europe and globally. The plant is in the final construction stages and once working at full capacity, is expected to provide up to 300 jobs.

WindEurope will be back in Spain next year for its Conference & Exhibition (2-4 April 2019 in Bilbao). The event will be the ideal occasion for 8,000+ industry insiders and 400+ exhibitors to expand their knowledge base, make the contacts they need and to solidify a vision for the future of this rapidly-expanding sector.