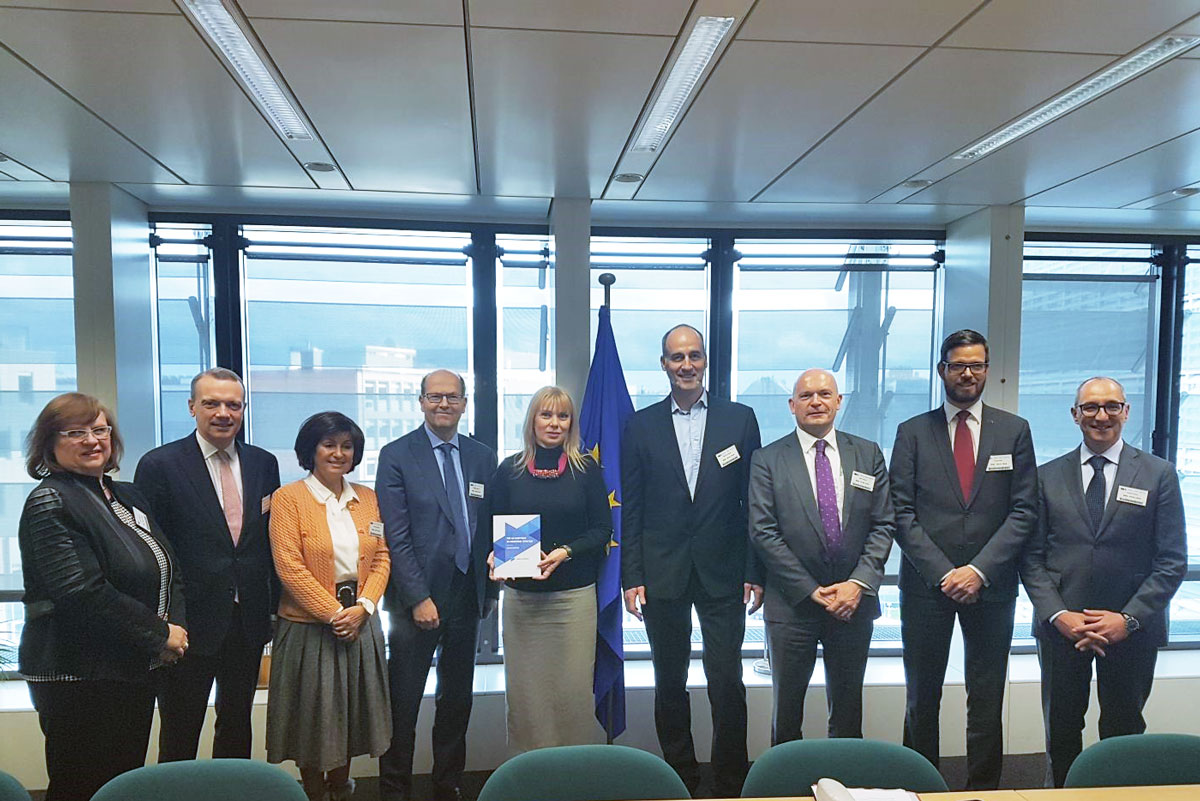 Ms Bieńkowska convened the meeting to discuss the Commission’s Industrial Policy Strategy with the Industry4Europe group (representing 126 manufacturing sectors).  The latter presented a series of recommendations to the Commission on finance, research innovation, and skills training.   Dickson explained how wind had grown into a major manufacturing sector in Europe with factories in nearly every Member State, employing over a quarter of a million people, providing 11% of Europe’s electricity.  He said access to affordable finance is key to unlocking investment in capital-intensive factories in all sectors.  Which means strengthening EU finance mechanisms such as EFSI.

Dickson also said investment decisions in new factories needed to factor in what’s happening to factories in old traditional sectors.  He said investments in the wind supply chain can have positive impacts even on regions that have relied on such sectors. Western Pomerania in Poland was a good example: wind has created 4,000 jobs in a region that used to rely heavily on shipbuilding.  He congratulated the Commission on its recently launched ‘Platform on Coal Regions in Transition’ and gave the example of the German blade manufacturer Euros, who have invested in a new factory in Zory-Warszowice in Upper Silesia.  He encouraged the Commission to deploy the EU Structural Funds in support of such investments: investments from European Regional Development Fund (ERDF) play a key role in support of manufacturing investments, while investments from the European Social Fund can retrain workers from traditional industries.

Turning to digitalisation, Dickson said the digital single market and proper regulation of data would be one thing that would benefit Europe competitively vis-à-vis non-European regions. He provided participants with copies of WindEurope’s latest report, When Wind goes Digital.