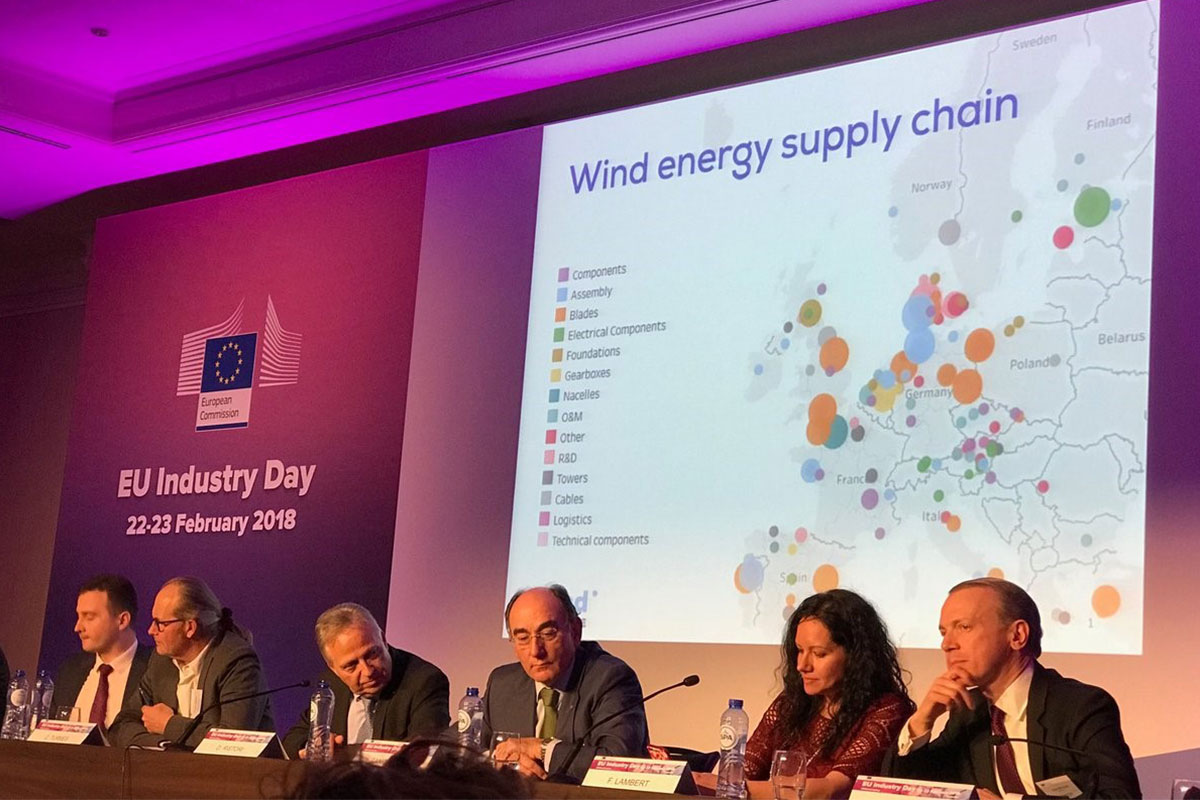 Giles Dickson stressed: “The wind industry supports 263,000 jobs in Europe and contributes €36bn to EU GDP including €8bn exports. Some municipalities get 10% of their budget from wind power, and we’re helping communities transform economically.” He illustrated this with WindEurope’s local benefits map and pointed to shipbuilding regions, such as Bremen, Gdansk and Bilbao.

Welcoming the Commission’s initiative on Coal Regions in Transition Dickson referred to Senvion’s blade factory in Żory-Warszowice in Silesia that employs 180 people including former coal workers. The further expansion of clean energy would allow more communities to benefit.

As the negotiations between the European Parliament and Member States on the Clean Energy Package begin, Dickson added: “A 35% renewables target is a must to give market scale and sustain the economic contribution to society. It means 132,000 more jobs in wind than a 27% target – and €92bn of additional investments in Europe’s economy.”

In view of the next EU budget, Dickson said: “Europe should also tap the wind sector’s potential by prolonging R&D support as it does in the other mature industries. The Framework Programme 9 can, for example, propel bearings over the valley of death in order to increase the share of gearboxes made in Europe after it dropped from 100% to 50% in two years.”

Europe beats China on quality and often on cost but faces competition due to state-backed finance. The EU should take measures to facilitate investments outside of Europe. Dickson reminded the audience that the industry headcount remained flat in 2017 and net exports of Europe’s wind industry went down by 30% partly because imports of steel towers from China and Vietnam have increased.

José Ignacio Sanchez Galán Chairman and CEO of Iberdrola and MEP Claude Turmes also present on the panel echoed the need for ambition on renewables and the necessary acceleration of the energy transition as drivers for European jobs and growth.