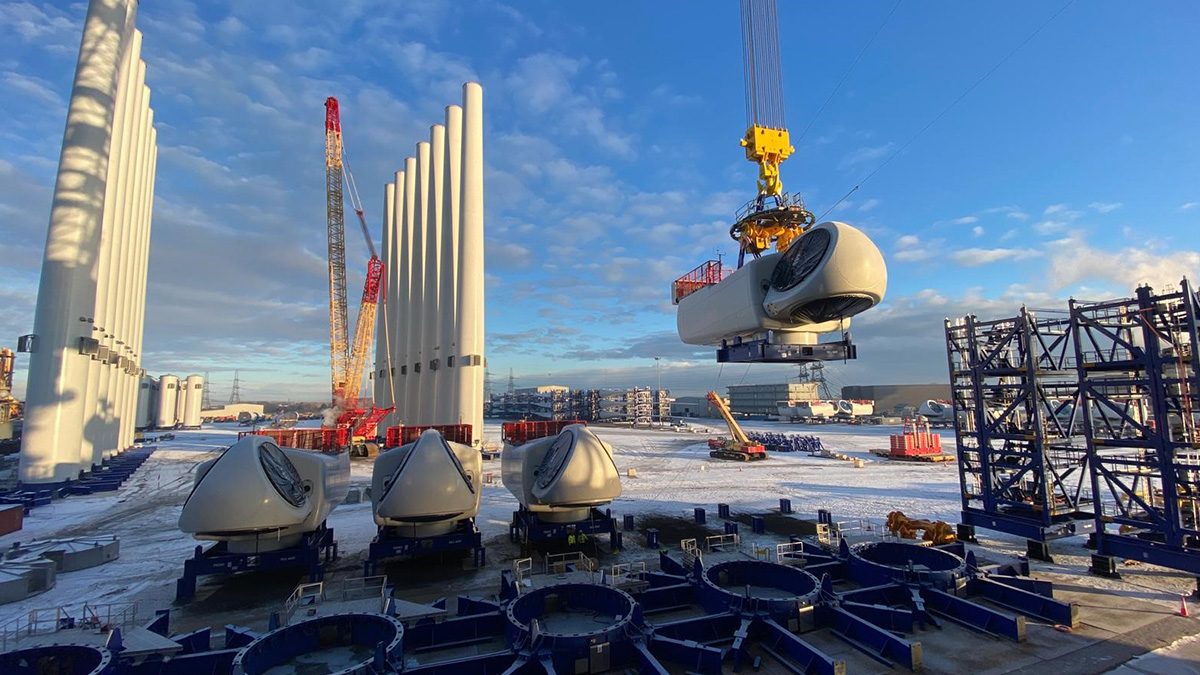 Over the last few months the Swedish Government has made important announcements on offshore wind. Sweden does not yet use the full offshore wind potential its large coastlines offer. But they want to make up the lost ground. And the wind industry is lining up impressive gigawatt-scale projects in Swedish waters.

Sweden is Europe’s biggest net exporter of electricity, largely due to the availability of onshore wind energy. The country now has the fifth most onshore wind capacity in Europe. By the end of the year they’ll have 14 GW.

But the direct electrification of the Swedish economy and first projects for green steel production from renewable hydrogen are increasing Sweden’s electricity demand. It is estimated to more than double between today and 2045, making the case for additional renewables. That’s where offshore wind comes in.

Like its neighbours Finland and Norway, Sweden is late to the offshore wind game: they only have 192 MW today and have built nothing since 2013. They regarded onshore wind as a cost-efficient alternative. They haven’t run any auctions or offered any form of public financial support for offshore wind.

But several big announcements in the past few months hint at the possibility of rapid growth in offshore wind in Sweden in the second half of this decade.

Sweden already has a very high share of renewables in electricity. 75% of all electricity comes from renewables. Hydro power makes up 38%, wind energy 22%. But the Swedish Government has identified offshore wind as one of the main energy sources to further reduce energy imports from Russia and elsewhere.

So far offshore wind development in Sweden was primarily driven by developer investment plans. Developers had to select suitable locations and apply for different permits to construct, connect and operate offshore wind farms.

The Government is now planning to move to a more centralised system of offshore wind planning. They have identified three areas “suited for” offshore wind: in the Gulf of Bothnia in northern Sweden, the Baltic Sea and the Kattegat sea area. And the Ministry of Climate and Environment has tasked the Swedish Energy Agency and other stakeholders to identify areas which could support additional 90 TWh. The Swedish Maritime Spatial Plan will be updated to reflect these areas by 2024.

Sweden might well become one of Europe’s hottest offshore wind markets. The wind industry stands ready with an impressive pipeline of projects. 15 GW are currently applying for permits and could come online before 2030. The total project pipeline even encompasses 90 GW in different stages of development. Most of them would, however, not come online before 2032.

Among the most impressive project proposals is OX2’s plan to build the 5.5 GW Aurora offshore wind farm between the islands of Gotland and Öland. This project alone could cover around 17% of Sweden’s electricity consumption. OX2 has applied for permits to build two other gigawatt-scale projects in Sweden’s Baltic Sea –­ the Galatea-Galene project with 1.7 GW and the Triton project with up to 1.8 GW. Iberdrola, SVEA Vind Offshore, Njordr Offshore Wind, wpd, Orsted, RWE and Vattenfall are also planning bottom-fixed projects in Sweden.

On top of that the industry is also seeking to build floating wind turbines in Swedish waters. Freja Offshore, a joint venture between Aker Offshore Wind and Hexicon, is moving ahead with plans for floating offshore wind in Sweden. The venture has a pipeline of four floating wind projects with a combined capacity of 8 GW in Southern Swedish waters. Other companies planning big floating wind projects in Sweden include Simply Blue, Deep Wind Offshore, Njordr Offshore Wind and RWE.

Renewable hydrogen production from offshore wind features in some of the plans. Sweden is playing a pioneering role in green steel and e-fuel production with several projects set to be commissioned before 2030, among them the H2 Green Steel and the HYBRIT projects. Vattenfall and Sweden’s largest fuel company Preem are currently taking out feasibility studies to connect hydrogen production from offshore wind to the refining industry on the Swedish west coast.