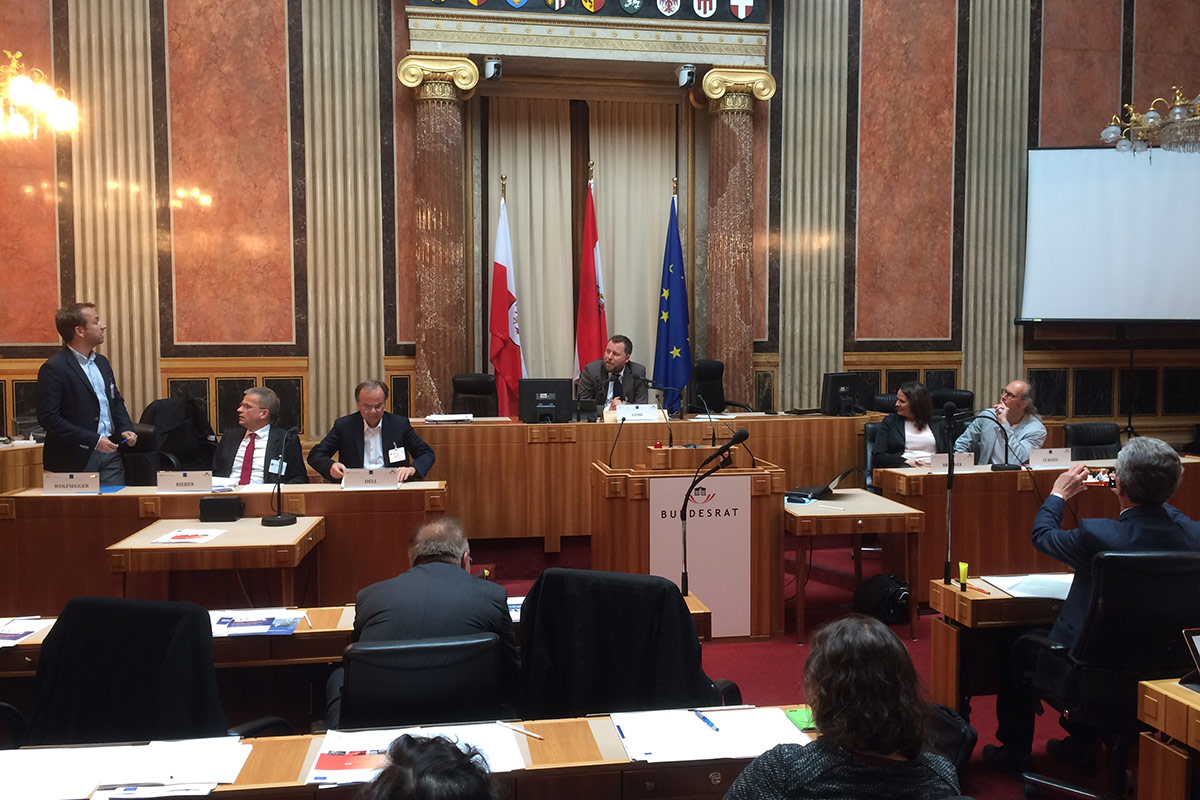 WindEurope seized the latest EUFORES parliamentary workshop in Vienna to advocate for more ambition on renewable energy. Member of European Parliament Claude Turmes (Greens – Luxembourg), Members of the Austrian Parliament, and stakeholders from the Austrian and European energy sector discussed opportunities and challenges of the European Energy Union. Austria has a renewable energy share of 33%. It is expected to play an active role in shaping the EU Clean Energy Package in the run-up to their 2018 EU Presidency.

From the Austrian Ministry of Science, Research and Economy, the Head of the energy section, Michael Losch, pointed to declining investments in renewables in Europe. The Austrian Government is currently working on amendments and a new energy strategy, which they will publish by summer. Sector coupling and energy trade will play an important role, according to him.

MEP Claude Turmes reminded policy makers that physics beat economics. Europe has to get to zero emissions by 2050 and should acknowledge – similar to Bill Clinton – that when it comes to renewables, “it’s the investments, stupid”. For this reason, we need a carbon budget, higher renewable energy targets and national benchmarks. In the European Parliament, Turmes is the rapporteur on the Energy Union Governance Regulation and is set to publish a first draft of his report soon.

Host and Chairwoman of the environment committee in the Austrian parliament, Christiane Brunner, called for a debate driven by figures instead of ideologies. She stressed that the vote of the EU Clean Energy package will take place under the Austrian EU Presidency. In response to remarks of the wind industry, she called on trade associations and companies to explain governments the opportunities and promote the economic benefits of wind power and other renewables.

Austria has been a progressive force for renewables in the past. WindEurope, together with IG Windkraft, will reach out to the Austrian government again so that they defend priority dispatch for existing installations and emission performance standards for capacity remuneration schemes. We will also call on them to improve the legislation for repowering and take an ambitious stance on the post-2020 renewable energy framework in the run-up to their EU presidency.