This month, we sat down with Richard Carroll, Global Head of Renewable Energy at AXIS Capital, to discuss the risks facing developers and the benefits of industry-wide collaboration. 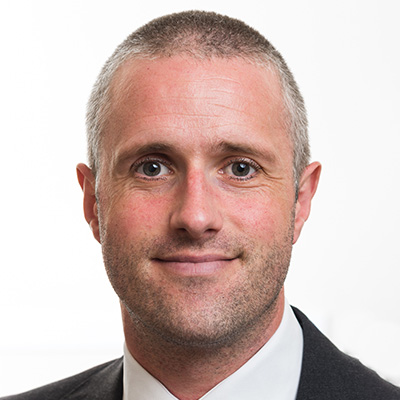 Can you tell our readers a little about your organisation?

AXIS is a specialty insurer that covers a range of risks including property, casualty, cyber and renewables. AXIS launched its renewable energy business in 2010 and the team has grown to over 30 people insuring projects globally. This makes us one of the largest and most experienced teams in the industry. We insure wind power (on- and offshore), solar PV and battery energy storage. Over the past decade we have supported most major developers in the wind industry in their transition to a more sustainable future.

The most exciting development I see is the speed of technological change. These changes have helped to significantly reduce the cost of wind energy, but also raise some potential issues.

The focus on lowering the cost of energy has meant that turbines have grown quickly in size, and some design issues are being discovered during early operation, or even while projects are still under construction. Because the industry is constantly addressing new design issues, turbine manufacturers are often developing new solutions to problems, which means there can be a lack of continuity from one manufacturer’s model to the next. As insurers, it is our role to help the renewable energy industry identify and navigate these new and emerging areas of risk.

The key change I’d like to see is closer collaboration between all parties in the wind industry. We are an industry that still needs to mature in the way that it deals with some of its problems. For example, we are seeing that new, larger turbines are more prone to being hit by lightning as the lightning protection systems haven’t scaled in the same way the turbines have. Often the insights that are gained from these incidents are not shared openly throughout the industry. This means that each OEM, developer and operator has to learn how to manage these issues independently, rather than collectively. Sharing this kind of data more openly would accelerate progress across the entire industry, enabling the industry to move forward much faster.

Without insurance the financial burden of building a project would be too much for many developers. In the future I see us continuing to support developers in this way, but also helping companies to really understand the risks that their projects face, whether it’s based on location, technology or any other factor. As the industry continues to mature, I hope the collaboration that I described earlier will allow fewer projects to suffer from the related issues I’ve mentioned. Having an industry-wide understanding of best practices will make a huge difference to the industry’s future.

The benefits of WindEurope membership are simple: through their events and by being members of different working groups, we’ve been able to understand the perspectives of other people in the industry and meet people who we otherwise would not have had the chance to meet. This is where the seeds of collaboration are likely to be sown.

Find out more about AXIS Capital