Interview with Chris Peeters, President of WindGrid and CEO of Elia Group

This month, we spoke with Chris Peeters, President of WindGrid and CEO of Elia Group, to look at their role in developing vital infrastructure for wind energy, and to discuss the importance of European cross-border collaboration on energy projects. 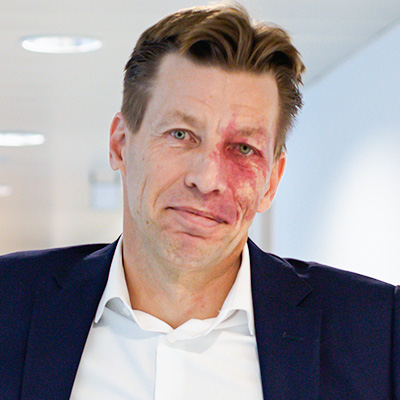 Can you tell our readers a little about your organisation? (general history in Europe, countries in which you are active, specific projects you are involved in, industry players you have worked with, etc.)

WindGrid is a new organisation: official approval for its establishment was granted in February earlier this year. As a subsidiary of Elia Group, WindGrid was founded in order to further our impact on the energy transition – it will focus on delivering the infrastructure that is needed to bring offshore wind energy back to shore.

The skills required for the development, construction, integration and operation of offshore electricity networks are becoming increasingly technical and specialised, since hybrid (or multi-purpose) interconnectors, island solutions and other complex integration solutions are emerging as the new norm. We will be able to provide the skills and know-how that are needed to meet the requirements associated with these through WindGrid. Over the past couple of decades, Elia Group has been able to acquire solid expertise in offshore development in two distinct markets (Belgium and Germany) and two seas (the North Sea and Baltic Sea).

The offshore projects we have worked on have involved a wide range of innovative types of technology, and our teams have executed and operated their respective projects with a high degree of reliability and quality.

The sector has been able to ride down its cost curve, making offshore wind a leading technological choice for driving the energy transition forward. Moreover, the emergence of hybrid interconnectors and hubs will allow countries that produce excess amounts of renewable energy to work with countries that will need to import their renewable energy from their neighbours – in turn, ensuring that the energy transition can be achieved efficiently.

Currently, there is an important mismatch between the European Commission’s “Fit for 55” package and the actual progress being made on its climate and energy targets. Indeed, the goals included in the EU Green Deal will only be reached if Europe’s renewable potential is fully harnessed and the energy that is produced is efficiently transported to its consumption centres. Increased cooperation between Member States will be imperative for this, as some countries have limited onshore wind and photovoltaic energy potential and/or do not have (sufficient) access to offshore renewable energy sources.

During the WindEurope Annual Event in Bilbao earlier this year, Elia Group presented a white paper on promoting hybrid offshore interconnectors. The proposals we included in the paper aim to provide incentives for countries with different amounts of renewable potential to collaborate and de-risk the investment provided by wind generation and transmission developers. If our proposals are adopted, they will form an important part of the solution for Europe to reach its goal of 300 GW of offshore wind capacity by 2050.

Both Elia Group and WindGrid will further promote and develop grid solutions that de-risk and accelerate the development of offshore wind energy: we will do so in terms of the infrastructure used; the management of the system; and in terms of regulatory considerations – providing a fair return for all players across the value chain.

WindEurope provides its members with a platform that brings all players from across the value chain together, encouraging discussion, debate and new partnerships. We see it as a good starting point when seeking out conversations and possible collaborations with companies that have a similar recognition of the need to accelerate the pace of the energy transition and focus on the expansion of wind power. We very much enjoyed the many discussions we had with peers and wider stakeholders during the WindEurope conferences in Copenhagen (at the end of last year) and Bilbao. We are looking forward to the exchanges that are yet to come.

WindGrid aspires to be a key player in the development of infrastructure that will bring offshore wind energy to shore and integrate this energy into the onshore grid. As a member of WindEurope, we hope to bring insightful contributions to the table, reinforcing the development of joint solutions that will allow our sector to thrive.

Find out more about WindGrid