Interview with Oleg Sõnajalg, Co-founder and Board Member of Eleon | WindEurope
Close

Interview with Oleg Sõnajalg, Co-founder and Board Member of Eleon 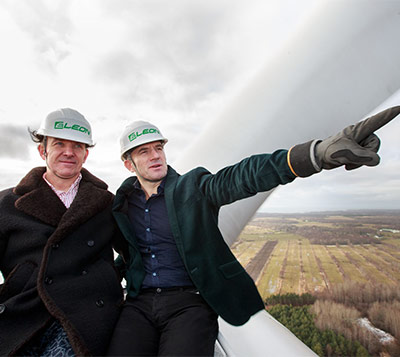 Can you tell our readers a little about your organisation?

Established in 2007, Eleon AS is an Estonian-based technology innovation company focusing on the development and manufacturing of multi-megawatt-class direct drive wind turbines. The first of Eleon’s patented technology-based direct drive windmill prototype, Eleon 3.4M, was erected in 2013 to Saaremaa, Estonia.

Eleon 3M116 has successfully completed all grid tests and the turbine is producing approximately 30% more electricity than any other wind turbines currently built in Estonia in similar wind conditions. Serial production of Eleon 3.4 MW is on-going and currently Eleon is building a 100 MW reference wind park with 30 turbines.

Patents for the Single-side Supported Direct Drive (SSDD) concept have been obtained and established in 55 major industrial countries. All the patents are owned by Oleg Sõnajalg and Andres Sõnajalg, the founders of Eleon AS.

Eleon has worked with multiple International companies and universities to develop its product. Just to name a few: Aalto University, Tampere University of Technology, University of Rostock, Windrad Engineering GmbH, WINDnovation Engineering Solutions GmbH, Liebherr, ABB, The Switch and Mita-Teknik.
Thanks to extremely light-weight technology and a unique business model, Eleon is the only successful wind turbine start-up from the 2000s, having operated since 2007 without ever experiencing any economic setback. The company has a share capital of €105 million, with no debts.

The wind power industry has been changing fast and we are happy to notice that it has become more and more competitive compared with other energy sources. Development of large onshore and offshore wind parks have been a huge influence in tearing down wind energy costs and thus validating renewables in people’s eyes.

Wind power is starting to compete successfully with heavily subsidised non-renewable energy sources while building new industries, creating hundreds of thousands of jobs and providing a clean, renewable alternative for our energy needs. Also, politicians around the world have noticed what is needed in the fight against global warming, and renewable energy has a huge role to play to cope with the challenges ahead.

Since wind energy is less and less subsidized at state level all over Europe, many new challenges will emerge to reduce costs of the wind energy. In our eyes, this opens up new opportunities for companies who bring new innovative technologies to the market.

It is not possible to endlessly reduce the prices of current conventional technology: the limit is the cost price. For further reductions, new and more efficient technologies are needed. As wind turbines grow bigger and bigger, it is important to rapidly decrease the weight and dimensions of nacelles. Reduced weight and dimensions means reduced wind turbine cost price.

Eleon has developed its patented SSDD technology in 3 MW scale over the past 10 years and conducted real environment prototype testing for 4 years. This process has included the participation of over 500 top European engineers and several universities. The results have been astonishing: Eleon 3.4 MW is the most light weight turbine on the market among all types of different concepts, included direct drive and geared design.

The Eleon 4.0 MW direct driven PM generator, which is currently produced by ABB, weighs only 49 t. We know that we have developed a top-notch light-weight technology that can compete with every other turbine manufacturer in the world. Based on our achievements, our larger mission is to enhance the competitiveness of wind energy by significantly reducing the wind turbine cost price while increasing efficiency and therefore contributing to making wind power more affordable.

In general, WindEurope has benefited us with valuable information in the field of the wind industry. WindEurope has done a lot to promote wind energy in Europe, and we are hoping to have a closer partnership with WindEurope in the following years.

Ten years is a not a long time in this industry, but our aim is to establish Eleon AS as an important actor in the wind turbine market all over the world.

On top of scaling up the manufacturing of Eleon 3M116 turbines in Estonia, our main aim is to develop a 10+ MW MAMMOUT onshore and offshore wind turbine, together with our international partners. Eleon MAMMOUT will be the utmost light-weight 10+ MW wind turbine on the market and is designed to be logistically easy to handle also onshore.

Find out more about Eleon 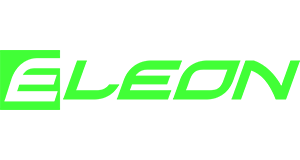