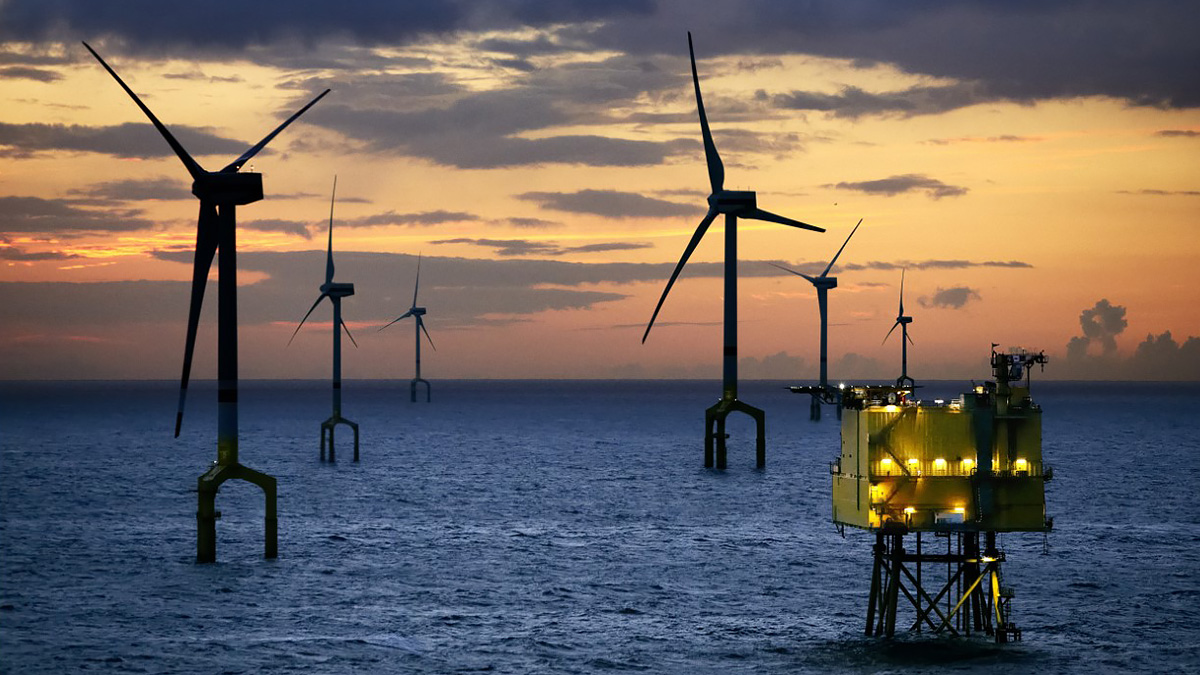 Electrification is the most cost-effective way to decarbonise Europe’s economy. Direct and indirect electrification will make up 75% of Europe’s energy demand by 2050. The European Commission wants wind to be half of the EU’s electricity by then. However, this can only happen if power grids are optimised and expanded in a timely manner.

Hitachi Energy and WindEurope have published a new report that shows how Europe’s power grids need to be developed proactively to enable Europe’s climate neutrality by 2050. The electricity grid will be the backbone of an energy system dominated by renewables. A net-zero energy system largely running on renewable electricity can remain reliable and resilient. But Europe’s electricity grid needs to be expanded, reinforced and optimised.

Europe currently invests €40bn a year in its power grids. However, annual investments need to double over the next thirty years to up to €80bn a year. Without these investments we will miss our climate goals. Power grids are a vital part of Europe’s future energy system. Despite an increase in grid investments, the more efficient, largely electrified energy system of 2050 will cost no more as a share of GDP than it does today.

The third EU energy package is a step in the right direction with its planning process for transmission grids, the Ten Year Network Development Plan and network codes across Europe. However, with the speed required by the climate goals, further improvements are needed. A number of practices can be improved immediately:

Building a future-proof grid is not limited to just new electricity cables. They will also have to offer new functionalities that are unique to a renewables-based energy system. The technologies such as HVDC, superconductivity and multi-terminal setups with multiple vendors already exist. Now we need to roll them out. Digitalisation will also be critical to achieve the required speed and scale.

WindEurope CEO Giles Dickson said: “The EU Commission wants electricity to be 75% of the energy we consume by 2050. This is possible but we need to have concrete plans for Europe’s grids. Without extra investments we simply won’t be able to get the large amounts of green electricity produced by wind farms to where it is needed. Countries also need to improve their planning practices and involve all stakeholders in grid planning. We need more cross-border planning and planning processes at EU level.”

Hitachi Energy CEO Claudio Facchin said: “As the world faces unprecedented challenges we must invest in critical infrastructure like grids by deploying technologies that can help us deliver the speed and scale required to reach our decarbonization goals, while addressing the increasingly important topic of energy security. Many of the key technologies needed for the energy transition have been pioneered and nurtured in Europe and it is important to further foster their development with continued innovation including in policies and regulations, to retain the edge” he added.