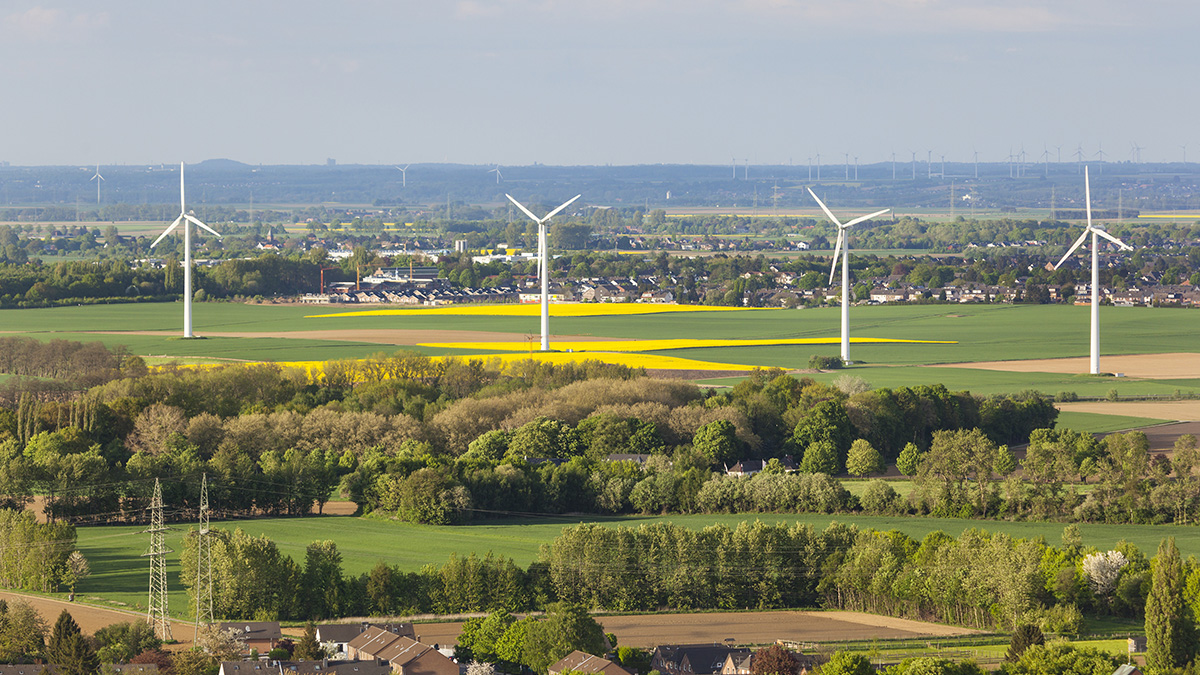 Onshore wind has been stalled for a long time in Poland. The overly restrictive “10H” distance rule that came in 2016 excludes 98% of Polish territory from new onshore wind farms. Poland is about to adopt a new regulation that will relax 10H. The Government has proposed a minimum 500 metres distance between wind turbines and housing. This is in line with the rules in other European countries. The Polish Parliament must stick with it. Any higher distance would mess up the prospects for new onshore wind and the targets the Government have set for it. Poland would then miss its wider energy security targets and would remain too exposed to energy imports from outside of Europe.

The lower house of the Polish Parliament (Sejm) is about to vote on important new energy regulations that will unblock the development of onshore wind. The regulations aim to loosen Poland’s restrictive and controversial “10H” distance rule. 10H means the minimum distance between a wind turbine and housing is 10x the tip height of a turbine. In practice and for modern onshore wind turbines this means around 2 km. The Polish Government have proposed lowering the minimum distance to 500 metres, which is broadly in line with the European average.

“The Polish Parliament must not mess up the 10H revision if they are serious about energy security. The minimum distance between housing and wind turbines must be 500 metres. Anything higher and Poland will struggle to meet its renewables targets and will remain more exposed than it wants to energy imports”, says WindEurope CEO Giles Dickson.

The proposed new regulation would allow municipalities and local communities to build new wind farms at a minimum distance of 500 metres from residential buildings. It will also improve the financial participation of local citizens in onshore wind farms. Developers will have to offer a share of at least 10% of each new wind farm energy to local communities, enabling residents to become prosumers.

Reducing the minimum set-back distance to 500 metres will also boost the Polish economy. It will generate €100-200mn of additional revenue for local municipalities. And it will unlock €17bn worth of orders for products and services along the wind energy supply chain. And wind energy could end up contributing €28bn a year to Poland’s GDP.

“Polish companies and local communities want more wind energy to help bring down their electricity bills and ensure energy independence from Russia. They see it’s reliable and affordable. The public acceptance for onshore wind in Poland is high. And the economic benefits are overwhelmingly clear. Poland would lose out badly if it messed up this opportunity to unlock onshore wind.”, says Giles Dickson, WindEurope CEO.

Electricity from wind is 5 times cheaper than conventional fuels in Poland today, the Polish Wind Energy Association PSEW have established. They estimate that onshore wind development without 10H will create 51,000-97,000 thousand new jobs by 2030.

The changes to the 10H regulation are expected to be adopted at the next working session of the Sejm on 25-26 January, a governmental spokesperson confirmed last Friday.