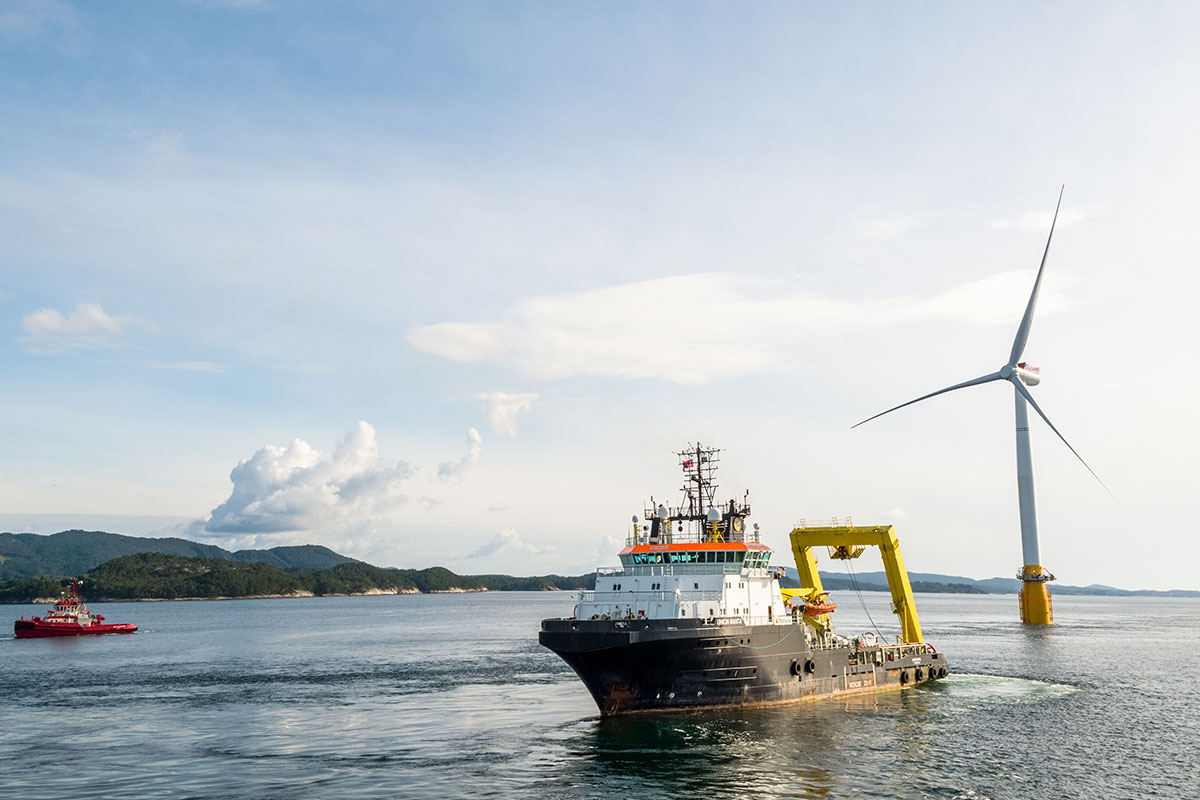 2017 was a record year for offshore wind in Europe according to statistics released today by WindEurope. Europe installed 3.1 GW of new offshore wind, taking total capacity to 15.8 GW, an increase of 25% in just one year.

13 new offshore wind farms were completed, including the world’s first floating offshore wind farm, Hywind Scotland. The UK and Germany accounted for most of them, installing 1.7 GW and 1.3 GW respectively. Europe now has over 4,000 offshore wind turbines operating across 11 countries, making a total of 15.8 GW of installed and grid-connected capacity.

A further 11 offshore wind farms are currently under construction, and they’ll add another 2.9 GW.  The project pipeline should then give us 25 GW total by 2020. But offshore wind in Europe remains heavily concentrated in a small number of countries: 98% of it is in the UK, Germany, Denmark, the Netherlands and Belgium.

Giles Dickson, WindEurope CEO, said: “A 25% increase in one year is spectacular. Offshore wind is now a mainstream part of the power system. And the costs have fallen rapidly. Investing in offshore wind today costs no more than in conventional power generation. It just shows Europe’s ready to embrace a much higher renewables target for 2030. 35% is easily achievable. Not least now that floating offshore wind farms are also coming on line.”

2017 also saw final investment decisions (FIDs) taken a further 2.5 GW new capacity. These investments are worth a total €7.5bn. This is down on 2016. But it reflects falling costs. Plus the fact that new investments could still get feed-in-tariffs in 2016. The transition to market-based support (auctions) has slowed down new investments, not least there’s a time-lag between winning an auction and confirming an investment. Auctions held in 2016 and 2017 should translate to FIDs worth €9bn in 2018.

Beyond 2020, things are less clear. Much depends what new offshore wind volumes governments commit to in the National Energy and Climate Action Plans for 2030 (NECAPs).

Dickson added: “We’ll see further growth in 2018 and 2019. But the longer term outlook for offshore wind is unclear. Very few countries have defined yet what new volumes they want to install up to 2030. The National Plans governments are preparing under the Clean Energy Package will tell us more. The message to Governments as they prepare their plans is ‘go for it on offshore wind’: it’s perfectly affordable and getting cheaper still; it’s a stable form of power with increasing capacity factors; and it’s ‘made in Europe’ and supports jobs, industry and exports”.