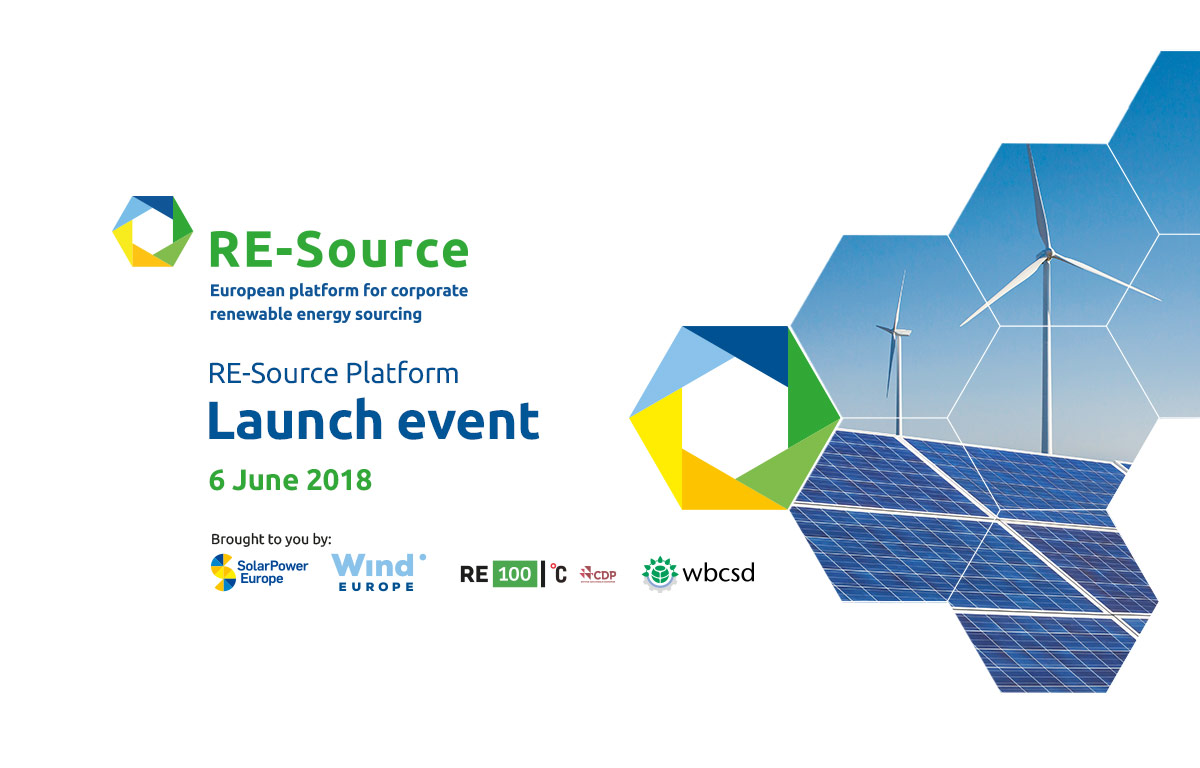 Google, Microsoft, IKEA Group, BT, Danone, Amazon, Enel Green Power, Engie, RES, Norvartis, Iberdrola and Facebook, Inc. have become Steering Group members of the RE-Source Platform, which pools resources and coordinates activities to promote a better framework for corporate renewable energy. The companies were announced today at the official launch of the Platform during the EU Sustainable Energy Week. These major corporate energy users and supply side companies were highlighting the growing demand for clean energy and the need for clear and enabling policy frameworks.

“As the world’s largest corporate buyer of renewable energy, we are excited to support the RE-Source platform to accelerate the growth of renewables in Europe.” – Marc Oman, Senior Lead, Energy and Infrastructure, Google.

The RE-Source Platform aims to raise awareness and accelerate renewable investments and corporate renewable Power Purchase Agreements (PPAs) in Europe. Several deals have been signed in Europe in recent years, providing major corporate buyers with reliable and competitively-priced power, but the potential for more is huge. In 2017 more than 1 GW of PPA deals were signed in Europe and therefore the phenomenon is growing.

“The RE-Source Platform creates opportunities for companies to take an active role in developing the renewable energy market and be part of the low-carbon economy. By investing in, or enabling renewable energy generation, business can play an important role in tackling climate change.” – Karol Gobczyński, Climate and energy manager, IKEA Group.

The recent growth of corporate sourcing in European markets, like Sweden, the Netherlands and Norway sees them positioned as ‘PPA-friendly’. In the rest of Europe certain regulatory barriers exist, making it difficult for corporate buyers to procure renewable electricity via PPAs. The Clean Energy Package, currently in the final stages of negotiation, is a unique opportunity to provide an enabling framework for corporate sourcing and unlock this huge untapped opportunity to invest in renewable energy. It also highlights the importance of traceability via a fully functioning ‘Guarantees of Origin’ market to help underpin corporate PPAs and investments. According to IRENA’s latest study, getting the policy framework right on corporate sourcing will be key in helping to drive the energy transition.

“Corporate sourcing of renewable energy plays a key role in accelerating Europe’s clean energy transition. We look forward to being part of the RE-Source Platform, which brings together a multitude of stakeholders and voices committed to advancing regulatory frameworks that enable more corporate investments in renewable energy, taking us ahead in our journey towards a greener Europe.” – Adina Braha-Honciuc, Government Affairs Manager at Microsoft.

Find out more about the RE-Source Platform