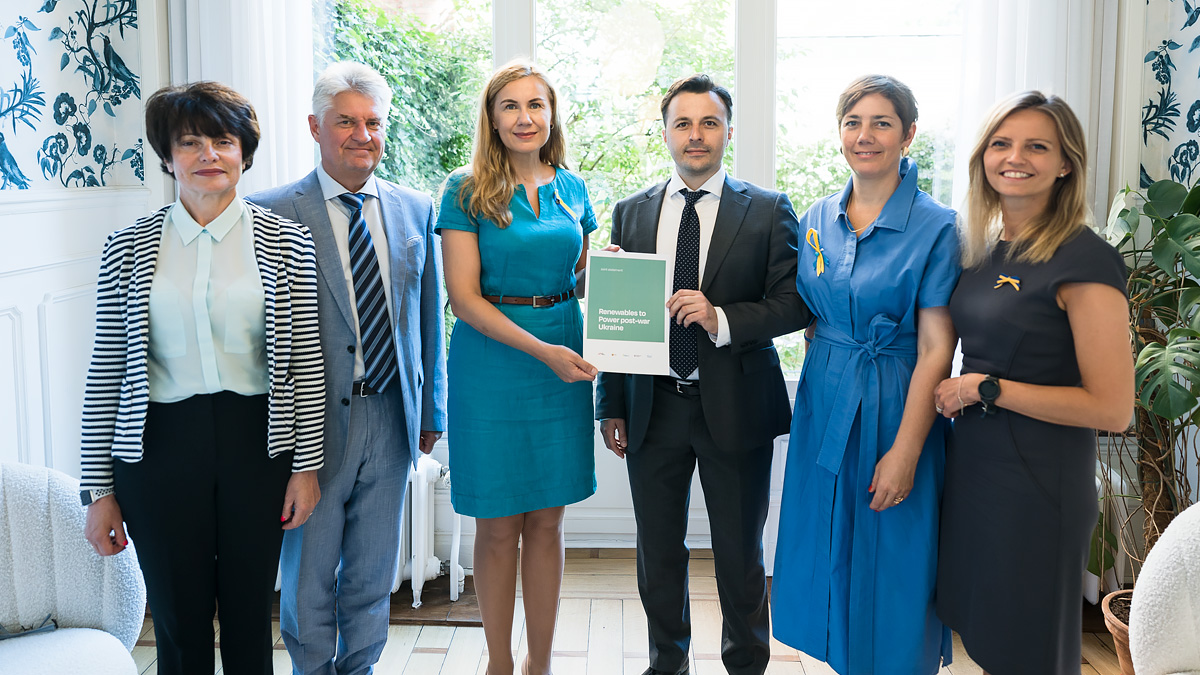 The European and Ukrainian Wind and Solar Associations condemn Russia’s unprovoked and unjustified military aggression against Ukraine in the strongest terms. The European solar and wind community stands in firm solidarity with the people of Ukraine. We hope the human suffering in Ukraine will end as soon as possible.

The Russian invasion of Ukraine has revealed the weaknesses of Europe’s energy system: it’s over-reliance on Russian fossil imports. The Kremlin does not hesitate to explicitly weaponise this vulnerability.

At a hybrid event jointly hosted by WindEurope, SolarPower Europe, the Ukrainian Wind Energy Association (UWEA) and the Solar Energy Association of Ukraine (ASEU) EU Commissioner for Energy, Kadri Simson stressed that the EU is working at full speed to reduce this dependence and strengthen Europe’s energy security. With REPowerEU, its energy answer to the war in Ukraine, the European Commission will put an end to the import of fossil fuel from Russia by 2027. In the meantime, the EU is diversifying its energy supply, ramping up the expansion of renewables and boosting energy efficiency.

On the day of the International Ukraine Recovery Conference (URC 2022) in Lugano, the EU is resolute in its support for the people of Ukraine. The EU will intensify its commitment to drive the recovery of the hard-hit Ukrainian economy. An essential element of this support will be the reconstruction and modernisation of Ukraine’s energy sector. Solar and wind, the most affordable and scalable technologies, will support the country’s independence and prosperity going forward.

At today’s event, the European and Ukrainian Solar and Wind Associations published a joint statement calling on the leaders from Ukraine and the EU to embrace renewables and renewable hydrogen in Ukraine’s post-war reconstruction by setting a target of at least 50% of renewables in electricity production by 2030, through a combination of rooftop and ground-mounted solar, as well as onshore and offshore wind.

The European wind and solar communities stand ready to support Ukraine. To deliver the 50% target, Ukrainian and European leaders should set up a dedicated “Renewables for Ukraine” vehicle as part of the joint Strategic Reconstruction Plan and the Ukraine reconstruction platform.

Andriy Konechenkov, Chairman of the Board of the Ukrainian Wind Energy Association, said: “Living through the 8 years of Russian hybrid war has taught me two things. The first is that Ukraine will never be safe until we have energy independence, and the second is that energy security can never come from fossil fuels. Ukraine’s post-war recovery should be based on renewable energy. 50% share of renewables in electricity generation by 2030 is realistic and feasible target for my country.

Artem Semenyshyn, CEO of the Solar Energy Association of Ukraine, said: “We see right now how solar supports the Ukrainian grid’s resilience – the flexible nature of solar decreases the vulnerability of the energy supply to attack, with solar keeping the lights on in parts of Ukraine. With financial and political support from the international community, the plan to rebuild Ukraine should have the principle of resilience and flexibility at its core. A mandatory solar rooftop programme to support re-building homes would enable lowest cost and clean power security for Ukraine’s citizens.”

Malgosia Bartosik, WindEurope Deputy CEO, said: “Renewables should be at the core of rebuilding a climate neutral, prosperous and energy independent Ukraine. Had we all invested earlier and more decisively in renewable energy, we would not find ourselves dependent on unreliable fossil fuel importers today. Wind was already powering Ukrainian homes and companies before the war. The European wind industry stands ready to support the Ukrainian post-war recovery and strengthen its energy security with affordable and scalable technology, while creating new jobs, supporting local communities and revitalising the Ukrainian economy.”

Walburga Hemetsberger, SolarPower Europe CEO, said: “Ukraine is European, and now a candidate member of the European Union. It follows that we must support Ukrainian renewable reconstruction in line with the Fit for 55 and REPowerEU packages. For the country’s energy security, prosperity, and climate goals, we must maximise the immense potential of Ukrainian renewables, and empower Ukraine to join the continent’s Solar Terawatt Journey by 2030.”