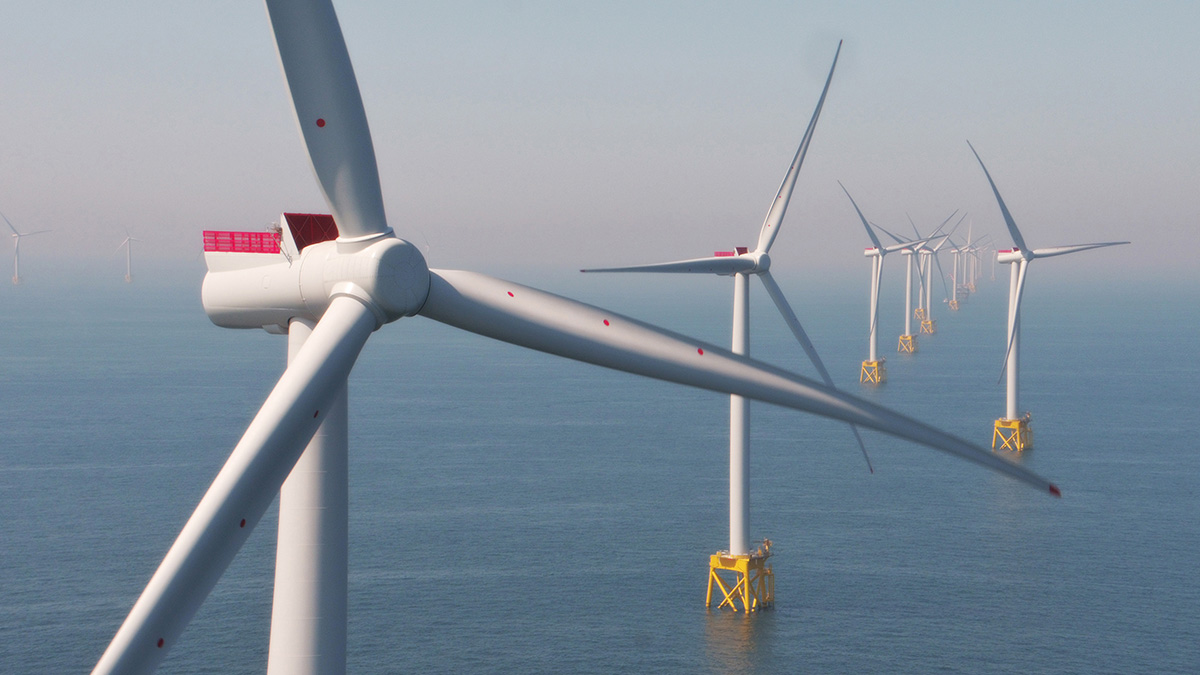 The Department for Business, Energy and Industrial Strategy has announced the results of the UK’s fourth Contract-for-Difference (CfD) auction round (AR4) for renewables. New renewables projects of almost 11 GW were awarded. That’s double what was awarded in the last round and nearly as much as the previous three rounds combined. Wind energy got 8.5 GW, most of it offshore. AR4 cements the UK’s position as the European leader in offshore wind. AR4 also marks a comeback of onshore wind in the U.K. and for the first time awards a floating wind project.

Today the Department for Business, Energy and Industrial Strategy announced the winning bids of the UK’s fourth CfD auction round (AR4). The CfD scheme is the UK’s main mechanism for supporting renewable electricity generation. New capacity of almost 11 GW was awarded, 8 GW of which went to wind energy. Wind energy will continue to be the main driver of UK’s transition to net zero.

The new projects will power 12.5 million UK homes and attract around €21bn in investment, creating tens of thousands of skilled jobs – including a further 16,000 in onshore and offshore wind. The 10.8 GW announced today is equivalent to 14% of the UK’s total current electricity capacity (75.8 GW).

AR4 had an overall budget of €345m and was structured around three different pots.

Pot 1 was dedicated to established onshore technologies, including onshore wind, solar and hydropower. This pot was technology-neutral, meaning that the different technologies compete to get awarded. The total capacity auctioned under Pot 1 was capped at 5 GW. To ensure that the different technologies in Pot 1 have a fair chance to be awarded, the maximum capacity of successful bids for both onshore wind and solar were also capped. In the end the Government will provide a budget of just over €15mn for a total capacity of 3.1 GW.

Pot 2 was dedicated to less established technologies, including floating offshore wind, tidal stream, geothermal, wave energy and remote island wind projects. Here the Government will support a total capacity of 670 MW at a budget of €126mn.

With the TwinHub Floating Offshore Wind Project, a new 32 MW floating wind project went through. It’s a demonstrator project in the Celtic Sea that will be installed on a test site in Cornwall, South-West England. The UK Government just recently acknowledged the crucial role that floating offshore wind will play in the decarbonisation of Britain’s economy. The UK aims to have 24 GW of floating wind in the Celtic Sea alone by 2045, creating a €59bn economy, tens of thousands of jobs and making a sizeable contribution to the country’s energy transition targets.

Wind energy scored another 600 MW offered in Pot 2 via remote island wind projects. To fall under this definition, projects must be located on islands and include a connection between the unit’s generation circuit and the Main Interconnected Transmission System (MITS) that requires at least 50km of cabling, of which 20km must be subsea cabling. Remote island wind projects are onshore wind projects, increasing the amount of onshore wind capacity awarded across the different pots to around 1.5 GW.

WindEurope CEO Giles Dickson said: “7 GW of new offshore wind in one auction – wow! And it’s a welcome return for onshore wind in the UK too. It cements the UK’s position as a global leader in renewables. The strong competition and competitive prices also show the UK has the right basic auction design with CfDs. And they’ve shown again how cheap CfDs are for Governments – because they get paid back as well as paying out. CfDs also keep finance costs low because investors are guaranteed stable revenues. Those countries still not using CfDs should start doing so.”

The wind energy supply chain in Europe is facing many overlapping global challenges: the COVID-19 pandemic and ongoing lockdowns in China and elsewhere, the war in Ukraine and its implications on energy and commodity prices and international supply chain disruptions. Nevertheless the winning offshore wind bids came in at an record-low average price of €43.86/MWh inflation-indexed in 2012 prices, comparing to €47/MWh in the previous auction round.

The offshore wind bids were awarded at the lowest cost of all renewable technologies. They are significantly cheaper than the current cost of electricity, which has been trading at over €150/MWh for much of this year. This means that UK offshore wind continues its cost reduction, lowering electricity prices. RenewableUK estimates that the AR4 projects will save consumers €68/year compared to the cost of power from gas, reduce the UK’s reliance on expensive imported energy and strengthen its energy security.

Dickson added: “Europe’s economies face gas shortages and skyrocketing energy costs. Households and companies are struggling to pay their bills. The 8.5 GW of new wind farms will help keep electricity affordable and strengthen the UK’s energy security. They’ll play a central role too in delivering the UK’s climate targets. The UK should publish a clear schedule for their next offshore wind auctions like the Dutch have just done.”

« European Commission and renewables associations unite for a reconstruction of Ukraine with renewables at its core
10 GW of new wind farms a year: German Parliament adopts new onshore wind law »