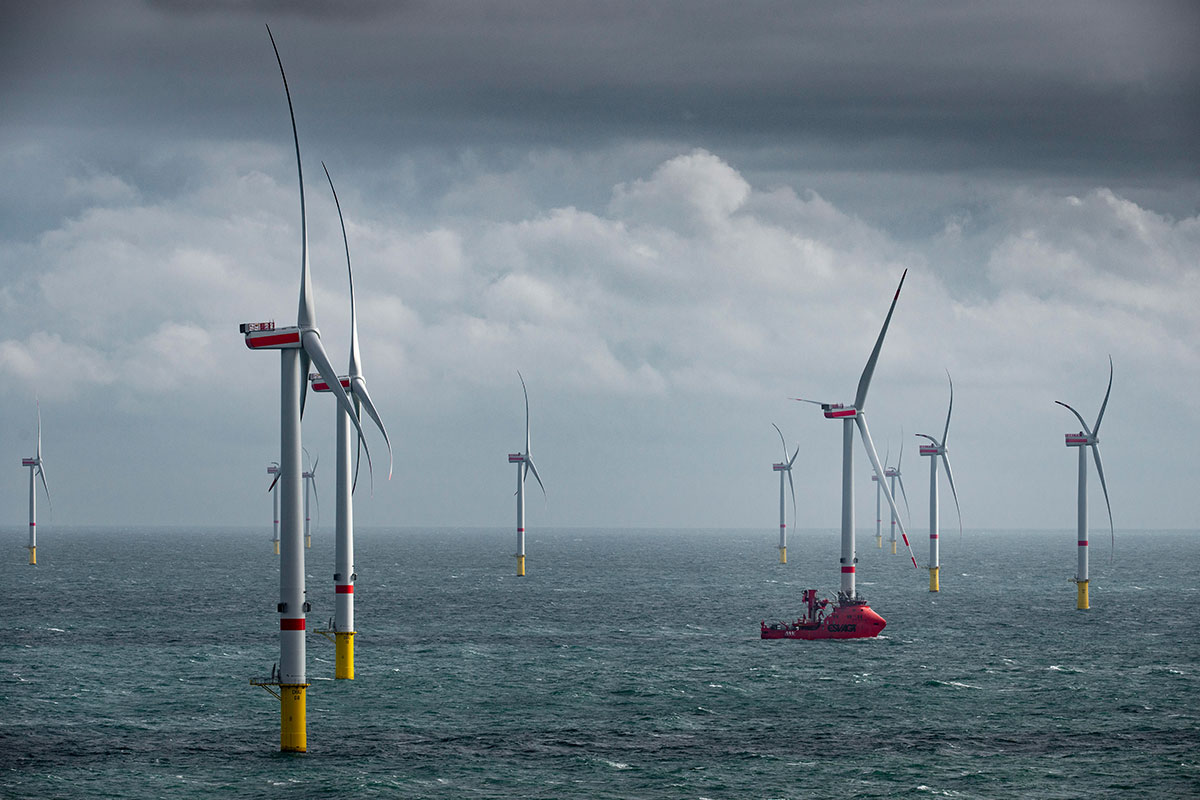 Europe installed 3.6 GW of new offshore wind capacity in 2019, according to statistics released today by WindEurope. This is a new record in annual installations.

10 new offshore wind farms came online across 5 countries. The UK accounted for nearly half of the new capacity with 1.7 GW. Then came Germany (1.1 GW), Denmark (374 MW) and Belgium (370 MW). And Portugal installed 8 MW of floating offshore wind. Europe now has 22 GW of offshore wind. The UK and Germany account for three-quarters of it. Denmark, Belgium and the Netherlands share nearly all of the rest. 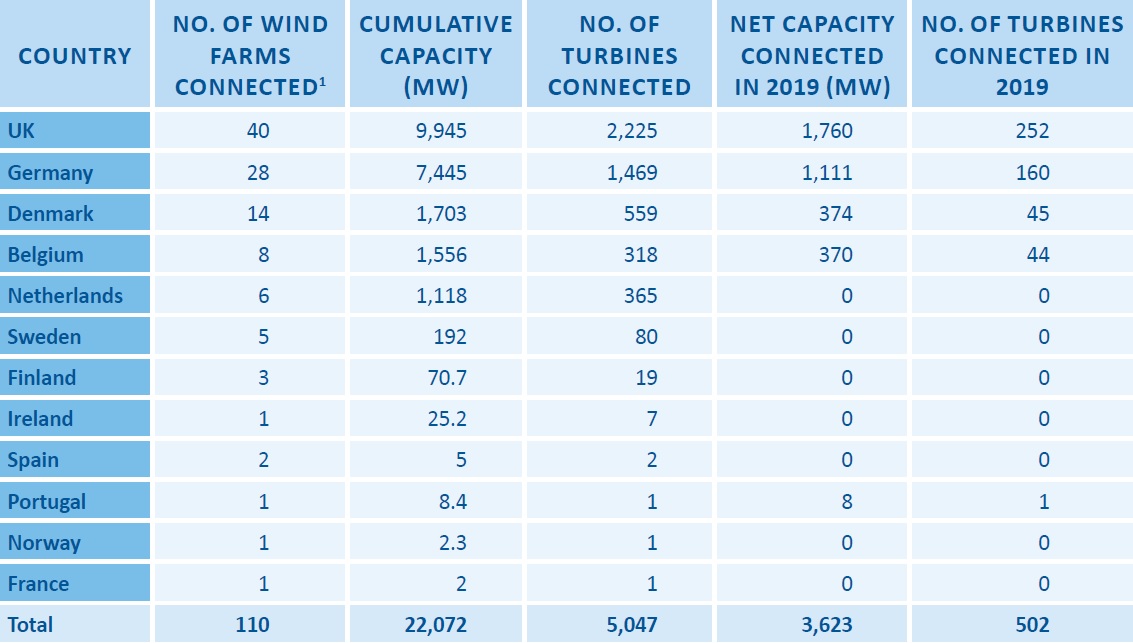 Offshore wind costs continue to fall significantly. Last year’s auctions – in the UK, France and the Netherlands – delivered prices for consumers in the range of €40-50/MWh. This is cheaper than building new gas, coal or nuclear.

The European Commission says Europe needs between 230 and 450 GW of offshore wind by 2050 to decarbonise the energy system and deliver the Green Deal. This requires Europe to build 7 GW of new offshore wind a year by 2030 and ramp up to 18 GW a year by 2050. But the current level of new installations and investments is a long way behind that.

“But we’re not currently building enough to deliver on that, let alone the more ambitious volumes needed to deliver the Green Deal. The EU Commission says we need up to 450 GW of offshore by 2050. That means 7 GW new offshore wind every year by 2030 and 18 GW by 2050. Last year we built a record amount, but only 3 GW.”

“The bigger numbers are doable and affordable. The new EU Offshore Wind Strategy in the Green Deal should map out clearly how to mobilise the investments needed for 450 GW. Crucially it should provide a masterplan (a) to develop the offshore and onshore grid connections and (b) to get the maritime spatial planning right. This will require ever closer cooperation between Governments in the North Sea and the Baltic. And this should also include the UK – they were half of Europe’s investment in offshore wind in the last decade and will remain by far the biggest market.”