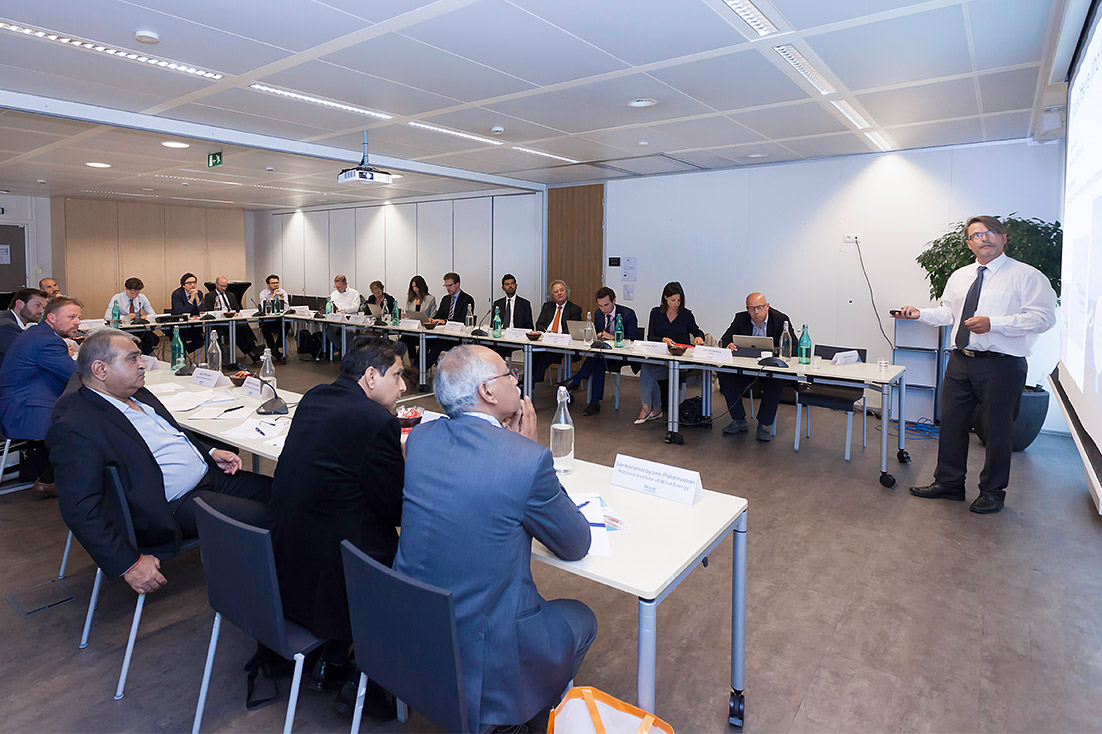 India has recently announced a very ambitious offshore wind target of 30 GW by 2030, rendering the market very attractive for European players. To this end, the European Union has initiated a bilateral dialogue with the Indian government, involving high-level political dialogue, study tours and visits to support extensive knowledge-sharing between private and public parties.

India has very good wind resources but, until now, only the onshore segment has been developed. In spring 2018, the government launched the first call for expression of interest to develop offshore wind power for a capacity of 1 GW off the coast of the State of Gujarat.

The Indian delegation – made up of representatives from the Maritime Board of the State of Gujarat, the State of Tamil Nadu, the National Institute for Wind Energy, and Indian TSOs – explained that the government is now discussing the “practical functioning” of offshore wind project. These discussions include crucial aspects of the project development, such as the responsibility for building and maintaining offshore grid connection. This will most probably come under the responsibilities of the project developer, whereas the state-level TSO will retain responsibility for the onshore connection. The Indian government reassured the industry that they are already making significant investments aimed at setting the scene to support their renewable energy development plans. These measures range from strengthening existing onshore grid networks to growing a skilled workforce capable of installing, operating and maintaining turbines from deployment to decommissioning.

WindEurope emphasised the importance of clear visibility regarding the pipeline of offshore projects – on volumes and timeline – to ensure the smooth development of the supply chain. Running technology-specific auctions for offshore wind and setting clear rules of participation for companies will be key to the success of offshore wind in India.

Do you want to know more about new markets and new frontiers for wind energy worldwide? Check out the programme for Day Four of the WindEurope Conference at the Global Wind Summit. The world’s largest wind energy event will gather representatives from over 100 countries to learn and do business.