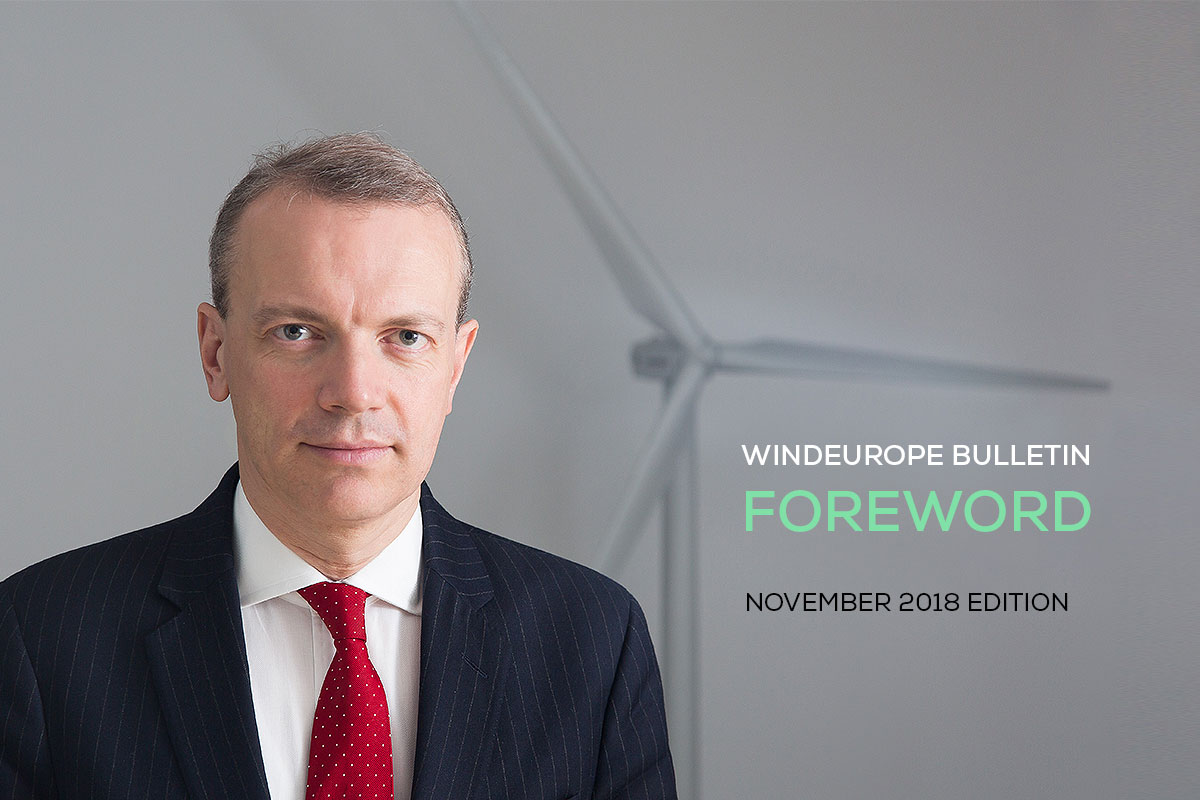 You might have seen that the EU’s greenhouse gas emissions went up by nearly 2% last year.  This is not meant to happen.  We’re meant to be reducing emissions.  OK, the EU is still meeting its 2020 emissions target despite last year’s increase.   But on current trends we’ll fall well short of the 2030 target: emissions will fall by only 30% (compared to 1990) instead of the agreed 40% – which the European Parliament and many in the Commission think is too low a target!

Rising CO2 emissions from transport are the main reason greenhouse gas emissions rose last year.  Which highlights the importance of our working to help electrify transport (and heating).

By contrast, emissions from electricity are falling.  And one thing that’s helping here is the rapid growth in corporate power consumers sourcing renewable electricity. Corporates account for around half of Europe’s electricity consumption.  Many are now aiming to get 100% of their electricity from renewables.  You’ll have seen the number of corporate Power Purchase Agreements (PPAs) with wind keeps growing: almost 1.5 GW of deals this year alone.  And it’s not just data centres anymore. Heavy industrial consumers such as aluminium, chemicals and steel are signing them. We even saw the first ever automotive PPA deal this year, with Mercedes choosing to buy wind for its Polish operations.

We’re taking a closer look at this at our annual corporate-renewable PPA event, RE-Source 2018 on 20-21 November.  Many of you came to the inaugural edition in Brussels last year.  This year we’ve a bigger venue, with more conference sessions and networking opportunities.  We’ve got a great line-up of speakers with major corporate buyers such as Google, Microsoft and IKEA and Ministers from Poland and Bulgaria (which has just passed a law to allow PPAs). We’ll look at the current PPA market in Europe and how we can promote them outside of Northern Europe and in new industries.  Do join us.

Looking further ahead, our annual WindEurope Conference & Exhibition 2019 will take place in Bilbao on 2-4 April.  It’ll cover onshore and offshore wind.  The timing is earlier than in recent years, but this will enable us to plug our messages to Europe’s politicians and voters in the run-up to the European Parliament elections in May.  Then on 26-28 November we’ll be in Copenhagen for our WindEurope Offshore 2019 event.  Make sure you save these dates.

Now, it’s a crucial time on the policy front in Europe because Governments in Europe are writing their National Energy and Climate Plans for 2030.  They’ve got to send a first draft to the EU by the end of December.  Only Sweden have submitted theirs so far.  The rest are all working on it.  Remember, these Plans have to detail the new renewables each country plans to build between now and 2030, and what they plan to do with their existing renewables that reach end-of-life between now and then.  So they will define the size and shape of the markets you’re all operating in for the next 10 years.

Please spread the word that these National Energy Plans are crucial.  And urge the Governments you know well to include in their Plans:

These National Plans will serve as investment brochures for the industry. We should not be afraid to tell Governments that’s how we’ll see them, and we’ll be investing as an industry in those countries that have the best Plans.