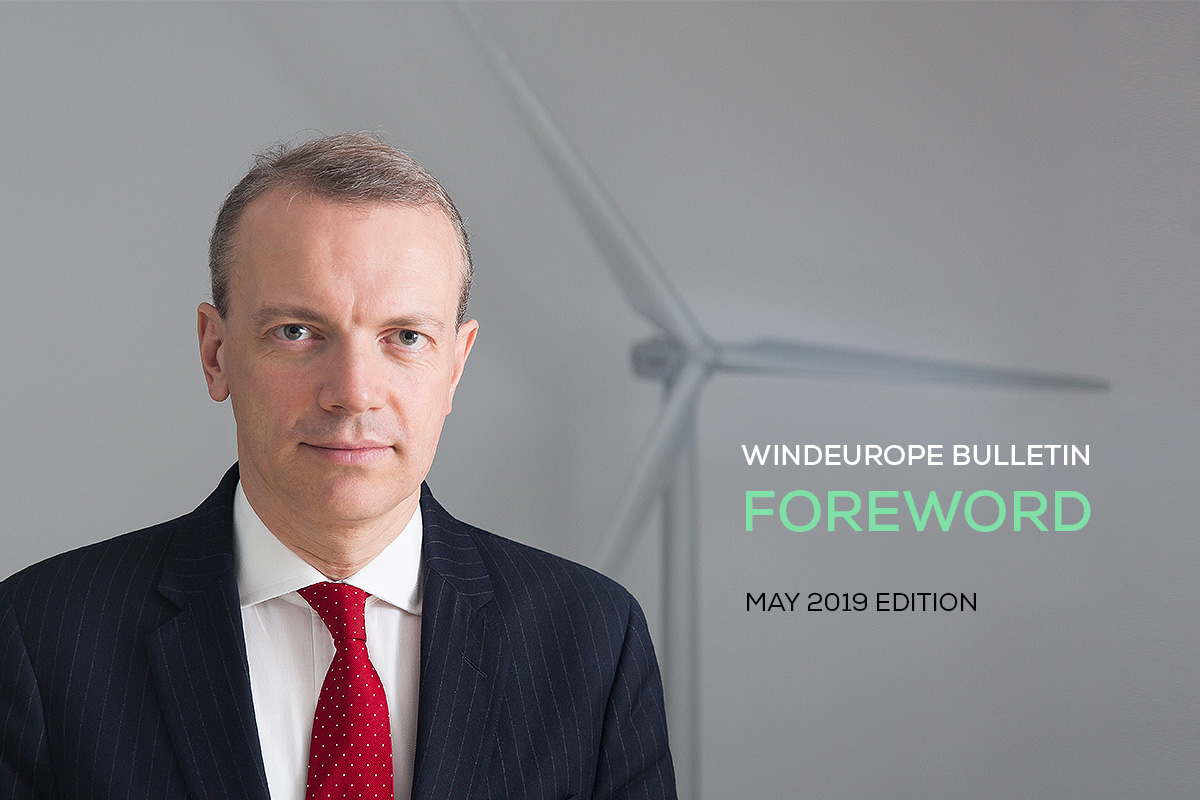 Next week Europe elects our representatives to the European Parliament.

The European Parliament is a key enabler of wind energy. It was the Parliament that fought for the 32% EU renewables target for 2030 – the European Commission and the Member States initially only wanted 27%. Last year the Parliament also pushed for more EU finance for renewables and R&D funding. And it secured key improvements to make Europe’s electricity markets ready for more renewables. Above all, the Parliament listens to an industry it considers a credible actor in the fight against climate change. This gives us a voice in EU policy-making and legislation.

Unfortunately the next European Parliament may be less friendly to renewables.  You know the issue.  Populist parties are gaining support.  They are much less committed to fighting climate change than most mainstream parties. They’re generally still sceptical about renewables, despite all the economic benefits we bring: cheaper electricity; reduced energy imports and greater energy independence; local jobs and growth; and benefits to local communities.  So these elections could be bad news for us.

How many seats these populist parties win will depend crucially on turnout. The higher the voter participation, the less well they will do. Unfortunately, turnout at European Parliament elections has been falling since they started. It was only 42% last time.

The 300,000 people who work in the wind industry in Europe can make a difference. We’re therefore organising a campaign to encourage the industry to mobilise and vote.  To help spread the message, we have prepared a ‘Go Vote’ campaign page. On it you’ll find shareable e-postcards with a simple message, “For more renewables, vote in the European Parliament elections 23-26 May”. You’ll also find a video that explains why voting is important, as well as answers to any questions you might have.

It’s not just WindEurope campaigning for higher turnout, the European Parliament is too. We’re using the Parliament’s official hashtag: #thistimeimvoting. We really encourage you to make use of these materials within your organisations and help make an impact. If you need any more help or information from us, do let us know.

In other news, you may have seen that we recently published our analysis of European countries’ draft National Energy & Climate Plans. The pledges on the renewables volumes in the draft Plans are not too bad. But what’s missing is detail on the policies that will make these volumes a reality, such as when wind auctions will happen and what countries will do to electrify heating and transport. Countries have until the end of 2019 to finalise their Plans, and the European Commission will be pushing them to make improvements. We’re working with the Commission and with National Governments to make sure the improvements are reflected in the final Plans.

Looking ahead, we’ve a lot of events coming up.  On 24 June we have our first ever Offshore Supply Chain Workshop. This will look at how to ensure a rapid and optimal build-out of offshore wind in Europe.  On 25 June we’ve our Annual General Assembly and Summer Reception. Then on 26 June we’re organising an Open Day for members in our new offices. It’ll be a chance to find out more about what WindEurope does and how we work and to meet our staff.  There’ll be updates on the National Energy & Climate Plans, an overview of the Market Intelligence tools available to members, EU funding opportunities, and visibility options at our events. We’re also organising guided tours of the European Council. You can find more information about all of these events here. We hope to see you then.