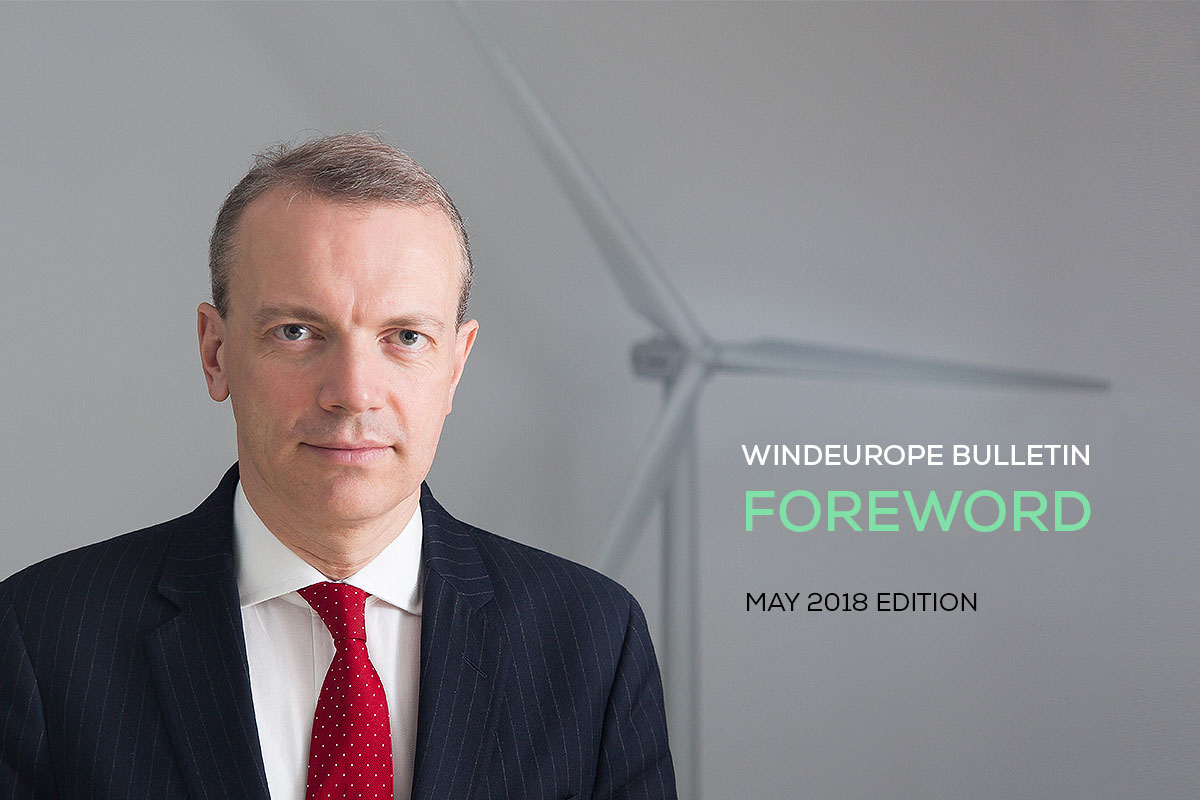 I want to begin by updating you on the negotiations on the EU’s 2030 renewables target and the rest of the EU’s Clean Energy Package. The Bulgarian Presidency of the EU invited all the EU Energy Ministers to Sofia last month to try to find some common ground on the outstanding issues. And there was some movement. National Ministers no longer rule out a renewables target that goes beyond the European Commission’s original proposal of just 27%. They cannot accept the European parliament’s position of 35%. But they seem to be ready to accept 30%. And there’s a chance they might agree something slightly higher in the endgame depending on where they are with the Parliament on other issues. The key player will be Germany, which currently seems reluctant to move above 30%. The Bulgarians are pressing for agreement in June.

There was also movement on the national benchmarks. These give an indication of how much a Member State needs to contribute to the collective EU renewable energy target. The Ministers agreed to the formula the European Parliament had put forward. It’s based on each country’s respective GDP (the biggest factor in the formula), their level of interconnections, their starting point and their cost-effective potential.

Last month we released our annual ‘Financing and Investment Trends’ report. The highlights were that Europe invested a total of €51bn in wind energy in 2017, 9% up on 2016. Within this the amount invested in new wind farms was €22bn. This was down from the €28bn invested in 2016, but the money went further, financing 11.5 GW of capacity compared to 10.3 GW. This is largely due to increased competition in auctions and technology advances that are driving cost reductions in the supply chain.

You may also have seen that we sponsored the POLITICO Morning Energy and Climate newsletter last month. POLITICO is the main news wire on EU energy issues. We used the opportunity to push the industry’s key messages, particularly the economic benefits of wind – here are the message we published. This is all part of our wider campaign, ‘Local Impact, Global Leadership,’ which we will officially launch in Brussels on 17 May. Do join us for that if you can.

At WindEurope we’re constantly striving to improve your membership experience. In that vein, we’re pleased to announce a brand new tool for monitoring auctions and tenders. In it you can see upcoming auctions/tenders by country as well as being able to access a full archive of results, including volumes and strike prices.

Finally, elections for the WindEurope Board are coming up at the Annual General Assembly on 21 June. Elections for C-category and A1-category Board seats will take place. Detailed instructions including eligibility requirements, nomination ballots, etc. will be sent to all members in due course. In the meantime, please direct any questions you may have to: [email protected]