CTOs from ABB, Iberdrola, Vestas, Dong Energy and Siemens presented Sefcovic with a new study on research and innovation – known as the Strategic Research and Innovation Agenda (SRIA).

The report, which was produced by the EU-backed technology platform ETIPWind, details 5 priorities for R&I in the wind industry. These include grid infrastructure and integration; operation and maintenance; industrialisation for economies of scale and faster production; reducing costs in offshore wind and exploring next generation technologies.

Sefcovic welcomed the timing of the SRIA as the European Commission plans to release its proposal for a revised post-2020 renewable energy directive and market design proposal before the end of the year.

The SRIA report also calls for R&I in Europe to challenge the threat posed by other regions of the world, which are steadily gaining ground on wind power innovation and storage-related investments.

Aidan Cronin, ETIPWind Chairman, warns that Europe is fighting a losing battle to maintain leadership in renewables. In his foreword, Cronin wrote: “As competition between technology providers is becoming fiercer in developed markets, high growth markets move to the developing world and European leadership is increasingly challenged, especially by Asian players. They are investing vast sums… and Europe needs to meet this challenge.” 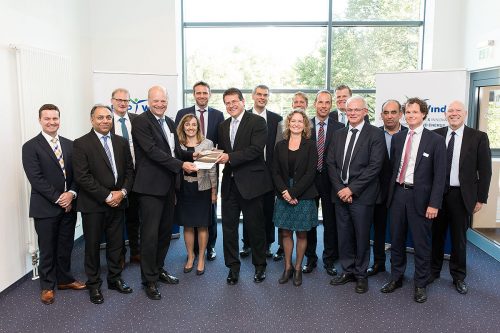 « WindEurope Summit 2016: powering the transport and heating sectors with wind energy
WindEurope CEO tells Irish wind industry they are a model for the rest of Europe »