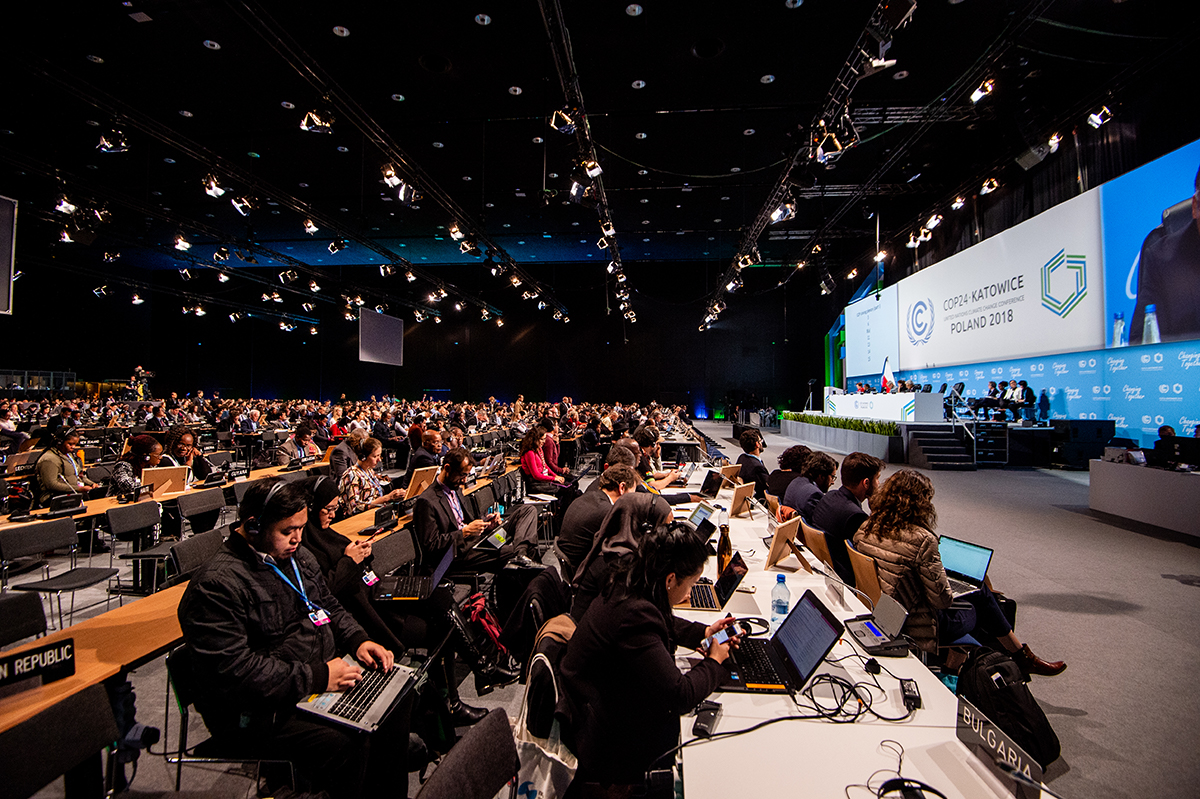 High level political negotiations are ongoing at COP24 in Katowice, with countries struggling to reach agreement on the key elements of the Paris Agreement.

In particular, the debate now centres on questions about the operational framework (the so-called ‘rulebook’) and level of ambition to be deployed by EU Member States in the effort to combat climate change.

Speaking during a panel discussion in Katowice on EU Energy Day, WindEurope CEO Giles Dickson stressed the need for ambition in both investments and collaboration in Europe. The panel discussion aimed at addressing how the EU can keep its leading role in renewable energy in light of the significant growth in global competition. Dickson reminded the COP audience that wind is a free, reliable and local source of green electricity that contributes to energy security and independence while boosting the EU economy as it creates jobs and growth.

He also noted the widespread consensus that wind energy is set to grow exponentially throughout Europe. The 173 GW of installed wind energy in the EU now satisfies 12% of the total EU power demand. But according to WindEurope’s latest market outlook report, by 2022 there will be 253 GW of wind energy installed in Europe. And the IEA’s most recent report says that wind energy will be Europe’s number one power generation technology by 2027. Not only this, but the European Commission’s 2050 Roadmap for decarbonisation says that wind energy will account for more than 50% of the EU’s total power production in all EU decarbonisation scenarios. This makes wind “clearly the dominant technology” for EU energy by 2050.

But this, Dickson warned, is no reason for complacency. With technological innovation and economies of scale, costs of wind energy are sharply decreasing. And this rapid cost reduction is putting pressure on the entire wind energy supply chain. The industry is importing more and more components from China and other economies while outsourcing ever more of the production of key elements – such as gearboxes – to emerging economies.

To make sure the EU stays at the forefront globally and is a true leader in renewables, we need to support the wind industry in the EU with the right volumes and a clearly visible pipeline for future installations. This is where the upcoming National Energy and Climate Plans (NECPs) play a key role. We must avoid ‘stop-and-go’ scenarios in wind energy deployment to ensure the supply chain can develop smoothly.

Dickson was also clear on the need to support R&D activities in sectors and processes that are important to an economy-wide decarbonisation such as storage and electrification. Balancing a system dominated by variable renewables will require increasing amounts of storage. Power-to-X via electrolysis, for example, has enormous potential but requires EU investment.

Dickson’s calls for ambition – indeed the entirety of the COP24 debates – stand in a highly charged context: the recent IPCC Special Report has warned of irremediable damages to our planet and our society with a mere 0.5° difference in global warming. Calls for ambition have been echoed by EU Commissioner for Climate Action, Miguel Arias Cañete, together with several EU and non-EU governments. In the form of a ‘High Ambition Coalition’ – an initiative initiated in Paris – Cañete is now asking all countries to raise their ambition to fight against global warming and climate change and to acknowledge 1.5°C as the new target.

Want to learn more about the market outlook for wind energy up to 2022? Check out our most recent report!