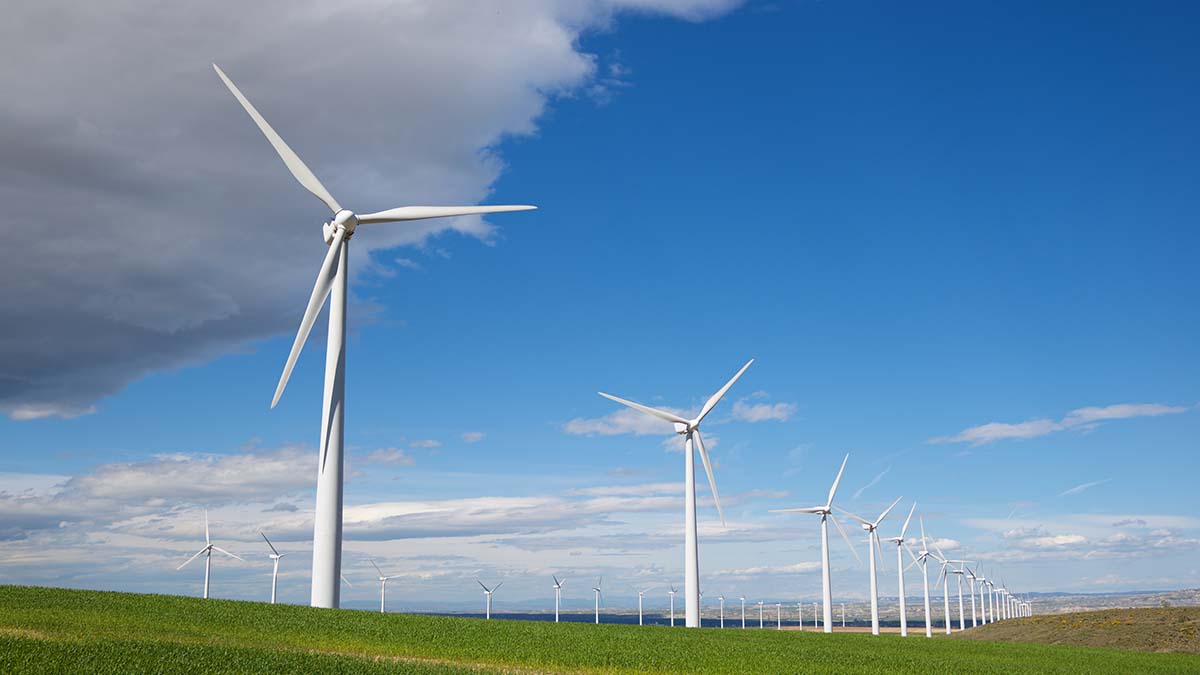 Europe’s first generation wind farms are getting old. 38 GW of onshore wind capacity is reaching the end of its normal operational life of 20 years between now and 2025. When they reach 20 years, there are three options: lifetime extension, decommissioning or repowering.

Repowering a wind farm means replacing the old turbines by more powerful and efficient models that use the latest technology. On average repowering more than doubles the generation capacity (in MW) of a wind farms and triples the electricity output because the new turbines produce more power per unit of capacity. And it achieves this while reducing the number of turbines on average by 27%. We expect more than 20 GW of onshore wind farms will be repowered in the next 10 years.

Repowering is an especially effective and important thing to do because Europe’s oldest (and by definition least efficient) wind farms are located in places which have the best wind conditions – because that’s where people naturally tended to build the first wind farms. Turbines with the latest technology can generate much more electricity here.

Some big repowering projects are already happening. A good example is the Windplan Groen project in the Dutch Province of Flevoland. The area used to have 98 turbines with a total capacity of 168 MW. These are now being replaced by 90 more powerful turbines. This will take the total capacity of the wind farm to around 500 MW – enough to power the whole Province. Half of the project will be built by Vestas. They’ll install 37 turbines of 6 MW each. These are Vestas’ most powerful turbines and the most powerful ever built in the Netherlands.

A wind farm in Malpica in Galicia in Spain saw an even bigger transformation. The number of turbines went down from 69 to 7 but true electricity output doubled. Repowering can make that big a difference.

However, fewer than 10% of wind turbines reaching the end of their life are currently being repowered. Operators are discouraged by the slow and complex permitting procedures and changing legislation. Instead most of the onshore wind farms reaching 20 years today get a lifetime extension.

The EU’s Renewable Energy Directive requires permit decisions for repowering to be taken within one year of application. But most countries do not meet that deadline. It is time for Governments to put in place clear repowering strategies to fix this. Governments need to recognise that repowering is a powerful tool.

WindEurope CEO Giles Dickson said: “Projects such as Windplan Groen and Malpica show how big an impact repowering can have.  Replacing old turbines with more powerful ones is a very effective way to produce more renewable electricity quickly.  Older turbines are generally built where the wind blows the most. New technology can produce much more electricity in these places. But permitting for repowering is just way too slow and complicated right now. Governments need to change their approach and facilitate repowering by drastically simplifying the permitting procedures.”