How do communities all over Europe benefit from having a wind farm nearby? | WindEurope
Close

How do communities all over Europe benefit from having a wind farm nearby? 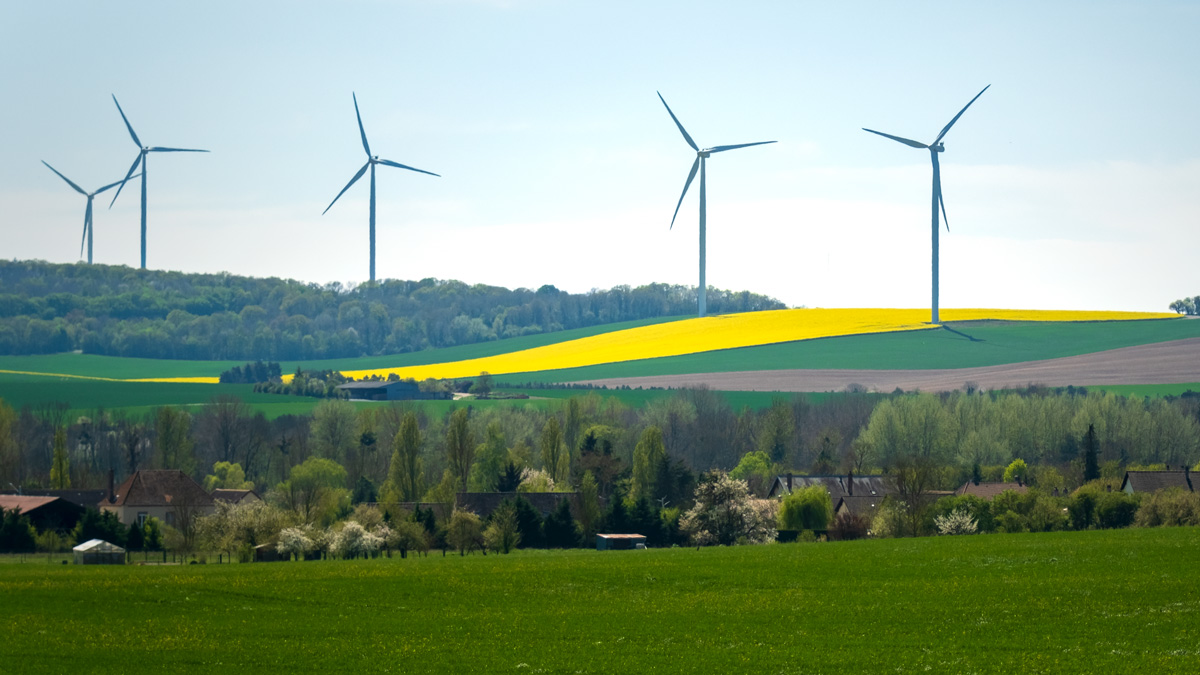 On 14 April WindEurope CEO Giles Dickson spoke at the Mix.e event in Lyon, France. The discussion centred around the energy transition and its acceptability. The wind industry actively engages communities around Europe closely when it builds new wind farms, including in France. It is important these practices are applied everywhere and that communities continue to benefit from the energy transition.

This will bring a lot of new wind farms to different communities. Most Europeans support this and are positive about having a wind farm close to their homes. In Ireland 79% of people do, in Germany it’s 78% and even higher in regions where most wind energy is installed. In France the most recent survey by the French Wind Energy Association shows 76% of people are supportive of building more wind farms.

People support the expansion of wind because they believe it is needed for Europe’s energy transition. But also because wind farms bring benefits to communities. On average each new wind turbine generates €10m of economic activity. Much of this money stays where the wind farm is built. New wind farms also create new local jobs. And wind farm operators pay taxes to local governments. These are used to support communities and improve local infrastructure.

Wind energy also helps put downward pressure on electricity bills since wind is cheaper than gas, coal or nuclear-fired power plants. And in many cases wind farms are now paying money back to Governments. In France producers of renewable energy are paying back big time right now. The price at which they produce electricity is far below the market price, and under the French system the wind farms therefore pay back to the Government. This year alone wind energy will pay €3.7bn to the French State. And wind energy is expected to pay the State €18bn by 2035.

France currently has big ambitions for offshore wind. But it is important it continues expanding onshore wind too. It already has 19 GW of onshore capacity providing 9% of the country’s electricity. Building onshore wind is the fastest way to produce large amounts of additional renewable energy, and a large majority of the French population supports more wind.

France simply cannot miss this opportunity. Proposals from Presidential candidate Marine Le Pen to tear down existing wind turbines and import more gas will put France back in time. It’ll make the country move off-track from its climate ambitions and make the French reliant on Russian gas imports. This will increase people’s power bills immediately. This is not the way forward.

WindEurope CEO Giles Dickson said: “A majority of people in France want more wind energy. They benefit from having it nearby. The wind industry already involves communities before, during and after building wind farms to foster local acceptance. Wind farms also help contain people’s electricity bills and bring massive amounts of money into French Government coffers. It would be a big mistake for France to stop the building of new onshore wind and an even bigger mistake to tear down existing wind farms. This will only increase French energy bills and increase gas imports from Russia.”

« UK Energy Strategy further increases offshore targets, leaves door open for onshore
The US is about to build lots of offshore wind – what can it learn from Europe? »