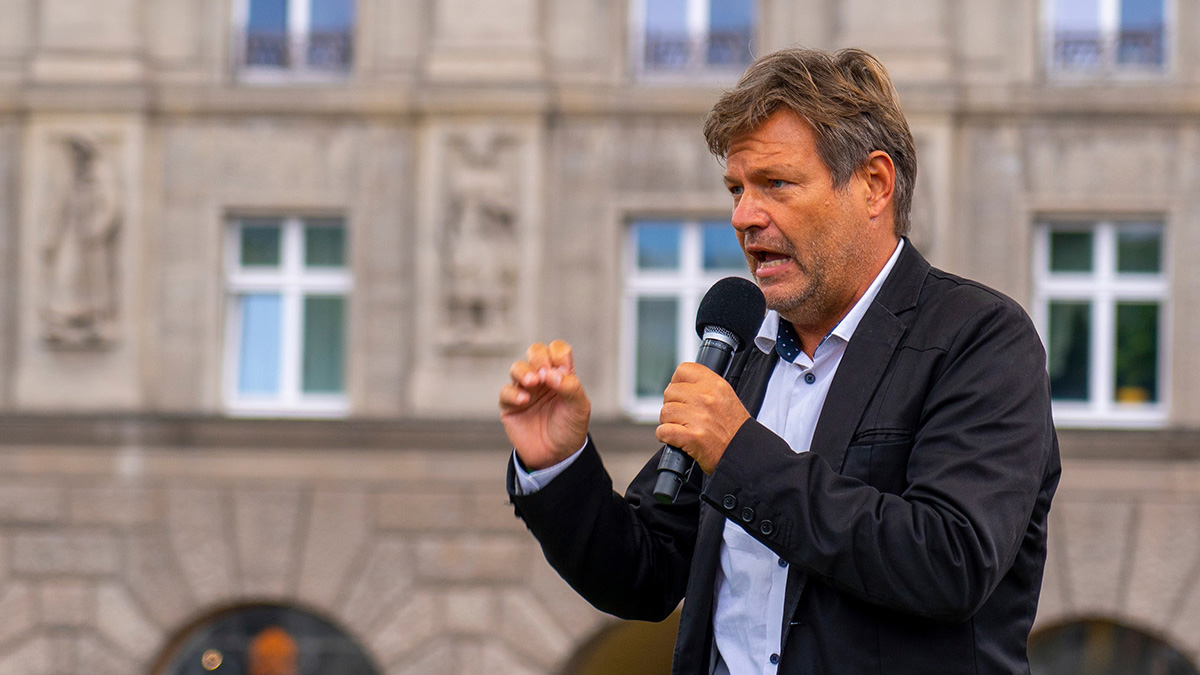 During a press conference, Germany’s new Green Minister for Economics and Climate, Robert Habeck, presented his energy and climate plans for the year 2022 and beyond. The plans include a massive expansion of wind energy with up to 10 GW of annual new onshore wind installations towards the end of this decade. The German Government plans to publish two large pieces of legislation, one of them featuring a dedicated Onshore Wind Law. By the end of this year alone, Germany aims to increase onshore wind auction volumes, to streamline permitting procedures, to reach a new balance between onshore wind and species protection and to set aside 2% of Germany’s land area for wind energy generation.

Germany is not on track to reach its 2030 climate and energy targets. The country needs to reduce its CO2 emissions by around 40 million tonnes per year. Germany had been a frontrunner in wind energy, but the expansion of renewables has been stalling in recent years. As a result, Germany is set to miss its target of 65% renewables in the electricity mix – let alone the new 80% target passed in 2021.

Germany’s new Minister for Economics and Climate, Robert Habeck, now wants to accelerate the country’s energy transition again – with a multitude of different measures. During a press conference, Habeck made it clear that wind energy, and especially onshore wind, will remain the most important source of electricity in Germany and the key to further emission reductions. This acceleration will require new approaches to planning and permitting, new sites for wind energy development and a dedicated “Onshore Wind Law” to be presented in 2022, Habeck said.

“The Energiewende is roaring again. Germany wants a huge expansion of onshore wind. And the Government fully understands that that requires faster permitting of new wind farms – and they intend to deliver this ASAP with a dedicated new ‘Onshore Wind Law’. Today’s announcements mark the comeback of German leadership on renewables – fantastisch!“, says WindEurope CEO Giles Dickson.

The Easter Package will further phase out the EEG-levy. In the future, support for renewable energies will be paid from the state budget, reducing the burden on low-income households and small businesses. The Package is also said to define the energy transition as a ‘matter of public interest’ in order to prioritise wind energy projects over other forms of land use. This is an important precondition to streamline permitting procedures and to find new sites for wind energy projects.

By revising its Renewable Energy Act (EEG), Germany plans to massively boost the expansion of onshore wind energy as part of the Easter Package. According to today’s announcement, Germany aims to install as much as 10 GW of new onshore wind per year between now and the end of the 2020s. To put this in perspective – Europe as a whole installed as much as 11.8 GW of onshore wind in 2020. Already as part of the Coalition Agreement the German Government has said it would increase Germany’s offshore wind target to 30 GW by 2030. For the end of the decade that means annual combined wind energy installations of up to 15 GW.

Finally the Easter Package will include a Government proposal to ensure that the expansion of onshore wind does not come at the expense of environmental and species protection. Currently legal appeals against wind energy permits, often filed on the basis of Germany’s Nature Protection Act are a major stumbling block for new projects. The Government wants to find a new balance between climate protection and environmental protection. This will require a close collaboration between NGOs, industry and citizens, Habeck said.

This expansion generally requires shorter and less complex permitting of new farms. The Government pledged to make permitting a key priority of the second legislative package, the so-called “Summer Package”. It will also include a new heating strategy, a renovation wave, an update to Germany’s national hydrogen strategy that would see Germany’s electrolyser target doubled to 10 GW by 2030.

But new onshore wind projects require additional sites. Germany is planning a dedicated ‘Onshore Wind Law’. Under this proposal, Germany would set aside 2% of the country’s landmass for the development of onshore wind energy. The German Wind Energy Association (BWE) has repeatedly stated that just 2% of German territory would be sufficient to build enough onshore wind to meet Germany’s renewables targets. During the press conference Habeck stressed that restrictive distance rules between wind turbines and residential buildings – such as the Bavarian 10H rule – could not persist under the new 2% target.

Habeck’s plans received positive feedback across all major associations in Germany. The German Renewables Association BEE in a statement even branded it the start of a “new era of German climate policy”.