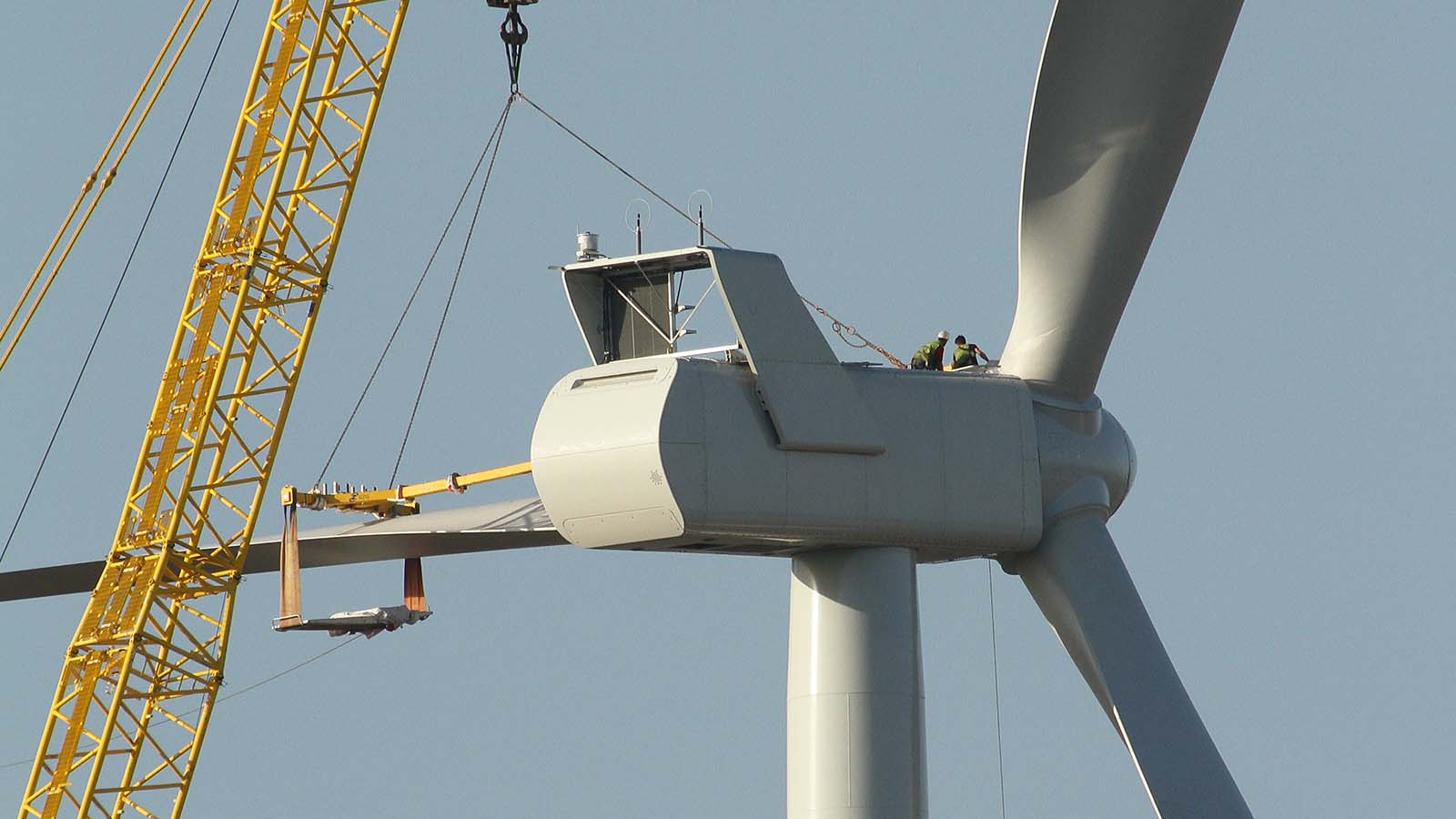 French President Emmanuel Macron recently presented his vision for the country’s path to carbon neutrality by 2050. If elected in the French elections in April this is the strategy he’ll move forward with. The plan entails a massive expansion of offshore wind, solar and some new nuclear power plants. But the onshore wind plans are much less ambitious.

For offshore wind the plan is good news. There are no fully commissioned commercial-scale offshore wind farms in French waters at the moment. The first one will only be completed at Saint-Nazaire this year. Under current plans 12.4 GW of offshore wind should be either operational (3.7 GW) or under development (8.7 GW) by 2028.

But according to Macron’s strategy offshore wind will boom even more. France should have around fifty offshore wind farms with a combined capacity of 40 GW by 2050. This big build-out of offshore wind will also create many jobs and spur economic growth. Port cities such as Le Havre, Cherbourg and Saint-Nazaire already prove this.

However, the plans also entail a scaling-down in France’s onshore wind ambitions. Doubling current volumes only to 36 GW is not consistent with a rapid energy transition. Onshore wind is cheap and scalable. Since France is already behind on its renewable targets onshore wind is an ideal way to move forward. It is the fastest way to increase its renewables capacity and it’ll help to secure energy supply which is under pressure due to the current problems with existing nuclear reactors

And despite objections by politicians, onshore wind can also work in France. France already has almost 19 GW of capacity online now providing 8% of French electricity. Other European countries have successfully shown onshore wind works and can be combined with biodiversity and public acceptance. With the guidelines on the “responsible development” of onshore wind this can also happen in France. This plan fails to recognise this.

WindEurope CEO Giles Dickson said: “The volumes proposed for onshore wind are inconsistent with a rapid energy transition. Onshore wind is cheap and scalable. It is the fastest way to produce large amounts of additional renewable energy and a large majority of the French population supports it. Other European countries have successfully shown how to reconcile onshore wind, biodiversity and public acceptance. And France has made good progress in this area: they have 19 GW of onshore wind providing 8% of its electricity; and the Government has recently agreed 10 measures for the “responsible development” of onshore wind. The latter provide a good basis for the further expansion of onshore wind in France. But President Macron’s plans fail to benefit the huge potential of onshore wind for France’s energy transition”.

Update: In its latest onshore wind auction, France has awarded 510 MW at the average price of EUR 59 per MWh.  The available capacity was 700 MW.  Despite this undersubscription and a worrying drop in volumes, the economic performance of winning projects shows that onshore wind is a competitive solution in France.  It can be easily deployed in the short term, and thus meet the challenges of the energy transition and energy independence.