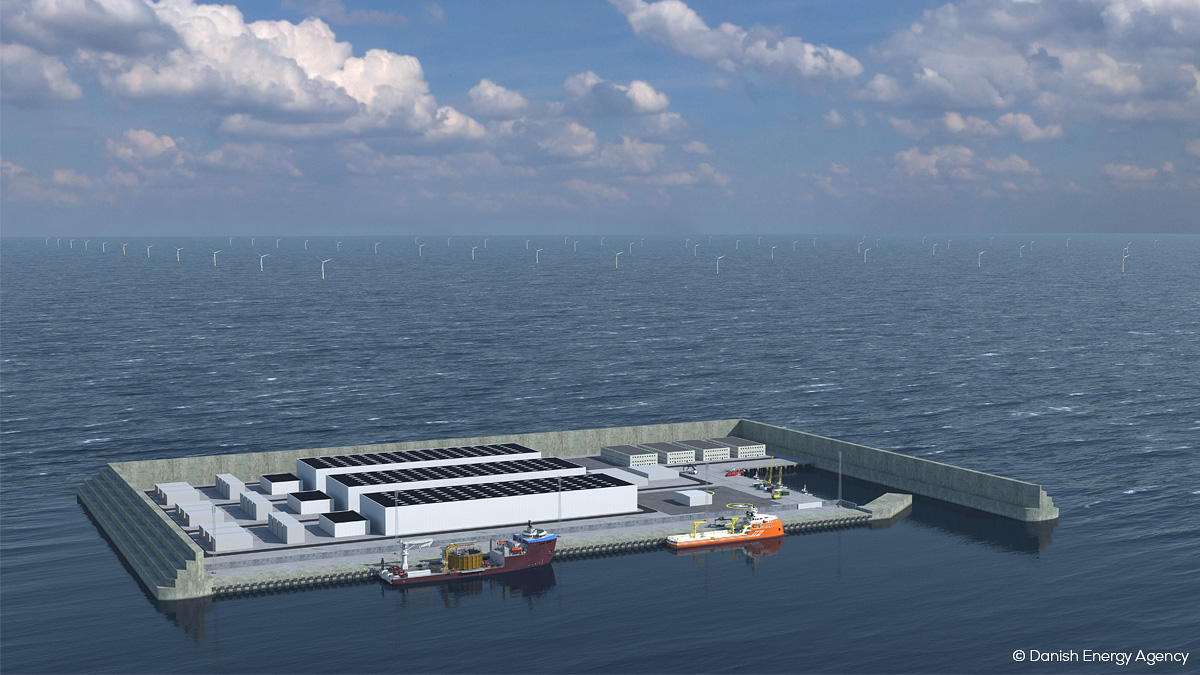 Europe’s 30 GW of offshore wind farms are nearly all connected to the energy system through subsea power cables that run from each individual wind farm back to mother country. In the not-too-distant future many of them will connect to new “energy islands” which will centralise the transmission of the energy they produce. Some of these islands will also connect to each other and help improve energy flows between countries in Europe.

Last year Belgium and Denmark announced they’re going to connect their offshore electricity grids, mainly by connecting the new energy islands they want to build with a subsea cable in the North Sea.

Belgium will start building their island in 2024 – in the Princess Elisabeth Zone where they’re planning to build 3.5 GW of new offshore wind. The Belgian TSO Elia will build the island: in concrete modular form that can be extended over time. The new wind farms will connect to it and there’ll be a single set of cables then connecting the island to the mainland. As well as connecting to Denmark’s new North Sea island, the Belgian island may also be the landing point for the new (second) interconnector Belgium wants to build to the UK. Part of the funding for Belgium’s island will come from the European Recovery & Resilience Fund. The commissioning of electrical infrastructure on the energy island will take place between 2026 and 2030.

Denmark will run an auction in 2024 to decide who builds their North Sea island. They plan to have it up and running by 2030. And in the Baltic Sea they want to make Bornholm an energy island with the same process and timescale. The two Danish islands will between them have 5-6 GW of new offshore wind farms connected to them.

The Netherlands and Germany are working on North Sea energy islands too. The Danish, Dutch and German TSOs want to build an island together on the Dogger Bank that’ll be operational in the early 2030s. They also want to connect this so-called North Sea Wind Power Hub to the UK, Belgium and Norway.

These energy islands will play a huge role in Europe’s future energy system. They will host other equipment that will enable the system integration of offshore generation and storage into the high voltage grid. They could host electrolysers to convert wind power to renewable hydrogen – and energy storage facilities. This will further help align offshore wind with onshore energy demand. And islands will also help the physical integration of offshore wind into the energy system by minimising the number of onshore landing points for the energy produced at sea.

WindEurope CEO Giles Dickson said: “Energy islands will become a reality soon. And they’ll be incredibly useful in helping integrate offshore wind in the energy system and improving energy flows between countries. It’s great that Denmark, Belgium, the Netherlands and Germany are working to develop them and coordinating their plans.”