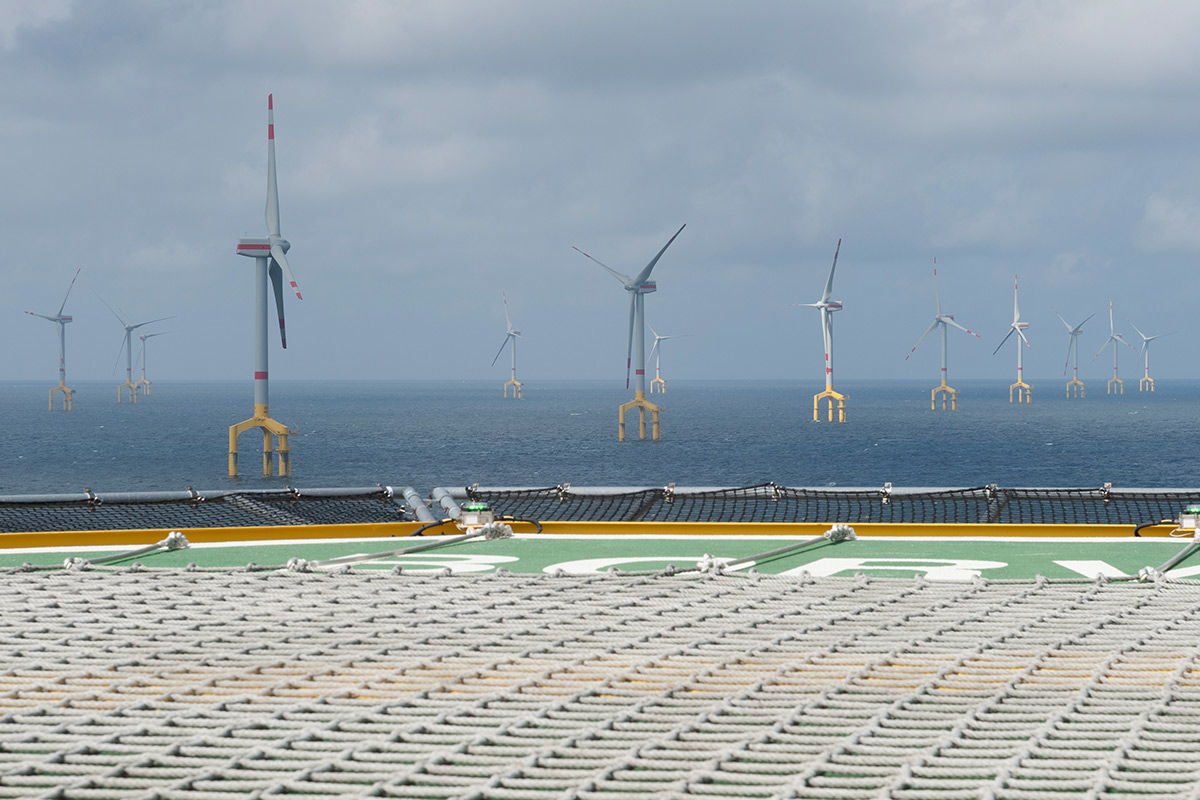 The Danish Parliament has voted in favour of the construction of an artificial energy island in the North Sea which will serve as an energy hub for offshore wind. The plan is that the island will be connected to multiple countries’ electricity networks. When fully connected, it will help transmit up to 10 GW of offshore wind.

The island will be a major support for “hybrid” offshore wind farms that have grid connections to two or more countries. Many such “hybrid” projects are now being planned across Europe. Denmark is already building the first one at Kriegers Flak in the Baltic Sea – it will connect to both Denmark and Germany this year. And Denmark has another cross-border project in the pipeline with plans to make the island of Bornholm an energy island connecting offshore wind farms to the German and Danish grids and later to other countries around the Baltic Sea.

The Dutch-German TSO TenneT is also looking at the North Sea to develop an electricity hub as a cluster of hybrid projects, and they’re planning to build a connection between Dutch and British wind farms. And Belgium is considering “hybrid” projects too.

In addition Estonia and Latvia signed an agreement to develop a joint “hybrid” offshore wind farm in the Gulf of Riga. This project shows offshore cross-border projects are not just developing in the North Sea. With offshore developments in the Baltic and Mediterranean, they are a whole-European affair.

These cross-border hybrids will save money and space by pooling countries’ offshore power generation and transmission assets. They will also improve electricity flows between countries, increasing liquidity and competition in Europe’s electricity markets – which will all lead to lower electricity prices.

The various developments now underway show that cross-border hybrid offshore wind farms will soon become a reality. It is essential the EU recognises this and creates a legal framework that facilitates their development-out.

WindEurope CEO Giles Dickson said: “Denmark’s plans for a North Sea Energy Hub are to be strongly applauded. And they are further evidence that hybrid offshore wind farms connected to more than one country are becoming a reality. The EU needs to recognise this and move quickly to establish a clear legal framework for them. “Hybrids” are a good thing: they save money and space and improve energy flows. Europe needs to proactively support their development.”