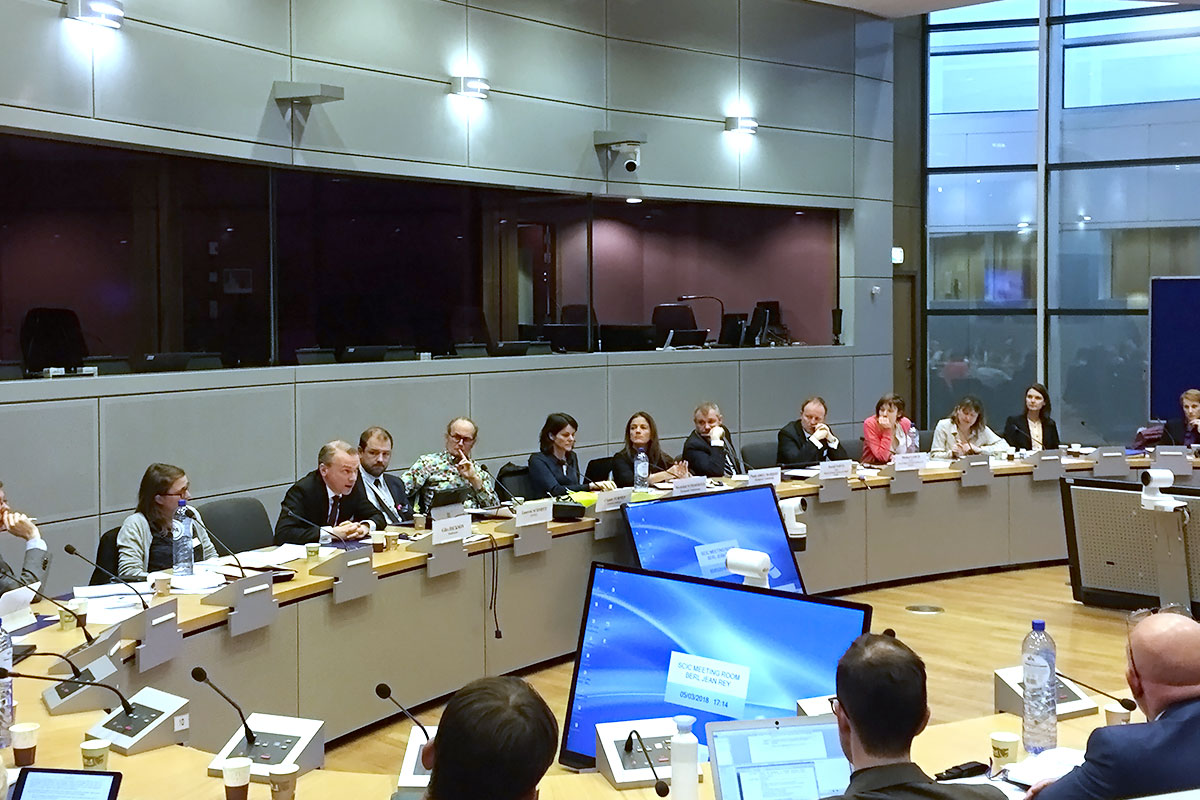 WindEurope called for a European approach to the deployment of renewable energy deployment at a workshop organised by the European Commission on Thursday. The workshop explored how the EU’s financial framework for 2019-2023 can be aligned with the new post-2020 renewable energy laws, the so-called Clean Energy Package.

The Package – currently under negotiation and due to be wrapped up by the end of 2018 – sets out different options for cross-border cooperation. These include opening up national support schemes or setting up a European financing platform, whereby countries pitch in to a common fund for renewables projects in case the bloc fails to reach its 2030 target.

The Director for Renewables Policy in the Commission, Mechthild Wӧrsdӧrfer, said that the Commission will soon present new EU financial framework proposals. A new instrument to support cross-border cooperation in renewables remains on the drawing board at this stage but would in practice not replace national support for renewables. Instead, it would give technical assistance or cost-benefit analysis when Member States decide to deploy renewables together. MEP Turmes highlighted recent renewables cost reductions to call for ‘macro-regions’ where renewables’ potential could be harnessed cost-effectively, similar to the North Seas offshore wind cluster.

Meanwhile Navia Simón underlined that any new instrument should allocate funding to build Europe’s grids, or the physical infrastructure that can sustain higher share of renewables post-2020. He and his Austrian colleague, Losch, both agreed that Member States should provide clarity on how much they are willing to pay into a common European fund for renewables as soon as possible.

If such a fund is set up, Losch insisted it should show how Member States’ financial contributions bring added value to national renewables objectives. For instance, the fund could feature multipliers – the more money a country puts in, the more that project would count towards a country’s national contribution to the collective 2030 renewables target. He also suggested that Member States are offered a choice, i.e. a portfolio of projects that can be supported by common funding and from which countries will be able to choose depending on national preferences.

WindEurope’s CEO Giles Dickson welcomed these remarks and argued that a new financing instrument should also reduce the costs of financing for renewable energy projects. The European Investment Bank could be a natural partner to provide guarantees for such projects, particularly in markets where regulatory risk is higher. The Commission concluded that whilst we are still at a learning stage on cross-border renewables deployment, it is clear that there is appetite and opportunity for European funding to expand joint efforts on renewables as part of the Energy Union.