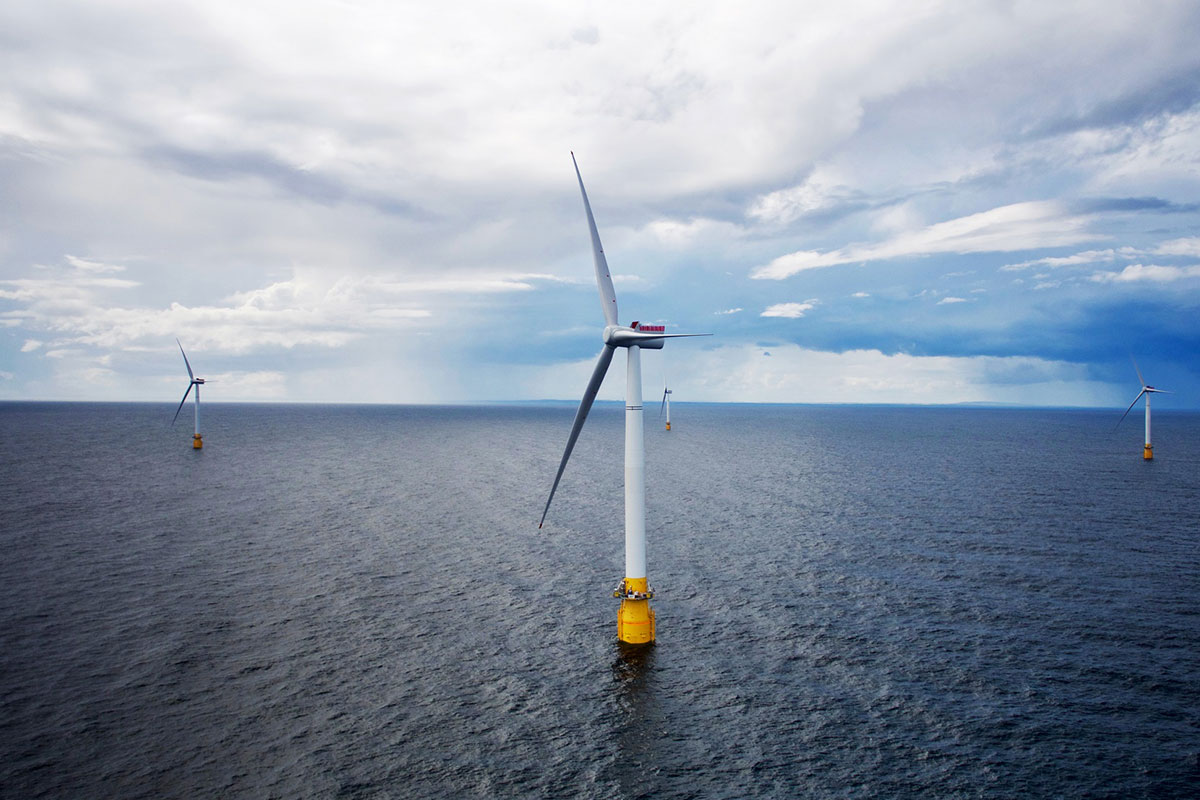 Statoil has installed a 30 MW wind farm off the North East coast of Scotland. It comprises five 6 MW Siemens turbines installed on floating structures at Buchan Deep, 25 km off Peterhead. The “Hywind Scotland” wind farm is expected to power around 20,000 households. According to Statoil, the project will demonstrate the feasibility of future commercial floating wind farms “that could be more than four times the size”.

From the first pilot floating turbine outside Karmøy (Norway) in 2009 to the launch of this new wind farm, costs have fallen by around 60-70%. Statoil believes cost reductions of a further 40-50% are “realistic” for future projects.

The Hywind project will cover around four square kilometres, at a sea depth of 95-120 metres. The floating turbines have a total height of 253 metres, with 175 metres of the structures floating above the surface of the sea (to the wingtip), and 78 metres submerged underwater. The rotor diameter is 154 metres. This is only the first step of the project with the end goal being to develop a large-scale floating offshore wind park of 500-1000 MW.

The Hywind launch comes on the back of the inauguration of France’s first offshore wind turbine last week – which also happens to be floating – and represents an important breakthrough for floating offshore wind technology. It shows it’s no longer an R&D play, but is ready to be integrated into the energy market.

Europe now has 14GW of installed offshore wind capacity, nearly all of it fixed-bottom. WindEurope expects this to rise to 25GW in 2020. And it could be 70 GW in 2030 if the right policies are in place and further progress is made on the integration of renewables in the energy system. Floating offshore wind will play an increasingly important role. Nine floating offshore wind projects, with a total of 338 MW of capacity are planned to be commissioned by 2021 in France, the UK, Ireland and Portugal.