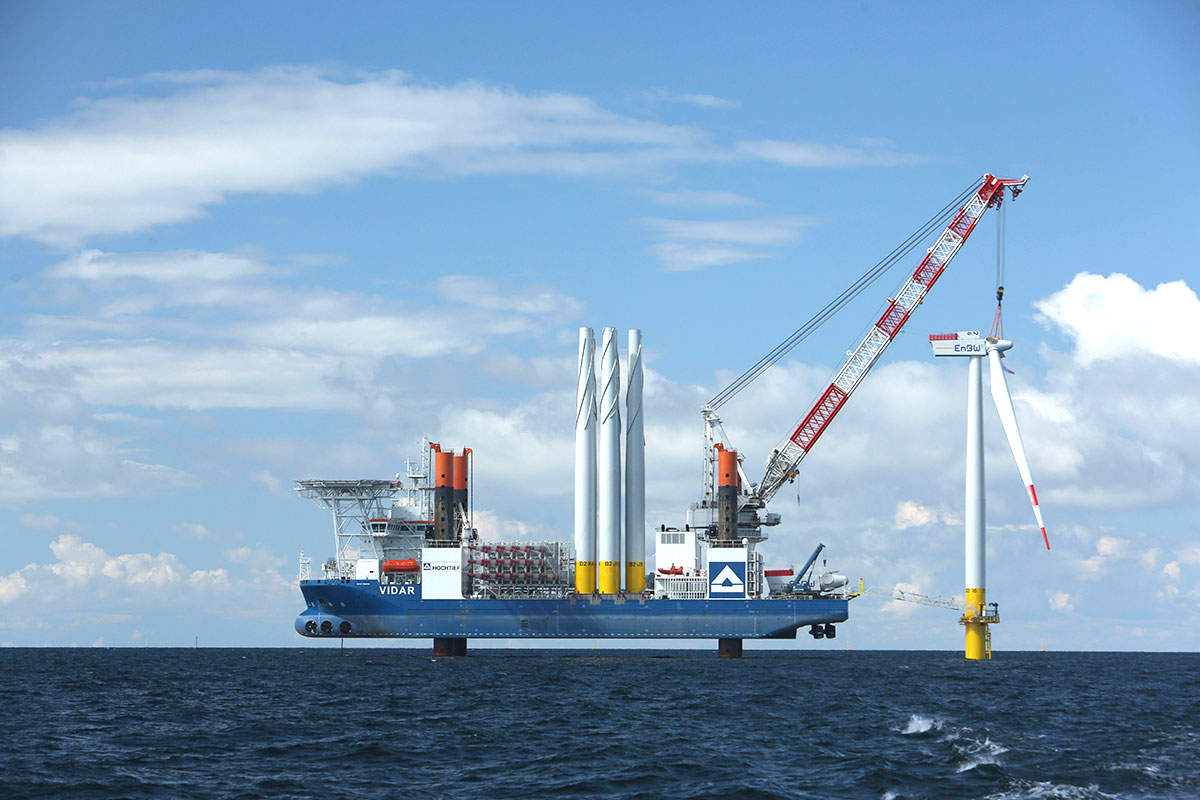 On 13 April, the German network regulator announced the results of the first offshore wind auction in Germany.

EnBW and DONG Energy have won the rights to build offshore wind farms in the German North Sea.

Commenting on the results, WindEurope CEO Giles Dickson said:
“The result of the first offshore auction in Germany is excellent news. For the offshore industry and for energy consumers. It proves that the trend towards cost reduction in offshore wind continues. And that record-breaking bids in Denmark and the Netherlands in 2016 were no exceptional cases.

Government schemes for offshore wind like in Germany have been instrumental to reduce costs. They have allowed the industry to mature and accelerate its learning curve. And by providing stable revenues to operators of offshore wind farms, financing costs were cut to a minimum.

The 900 MW He Dreiht offshore wind farm will be built and operated by EnBW without government support. That’s a first and thus another game-changer. It shows that offshore wind is now on a par with conventional power generation.

Some challenges remain. Germany needs to intensify its work on grid expansion, in particular onshore. On a European level, overcapacity needs to be tackled to re-establish long-term price signals for investors.

And above all, we need governments to provide the industry with clarity on their post-2020 offshore wind plans. Despite having delivered cost reductions ahead of its self-imposed schedule, the industry needs at least 4 GW/year after 2020 to continue reducing costs. If countries want to capitalise on the development of a competitive, clean and job creating wind energy sector, they need to make a clear commitment on future volumes.”

Join WindEurope on 6-8 June 2017 in London to find out how we can secure the volumes to power our future at Offshore Wind Energy 2017.