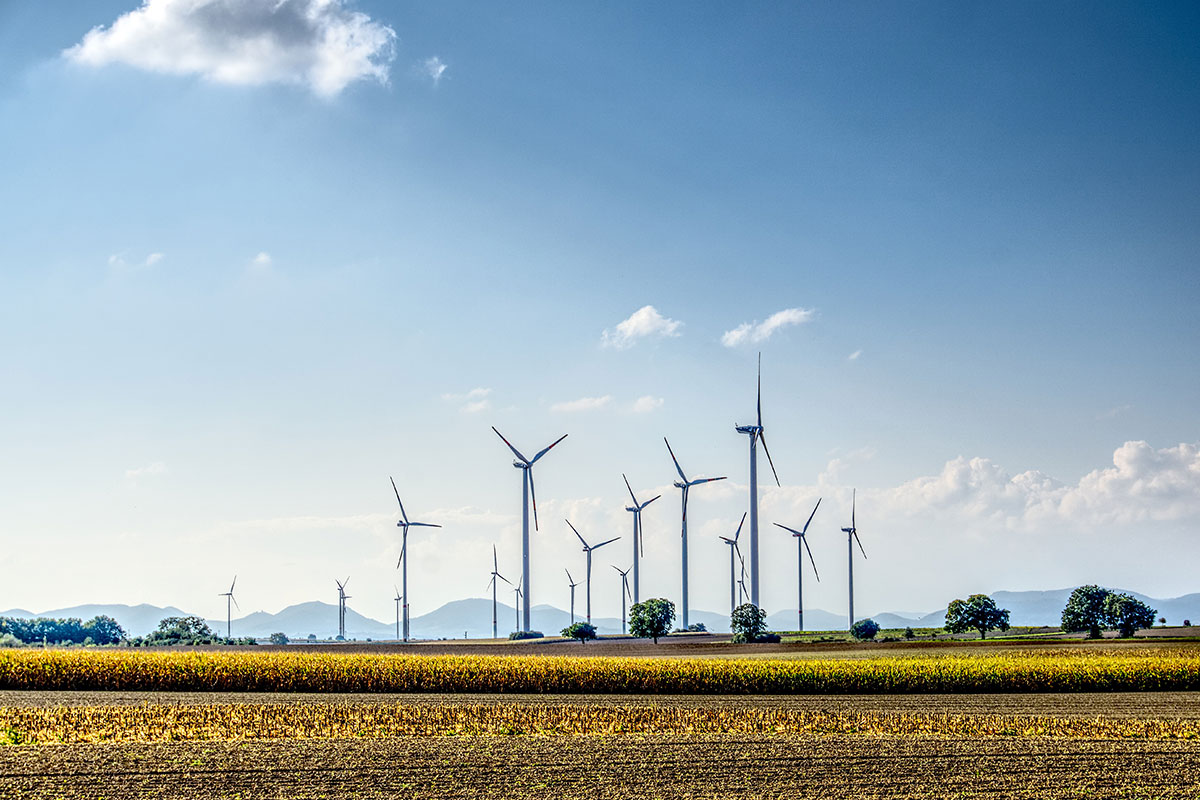 2017 was also a record year for new investments in future wind farms. 11.5 GW worth of projects reached Final Investment Decision: 9GW in onshore wind and 2.5 GW in offshore. But the value of these investments at €22.3bn (€14.8bn onshore and €7.5bn offshore) was 19% down on 2016. Cost reductions in the wind industry supply chain and increased competition in auctions gave investors more capacity for less cash.

Wind energy in Europe now has a total installed capacity of 169 GW: 153 GW onshore and 16 GW offshore. Germany remains the country with the largest installed wind power capacity (56 GW). It’s followed by Spain (23 GW), the UK (19 GW) and France (14 GW). With a share of 18% wind remains the second largest form of power generation capacity in Europe, closing in on natural gas. Wind energy generated 336 TWh in 2017, enough to cover 12% of EU electricity demand. In Germany wind was 20% of power. It was 44% in Denmark, and 24% in Ireland and Portugal.

WindEurope CEO Giles Dickson said: “2017 was a strong year for wind energy with a high number of new installations and wind accounting for 12% of Europe’s electricity. It’s further evidence that wind is mainstream and delivers bang for your buck. It’s cheap, increasingly stable, and industrial consumers are now turning to it as an energy source of choice. Governments have nothing to fear from being ambitious on wind energy and renewables more broadly.

“That it was a record year reflects the fact that lot of the new projects were ‘pushed through the gates’ to benefit from feed-in-tariffs and other old support schemes while they still applied. This was especially the case in Germany with its 5 GW of new onshore, and was also true for the UK and France.

“And despite the strong figures the medium and longer term outlook for wind is uncertain. The transition to auctions has been messier than we hoped. And crucially we lack clarity from many Governments on their ambitions for renewables post-2020. Countries need to start clarifying how much wind energy they want to deploy in the future. This will give visibility to the industry, allowing us to plan ahead and reduce costs. And it will allow others such as Transmission System Operators to plan the necessary infrastructure build-out. The wind industry won’t invest in Europe’s economy if the market prospects are not there. Countries now have the chance to turn their National Energy & Climate Plans into investment brochures by committing to ambitious wind volumes.

“It’s now clear given the recent expansion of renewables and the rapidly falling costs that Europe can deliver on a 35% renewables target for 2030. A 35% target is not just affordable, it’s economically desirable. It’s what the European Parliament wants. The Commission seem to support a higher target. Member States now need to recognise the social and economic benefits of more ambition. The wind industry has shown it can deliver. Now we need policy-makers to deliver as well.”