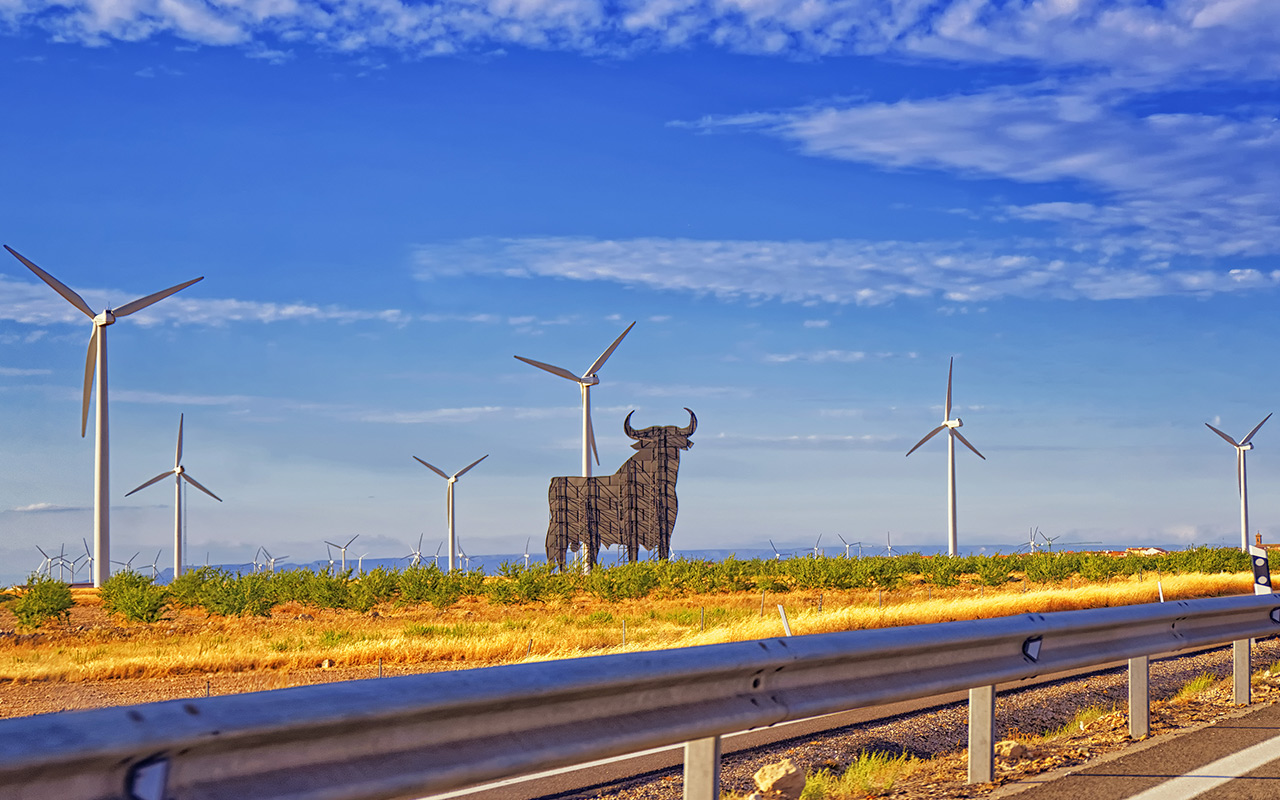 This argument assumes that wind farms sell electricity at today’s so-called “spot” prices in the wholesale electricity market.  In practice, they don’t.  A lot of what they sell is sold at pre-agreed prices in fixed-term contracts.  Wind farms – and power utilities more broadly – hedge against low and high prices and forego the upside if high spot prices.

The new measure imposes charges of €40-80/MWh.  A wind farm with fixed long-term revenues of €35/MWh will now lose money on every MWh they produce.  Result 1: many wind farms will close down for the time being.

And those thinking of investing in new wind farms in Spain will now face lower revenues and, worse, increased uncertainty about future revenues given the Government’s willingness to intervene in the market. Result 2: the measure undermines the outlook for new investments in wind and other renewables in Spain.

These 2 impacts directly undermine the EU Green Deal.  The latter requires 30 GW of new wind farms to be built every year to 2030.   The EU is currently building 15 GW a year.  It cannot afford to undermine new investments or the business case for running existing wind farms.

Moreover, wind and other renewables are affected but fossil plants are not, which incentivizes fossil generation – contrary to the goals of the Green Deal and the “polluter pays” principle underpinning the EU ETS and the rest of EU climate and energy policy.

The Spanish government says the measure is not inconsistent with EU law.  They say it won’t affect market electricity prices.  That’s questionable – such a large reduction of income will inevitably affect market behaviour.  The charges will also result in power producers to bidding into the market at prices unrelated to costs, which goes against the EU Electricity Regulation and Directive.   More broadly, state intervention of this nature goes against the principle of predictability and the informal legal framework that is central to EU energy markets.

The new measure comes on the back of a proposed “CO2 Charge law” under consideration in the Spanish Parliament, which envisages another retroactive charge on clean power plants built before October 2003, on the grounds they don’t have EU ETS costs.  The combined effect is further complexity and uncertainty for market participants.

We fully support the need to protect vulnerable citizens from spikes in energy prices.  But EU law allows for alternative solutions to Spain’s “gas tax” on renewables, as other countries are showing: cutting energy taxes; compensating citizens from State budgets, adjusting regulated tariffs etc.   We look forward to the toolbox the Commission has committed to provide, setting out what may and may not be done to deal with this complex situation.