WindEurope participated in a one-day workshop on auctions organised by the International Renewable Energy Agency (IRENA) and the Energy Community Secretariat in Vienna. The workshop aimed to provide guidance to the Energy Community members on the key elements for efficient auctions and to present best practices from around the world. Participants included the European Commission, the European Bank for Reconstruction and Development, government and industry representatives.

Coal represents today the bulk of the South East European countries’ energy mix. But the significant cost reductions achieved in renewable energy technologies have positioned them as a cost-competitive energy supply alternative to governments. Wind energy is the most abundant renewable source in the South East Europe region but only 4.9 GW were installed by end 2015, mostly in Bulgaria, Romania and Ukraine, compared to an estimated technical potential of 532 GW (source: IRENA).

Already in 2012, the Contracting Parties of the Energy Community committed to increase their share of renewables by implementing the EU renewable energy acquis and adopting national renewable energy objectives. Key policy measures to foster renewables include the implementation in national legislation of the 2014 State aid guidelines which prescribe tenders as a preferred option for renewable energy procurement as of 2017.

WindEurope shared with participants its recommendations for the design of wind energy tenders and lessons learned from the auction rounds that took place in the EU in 2016. Notably, WindEurope underlined the need for long-term visibility on renewables deployment volumes and a tender design which recognises the specific technical characteristics of wind energy technologies. 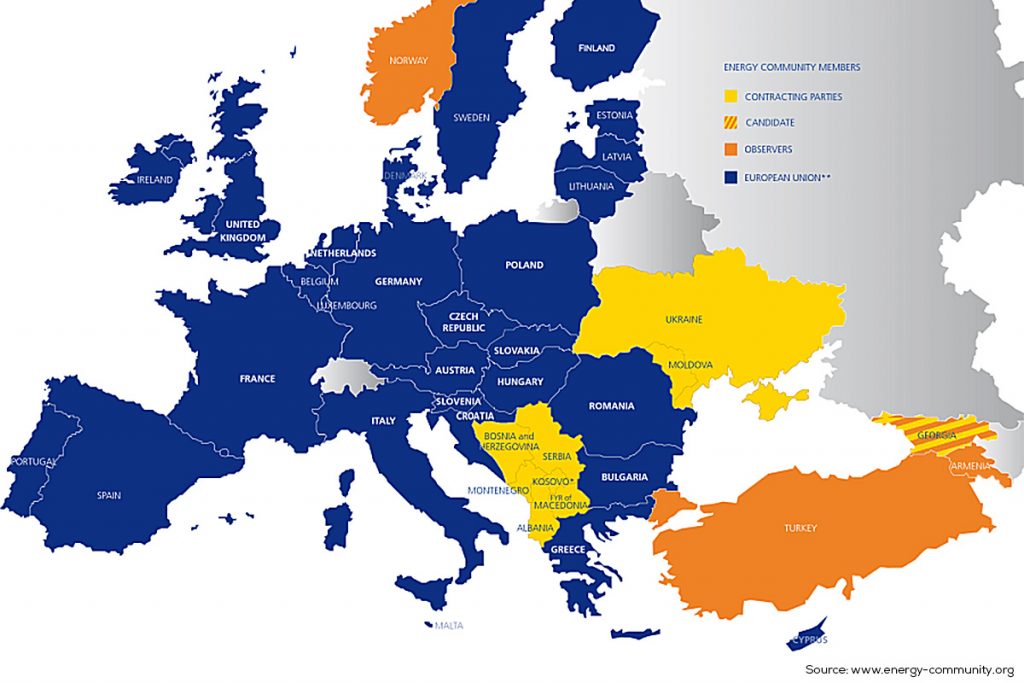