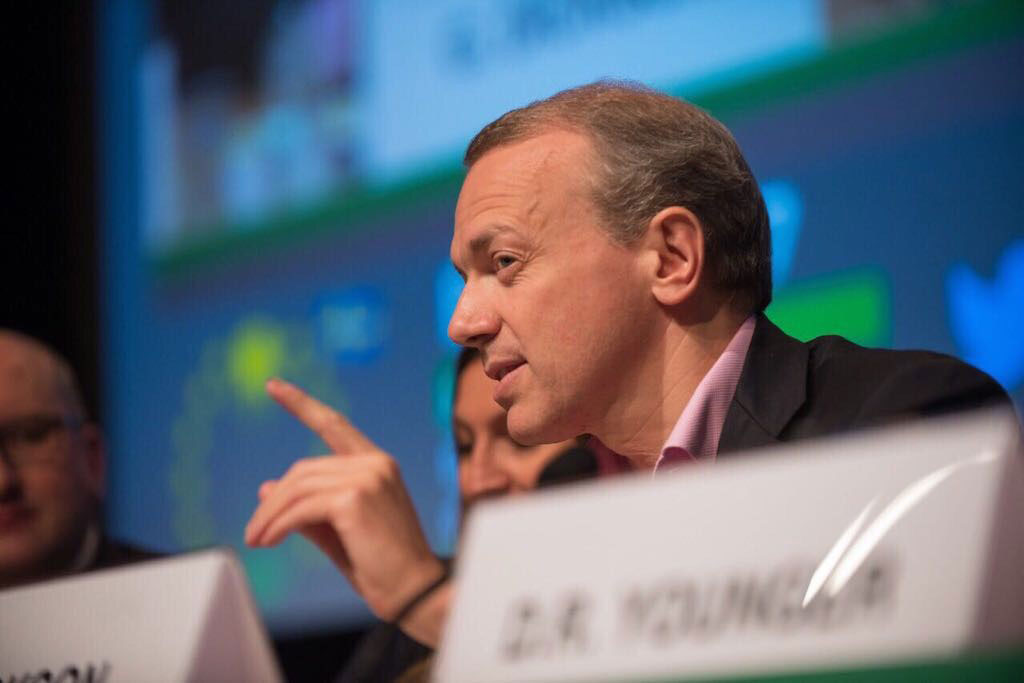 On a panel with Paolo Frankl (Head of the Renewable Energy Division at the International Energy Agency) and Dana Younger (Chief Renewable Energy Specialist of the International Finance Corporation), Dickson highlighted the common interests between wind and biomass: both play a key role in delivering the 30% of Europe’s power that comes from renewables, and both will play key role in increasing this to 50% by 2030 and to much higher levels beyond. As a constantly available and immediately dispatchable source of renewable power, biomass has an important role to play in balancing wind; together, biomass and wind will play a key role in delivering the electrification and decarbonisation of heating and transport. Dickson also noted the important political role biomass plays in securing buy-in for renewables in Central and Eastern Europe.

However, the biomass industry needs to work even harder with the relevant governments to ensure their support of ambitious renewables policies, including a more ambitious EU Renewables Directive. Dickson urged the biomass industry to ensure they apply clear and rigorous accounting methodology in recording energy output from biomass. Over-counting in many places, especially Central and Eastern Europe, has been effectively ‘crowding out’ wind in some countries because governments thought they had (more than) enough renewables. This, Dickson stated, is not to the benefit of either wind or biomass: addressing the biomass industry, he said “You’re deploying less in practice than governments claim you are”.

Finally, Dickson insisted on the importance of technology specific (as opposed to technology neutral) policies and support for renewables. The investments needed for the energy transition are so vast that planning, which includes coordinating the volumes required from each technology, is essential to send investment signals to each sector and reduce overall costs. He insisted that allowing the cheapest technology to always dominate the mix is inconsistent with having a balanced energy mix.

Both Frankl (IEA) and Younger (IFC) supported the need for technology-specific policies and support. Frankl added a third reason: the system integration impacts of technology-neutral policies are not good either.

The biomass industry representatives also supported Dickson in principle on technology-specific support, though it clearly remains a sensitive issue for this industry given the competition between different forms of bio-energy.