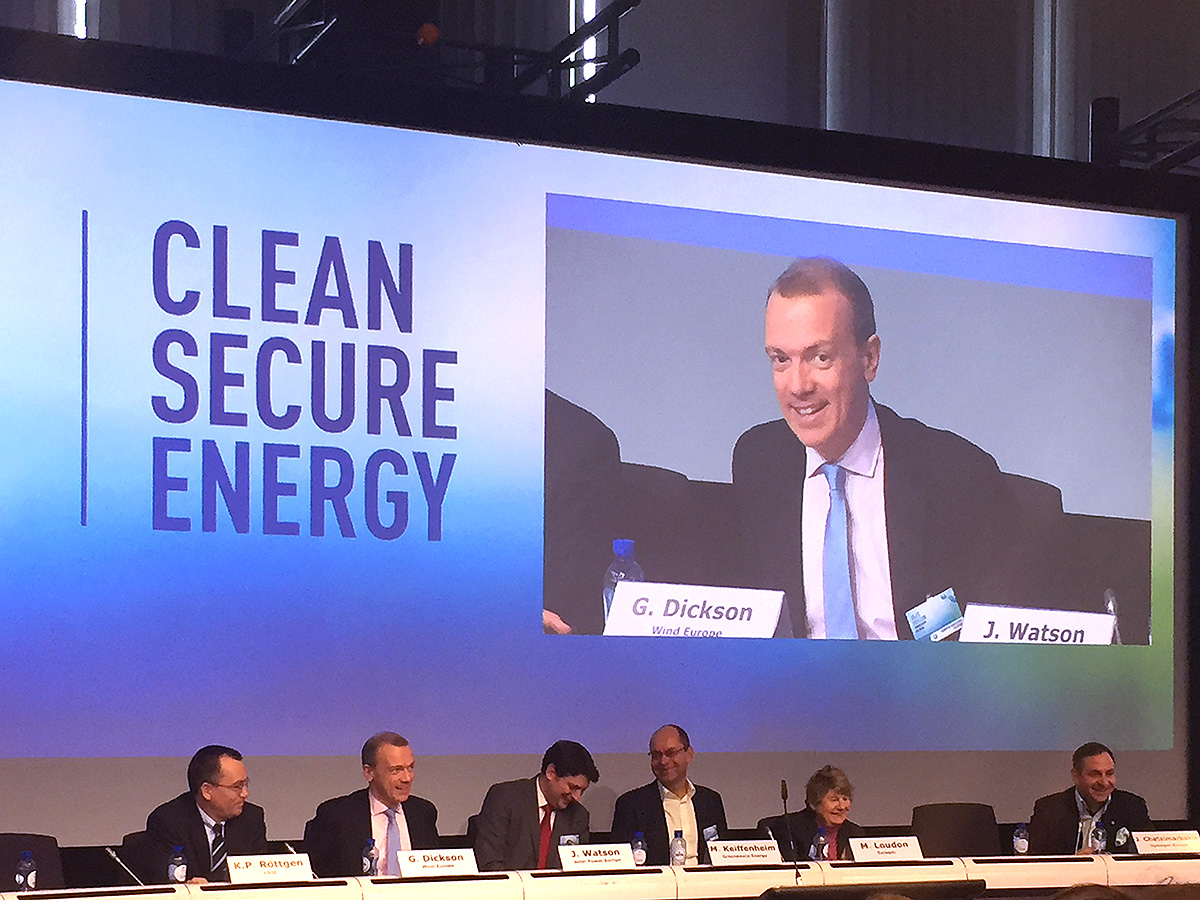 Dickson addressed delegates of the Fuel Cell and Hydrogen Stakeholder Forum in Brussels. He highlighted that the transport and heating sectors will represent over 25% of energy demand by 2030, with huge potential for electrification.

New applications and projects are emerging such as the hydrogen-powered trains that will be deployed in Germany from 2018 onwards. Dickson identified this as an opportunity where surplus wind power in the North of Germany could power trains, which would help address the challenges of increasing curtailment.

Dickson stressed the need to focus on business models that ensure hydrogen can be produced from renewables and wind energy sources. For example, the Guarantees of Origin scheme should be improved so that producers and consumers can be certain that the hydrogen they use comes from renewable-generated power. Dickson noted that the hydrogen industry could also play a role in long-term Power Purchase Agreements. Wind power represents more than 80% of all Europe’s electricity purchases through corporate PPAs.