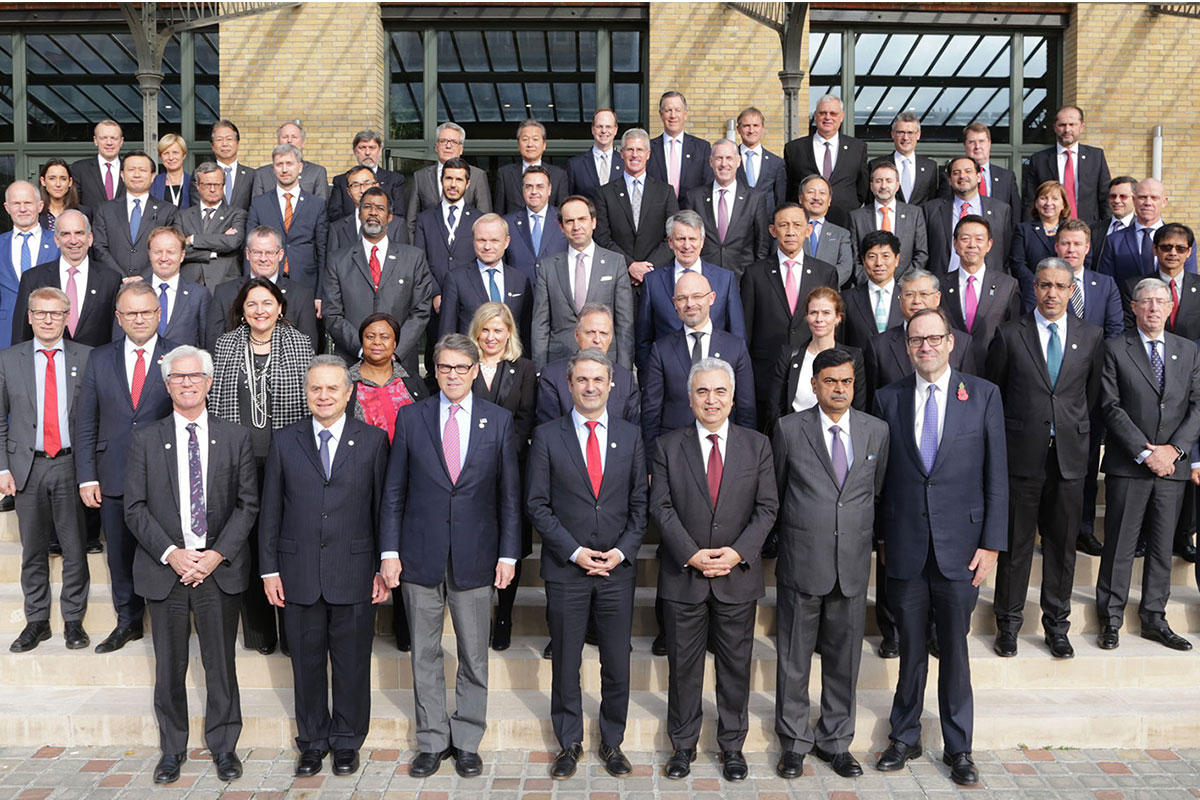 On Wednesday, 8 November, WindEurope CEO Giles Dickson discussed the energy transition with Ministers and CEOs at the 2017 IEA (International Energy Agency) Ministerial Meeting in Paris. This major biennial event focuses on global energy challenges and how they can be overcome, and is a significant meeting point for coordinating a global vision for the energy sector going forward.

The event was extremely positive in terms of the outlook for wind energy. Significantly, WindEurope was the only energy association in attendance at the event, and had unprecedented access to the world’s energy leaders. In addition to the ministers and top government officials from the IEA’s 29 member countries and seven Association countries (Brazil, China, India, Indonesia, Morocco, Singapore and Thailand – and other partners), there were more than 30 CEOs from across the energy spectrum present at the event, representing companies such as BP, Chevron, ExxonMobil, GE Power, Mitsubishi Corporation, Mitsubishi Heavy Industries, Morgan Stanley, Shell, Iberdrola, Vattenfall, and many more.

This event was thus a key opportunity for Dickson to communicate both the achievements and the ambitions of wind to key leaders in government and industry. In a very positive development, there was unanimous support from ministers for increasing the share of renewables in the global energy mix, with several acknowledging and endorsing the leading role that wind energy will play in the global energy mix post-2030.

Dickson spoke to the world’s energy leaders about the ongoing energy transition. In particular, Dickson focused on the falling costs of system integration and emphasised the enormous leaps forward made in terms of storage, demand response, balancing costs and the increased capacity afforded by evolving turbine flexibility. The costs of lithium ion batteries is falling to such an extent that, Dickson said, “We can now measure our installed battery units in terms of MW, not kW.” The European Commission expects that Europe’s 20 GW of demand response capacity will reach 100-160 GW by 2030. Intraday trading is bringing about rapid falls in balancing costs (the cost of matching electricity supply and demand in real time): in Germany, these balancing costs have fallen by a massive 70% in the last ten years.

These developments, Dickson said, underline the fact that renewables have a leading role to play in enhancing energy security, not least because they use local natural resources and reduce energy imports.