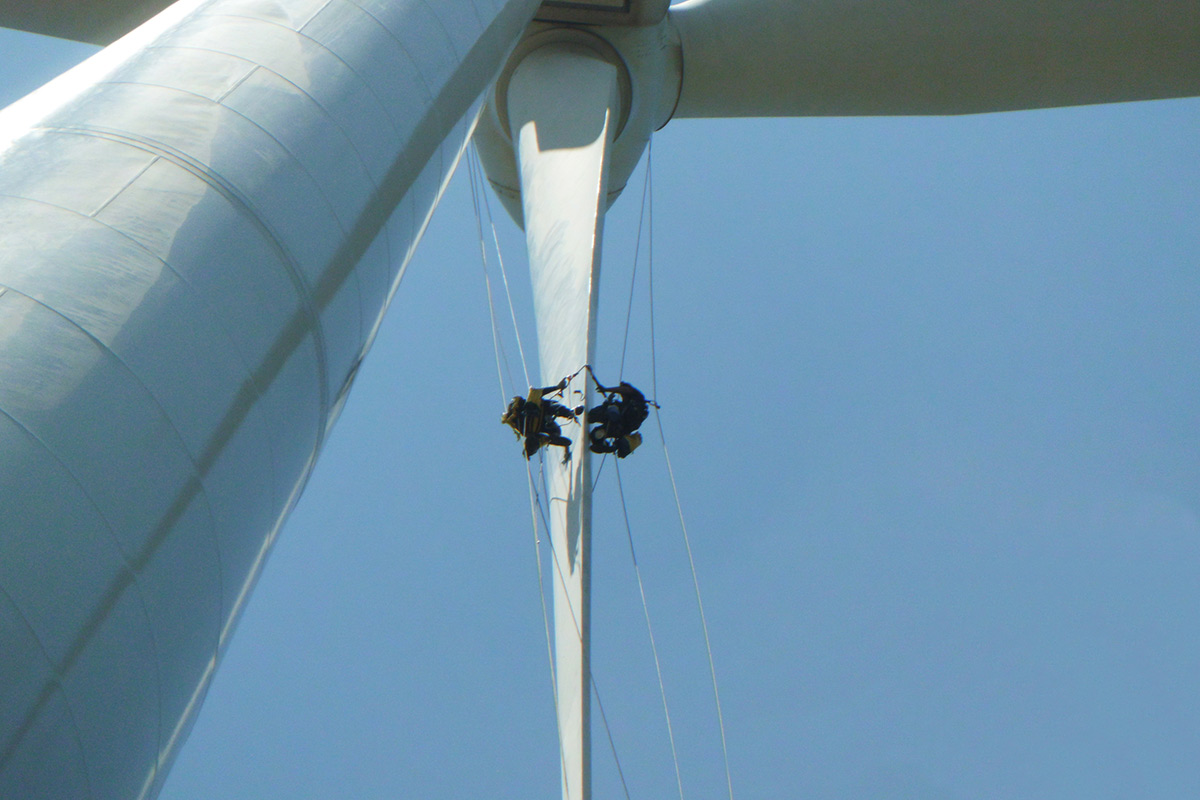 30 April was the deadline for EU Member States to submit their draft Recovery & Resilience Plans (RRPs) to the EU Commission for approval.  The Commission’s approval is necessary for Member States to access their share of the €673bn EU Recovery & Resilience Facility, the centrepiece of the EU’s post-COVID Recovery Plan. Almost half of the EU27 haven’t submitted their Plans on time.

EU Member States had until 30 April to submit their national Recovery and Resilience Plans (RRPs) to the EU Commission. These Plans earmark recovery funding for priority sectors and projects and have to detail reforms that will facilitate economic recovery. The Commission has stressed that the green transition must be central to the RRPs: at least 37% of all spending under the Recovery & Resilience Facility (RRF) must be climate-related.

Wind energy is perfectly positioned to help drive economic recovery in Europe. Wind is cheap and scalable, and it can help to make Europe’s recovery resilient and sustainable. The RRPs can play a crucial role in supporting investments in wind energy, especially in the supporting infrastructure needed for the expansion of wind.  WindEurope has been urging Governments to earmark RRP funding for electricity grids, renewable hydrogen infrastructure and research & innovation, e.g. in floating offshore wind technology and blade recycling.

Ports and roads are other key areas for strategic investment. To deliver the projected expansion of offshore wind, Europe needs to invest €6.5bn in its port infrastructure over the next 10 years. The RRPs offer an ideal opportunity for such investments.

The EU Commission now has two months (until 30 June) to approve the draft Plans. This time must be used productively to ensure the RRPs genuinely support the sort of investments that will deliver the green and digital transition – and support employment and competitiveness in Europe’s green industries. As part of that the two months should allow for scrutiny of the RRPs by the European Parliament and civil society.

Notwithstanding the urgency of economic recovery, the RRF was designed as a medium-term growth strategy, not just a counter-cyclical stimulus. The €673bn will to a large extent determine the fate of the EU Green Deal. Investments in fossil infrastructure would undermine Europe’s long-term target of climate-neutrality by 2050.

The approval of the RRPs also gives the Commission an unprecedented opportunity to leverage concrete reforms and the right sort of public spending to accelerate the build-out of renewables across the EU.

This should mean conditioning approval of the Plans on reforms needed to accelerate the build-out of renewables, such as the relaxation of Poland’s “10h” distance law, which currently bans the installation of wind turbines on over 99% of Polish territory.

The Commission should also push harder to deliver on its ‘Power Up’ flagship: to deliver 200GW of additional renewable energy capacity by 2025. In the case of Spain for example this means supporting large-scale floating offshore wind projects in the Canaries and elsewhere.

Sometimes the Commission will need to be firm: for instance previous drafts of the Romanian RRP earmark too much spending for natural gas infrastructure and not enough for electricity grids. This won’t do. The Romanian Government needs to change course.

Permitting constraints remain a major bottleneck to the expansion of renewables envisaged in the RRF, and the Commission should take the opportunity to challenge them.  E.g. in Italy none of the 9 GW of wind projects submitted since 2017 has received their building and operating permits. In Spain only 100 MW out of 5 GW of projects under permitting in Galicia in 2020 got the final go-ahead on their Environmental Impact Assessment. In Finland it can take over four years to regularise zoning. The Commission could resolve many of these shortcomings by insisting on simple reforms.

There are bright spots: Poland plans to spend €437m to develop port infrastructure to support the deployment of 2.6GW of offshore wind by 2026.  Spain is proposing €1.6bn for renewable hydrogen. Bulgaria is offering €260m for the modernisation and digitalisation of its electricity transmission system operator. And Belgium has earmarked €100m for a wind energy island in the North Sea.

So far only 14 of 27 EU Member States have submitted their RRPs: Belgium, Denmark, Germany, Greece, Spain, France, Italy, Latvia, Luxembourg, Austria, Poland, Portugal, Slovenia, and Slovakia. The remaining Member States should submit their plans as fast as possible to avoid delays in the payout of the RRF.

« Latvia has a lot of wind energy potential – it’s time to start using it
The EU’s revised Industrial Strategy: towards a strategic approach to renewables »