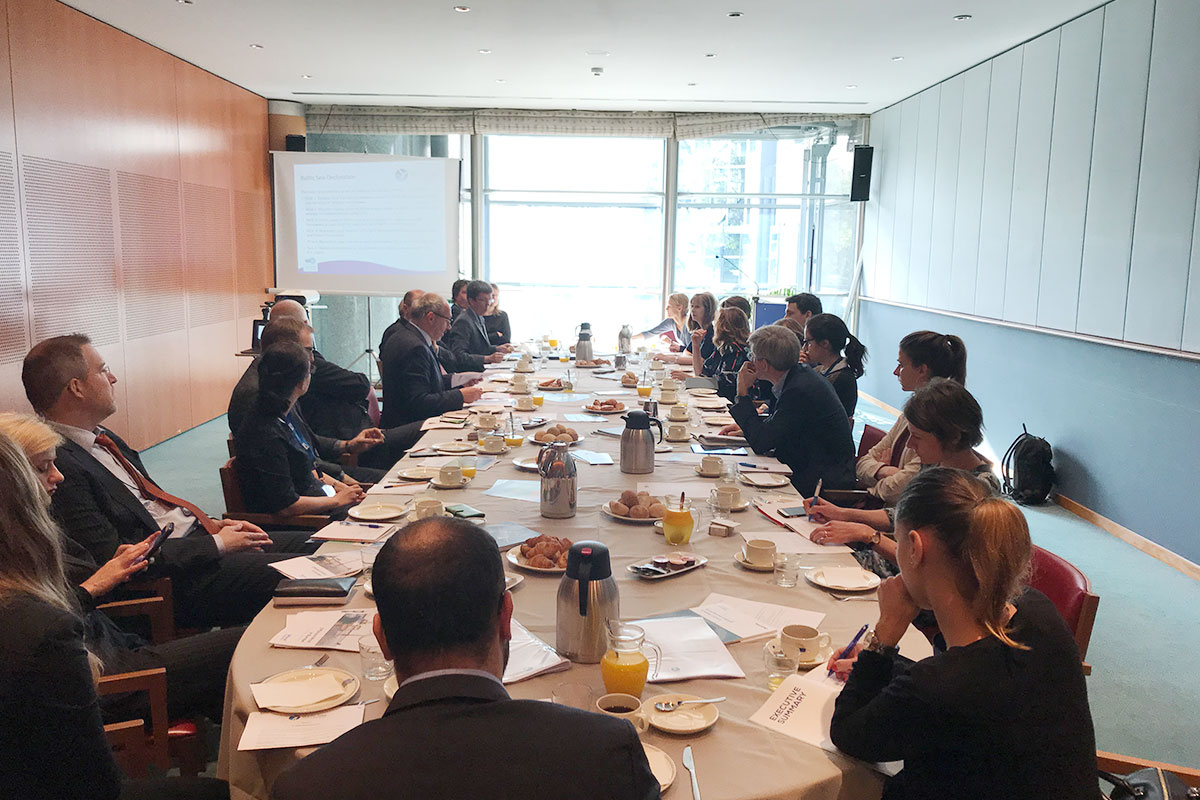 On Thursday 3 May, WindEurope organised a breakfast discussion in the European Parliament to explore ways of unlocking the potential for offshore wind in the Baltic Sea. The breakfast was hosted by MEP Claude Turmes and gathered industry leaders, MEPs, and representatives of the European Commission.

With 1.85 GW installed today in the sea basin, the Baltic Sea has 12% of the total offshore capacity installed in Europe. According to one of WindEurope’s latest reports, the technical potential of offshore wind energy in the Baltic is a power output of 2,000 TWh/yr at 5 to 12 nautical miles (nm) from shore by 2030. Out of this, 750 TWh/y can be defined as economically attractive and would correspond to 186 GW installed.

Regional cooperation will prove important to unlocking this potential. Ms. Catharina Sikow-Magny, Head of Unit in charge of Networks and Regional Initiatives at DG Energy, stressed that the European Commission is willing to support the process of regional cooperation between Member States around the Baltic Sea. Through the Baltic Energy Market Interconnection Plan (BEMIP), for example. BEMIP is a European Commission-led initiative that is already looking into the potential of renewable energy in the region. The initiative also focuses on grid expansion, energy security and the synchronisation of the Baltic system with the central European electricity network.

Similarly to the North Sea Energy Forum, the offshore wind energy industry is willing to support the BEMIP in its role as the main platform for member states around the Baltic Sea to collaborate in energy-related matters. Close cooperation between Member States in areas such as tender planning, standardization of health & safety procedures and aviation markings would help the industry reducing costs.

Europe needs to deploy 6 GW/year of offshore wind to continue developing its supply chain, continue cost reduction and maintain global leadership. Member States’ current level of ambition is not sufficient to reach this target.  The Baltic Sea region can play a great role in this process. Offshore wind energy represents a significant power generation asset in the Baltic region and needs to be clearly incorporated in the National Energy and Climate Plans (NECPs).