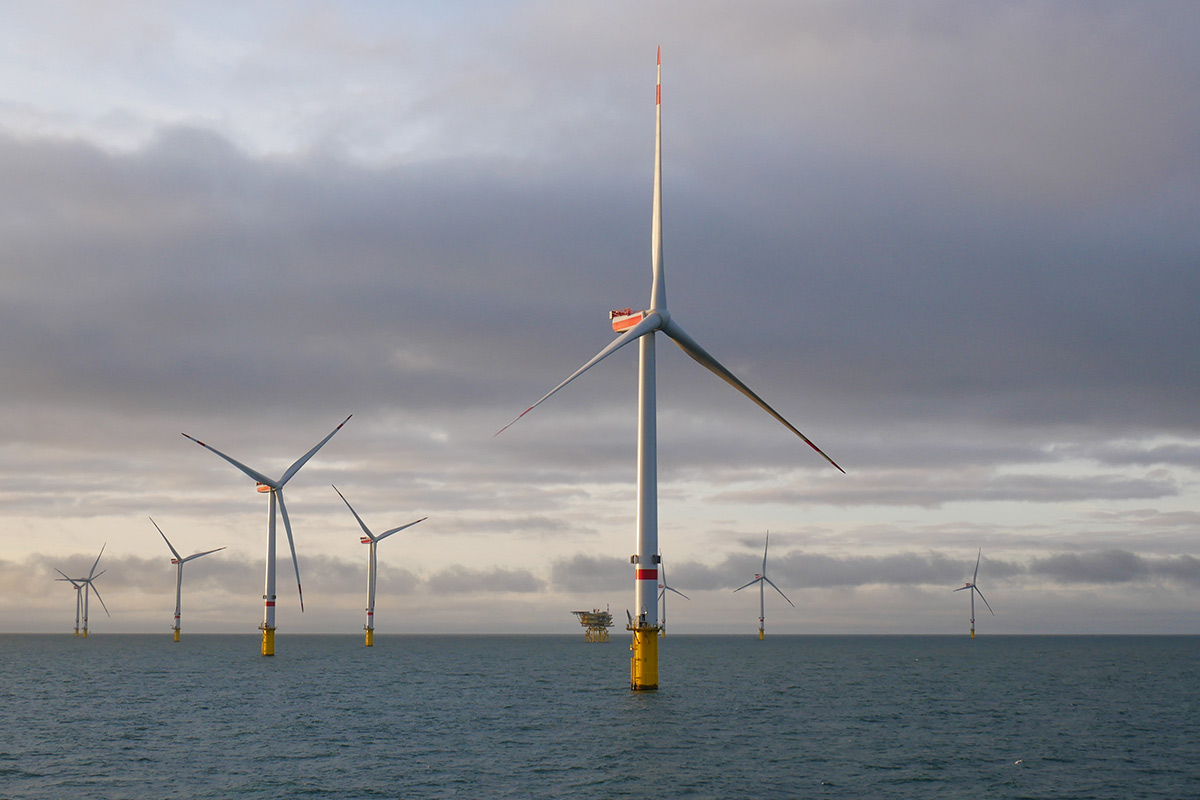 During the 2020 WINDFORCE Conference hosted by wab e.V. in Bremerhaven (Germany) on 3-4 September, WindEurope CEO Giles Dickson addressed the current political developments on the German market. In a panel he spoke about the importance of auction design and the regulatory framework for the future of the German offshore wind supply chain.

Briese presented different scenarios to illustrate the effects of political decisions on employment. He reminded the audience of the rapid growth of offshore and onshore wind in Germany. In terms of average annual growth rates, offshore (29%/year) and onshore (19%/year) wind had outperformed most other industries in the past decade. Recently, the growth of the industry slowed down, as new German installation numbers fell. First insolvencies and a reduction in total German offshore wind jobs were the results.

The panellists agreed that offshore wind installations offered great potential for employment along the whole value chain. As Germany plans to increase its offshore wind capacity to 20 GW by 2030 and 40 GW by 2040, the panellists painted an optimistic picture for the future of the sector.

WindEurope CEO Giles Dickson pointed to the importance of the German market for a competitive European offshore wind industry. But he also voiced concerns with the proposed auction design in the new German offshore wind bill.

“Growing international markets for offshore wind offer huge technology leadership and export potential for German companies. But there is competition from other European countries which are pioneers in offshore wind such as Denmark and the UK and from countries which are now eager to expand offshore wind and their supply chain such as Poland, France and Spain. Jobs and investment volumes depend on getting the regulatory framework for offshore wind right. To keep attracting investors, Germany must introduce Contracts for Difference, the most popular and most reliable model for refinancing offshore wind energy projects”, said Dickson.

Background:
The German government has proposed an amendment to the German offshore wind bill (WindSeeG) that would allow for negative biding in the case of multiple zero-bids. A broad alliance of companies, politicians and associations urged the government to review the plans and to introduce Contracts for Difference instead. The Bundesrat, Germany’s second chamber, rejected the government plans and recommended the implementation of Contracts for Difference as well. The final decision in the German parliament is yet to be taken.