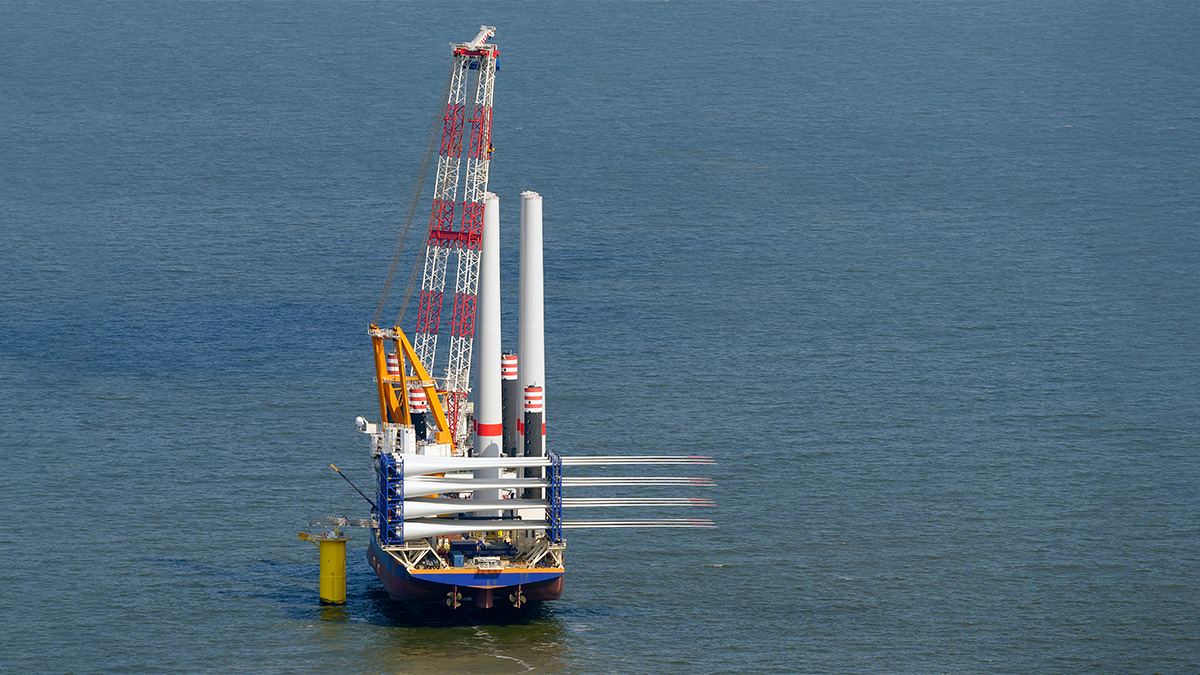 Last week the Greek Parliament approved Greece’s first Offshore Wind Law, a key milestone to kick-start offshore wind development. In the coming months the Greek Government will adopt several decrees specifying future offshore wind zones and auction criteria. By 2030 Greece wants to build at least 2 GW of offshore wind. Given the characteristics of Greek waters, much of it will be floating offshore wind farms.

Greece has 4.5 GW of wind energy installed today, all onshore, covering more than 18% of its electricity demand. But the potential for wind energy in Greece is much bigger, especially for offshore wind.

Greece’s National Energy and Climate Plan (NECP) envisages a total of 7 GW of wind energy by 2030. This target will be increased with the NECP revision in 2023. The Government wants to build at least 2 GW of offshore wind by then. Thanks to the good wind resource around the Greek peninsula, offshore wind could play a key role in providing a clean and reliable energy supply to the more than 150 inhabited Greek islands.

In the coming months the Greek Ministry for the Environment and Energy will adopt a series of decrees. They will commission Strategic Environmental Impact Assessments to first define broader offshore wind development areas. They will then assign exact installation zones within these areas. The decrees will also specify the exact terms for offshore wind development in each installation zone. These zones will be defined in consultation with other societal interests, such as military, fisheries or tourism.

Developers will be able to apply for non-exclusive research permits for the broad offshore wind development areas. This will allow them to undertake resource assessment studies and sea space surveys. The first round of applications is foreseen within the next 1-2 years.

How fast the first Greek offshore wind turbine can be commissioned will largely depend on the timely issuance of decrees, sufficient visibility for investors and developers as well as the definition of adequately wide offshore wind installation zones that allow for scale-effects and increase the attractiveness of each zone.

Only developers with a research permit will be eligible to bid in the upcoming offshore wind auctions. These first offshore wind auctions could take place as early as 2025-2026. The Government is opting for a sliding Feed-in-Premium scheme to support offshore wind development. Successful bidders will acquire the exclusive right to develop, construct and operate the offshore wind farm in the defined installation areas. The sliding Feed-in-Premium revenue stabilisation scheme is very similar to Contract-for-Difference (CfD) auctions. CfDs have demonstrated their value for society in many different countries across Europe already.

Another push for floating offshore wind

Given the characteristics of the Greek coastline with water depths of more than 50 metres, much of the 2 GW Greece aims to build by 2030 will be floating offshore wind. The Greek Offshore Wind Law is therefore yet another push for Europe’s floating offshore wind industry. Today Europe has just over 100 MW of floating wind across four projects operating in Scotland, Portugal and Norway. But the pipeline of new projects is growing. It is not unreasonable to expect that Europe will have over 10 GW of floating wind in operation by 2030.

Developers interested in building offshore wind in Greece will need to demonstrate financial and technical capability as prequalification requirements. Almost all Greek companies active in onshore wind have already expressed their interest. And there is also plenty of appetite from international offshore wind developers.