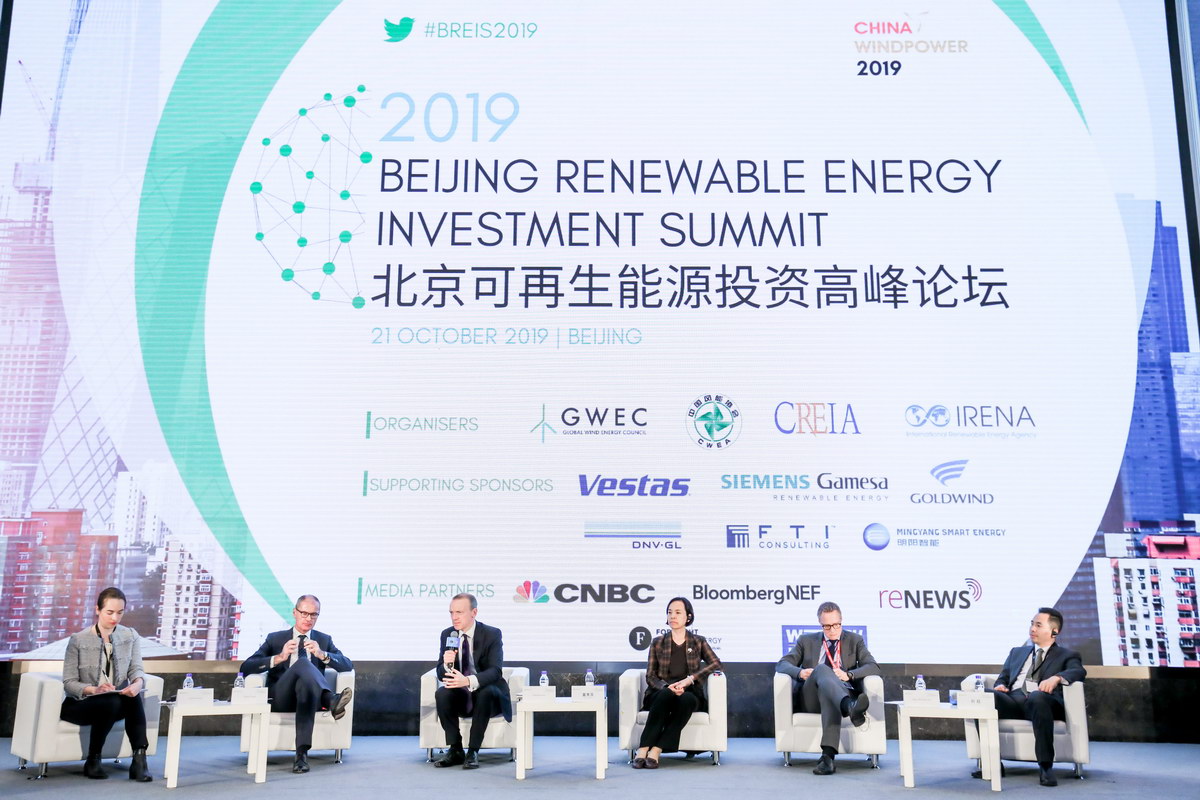 On 21 October WindEurope CEO Giles Dickson spoke at the Beijing Renewable Energy Investment Summit. The summit forms part of the China Wind Power event organised by the Global Wind Energy Council, and Dickson spoke on a panel about ‘Globalising the Energy Transition.’

Europe is at the cutting edge of the energy transition, Dickson said, and provides a good indicator of the trends that will emerge globally as decarbonisation continues. There is an increasing focus on fairness, or “just transition”. In other words, we need to ensure that decarbonisation does not lead to deindustrialisation. One way to do this is re-skilling: re-training fossil fuel workers to provide O&M services to wind farms. We have already done this in Romania.

In parallel, floating wind is gaining increasing attention: it will open up vast areas of the ocean to wind energy. The West coast of the Americas and the seas around Japan could benefit hugely from this development. Europe is the pioneer here as well.

As the move to a carbon-neutral economy intensifies, grid infrastructure and system integration are major challenges. Major investment is required. “We are pushing for new funding as part of the European Green Deal,” Dickson said. “There are some early positive signs.”

Permitting has recently emerged as a major bottleneck in some key markets: particularly Germany. “We need sound legislation,” Dickson said. “In most countries this means simplification. Project opposition often causes permitting delays. But the public is broadly supportive of wind. That’s why we talk about project acceptance, rather than public acceptance. We need to involve communities in projects if we’re to meet our energy and climate goals.“

But the European energy transition does not simply face internal challenges. The Sino-US trade war has created considerable blowback for the EU. The imposition of safeguard measures on steel are increasing costs for EU wind turbine and component manufacturers. This is bad for jobs and for manufacturing in Europe.

International cooperation is essential here. The WTO plays a central role in this regard. The European wind industry relies on global supply chains. In this vein, progress in the WTO negotiations on industrial subsidies is essential.

Dickson recommended that emissions trading systems (ETS) similar to those found within the EU should be rolled out in all the major global economies. This will propel the energy transition. “Through transparent and market-driven policies, carbon prices should be pushed to a level sufficient to drive decarbonisation forward,” Dickson said. “In most cases, we’re not there yet.”

The alternative to the global roll-out of emissions trading systems are unilateral measures to try and level the playing field. This is what is under discussion in the EU right now. The idea is to introduce a Carbon Border Adjustment Tax for a selection of energy-intensive products (steel is first on the list) that are manufactured in markets where the carbon price is substantially lower than in the EU or non-existent.

Finally, Dickson added that oil companies have an important role to play: they have the financial resources and technological expertise to drive forward the development of offshore wind in particular. But they also have a duty: earlier this month the Guardian reported that 20 fossil fuel companies account for 35% of all energy-related carbon dioxide and methane emitted worldwide since 1965. That’s 480bn tonnes of carbon dioxide equivalent (GtCO2e).

So far, there are two oil companies that have made a real commitment to wind energy: Equinor, which has pioneered floating wind, and Shell’s New Energies segment, which is a significant on- and offshore wind energy developer. Unfortunately the focus of most oil companies has so far has been on carbon capture & storage, second generation biofuels, and (liquefied) natural gas, all of which are stop-gap solutions.

This will have to change if we want to decarbonise the global economy.