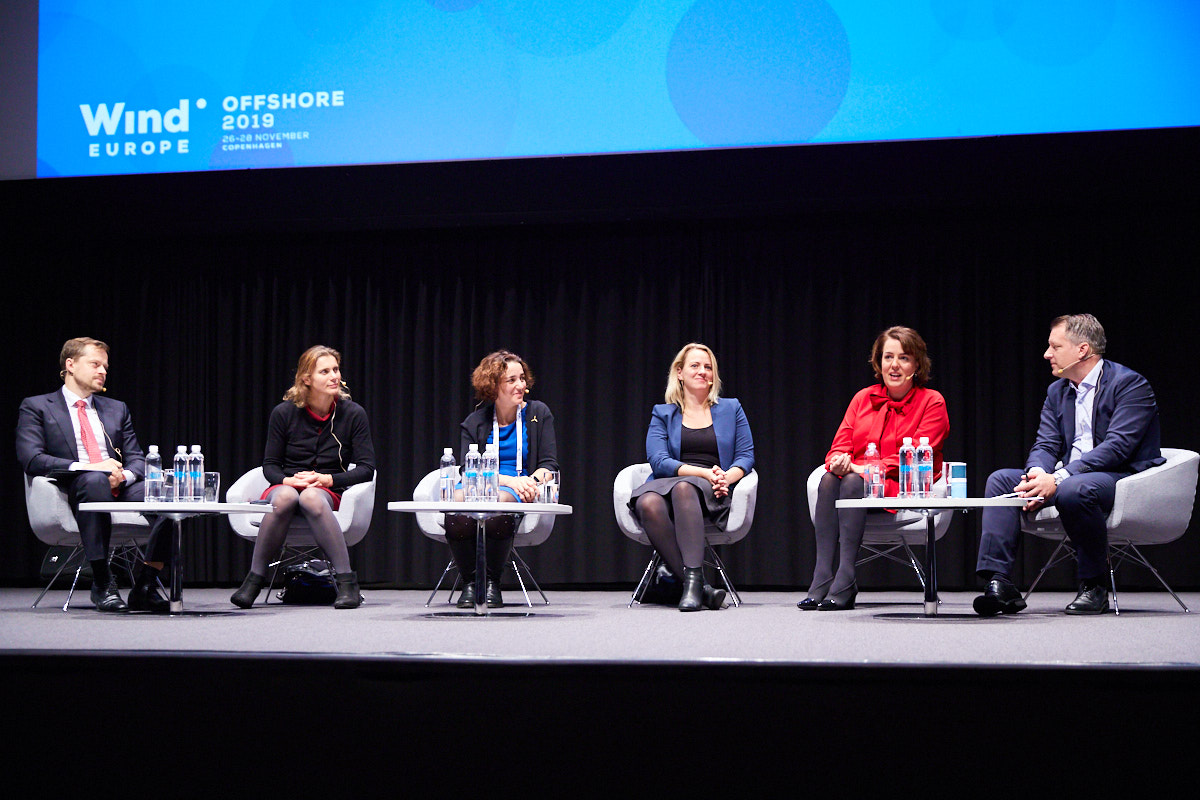 One of the keys to unlocking offshore wind’s potential is the build-up of an offshore grid. Its construction could be a hotbed of innovation, leveraging the newest technologies. But, as a panel of policy and industry experts explained this morning at WindEurope Offshore 2019 in Copenhagen, implementing this will require a high degree of coordination across stakeholders and countries. It also requires the simultaneous upgrading of the onshore grid.

TenneT CEO Manon van Beek and Vattenfall’s Catrin Jung both made the point that building out the offshore grid will be vital if we are to reach 450 GW of offshore wind by 2050. A strong offshore grid might reduce the risk of congestion on the onshore grid. But developing onshore grids will be just as vital: “If we do not look at both,” said Van Beek, “we could slow down the rate of offshore growth. This will require a collaborative approach.”

The need for a collaborative approach was echoed by Marie Hindhede from the Danish Ministry of Energy, Utilities and Climate. Denmark has already successfully integrated high shares of renewables and is now looking at a 10 GW energy island hybrid project. This will ramp up scale and drive down costs even further – but will require collaboration with neighbouring countries.

Hindhede and Jung both pointed to collaborative work between North Seas’ countries on offshore wind in attempting to harmonise and standardise national rules as a best practice example that could be deployed in other parts of Europe as offshore wind expands.

But Jung emphasised how important it is to have much more alignment between countries on regulation. Kriegers Flak is the only current example of a hybrid project, but in this case the TSOs are in the driving seat of developing the interconnection. “As a developer, if we don’t get clear regulation that allows for a common project with joint procurement between the two countries, it will never happen.”

Here Dominykas Tuckus from Ignitis Group pointed to the success of the inter-connector project in the Baltic Sea, which went from zero to over 2 GW capacity of interconnectors in a short time. One of the reasons for that success was a clear target: to get connected to the rest of Europe. Europe now has decarbonisation objectives and inter-connectors are essential to making that happen. But there is a need for more clarity in future on the role of inter-connectors for offshore wind farms, said Tuckus.

The panel agreed on the need for policymakers to issue clear signals on grid development plans and maritime spatial planning to provide certainty. The European Commission’s Acting Head of Unit Networks and Regional Initiatives, Jane Amilhat, pointed to the Commission’s long-term approach with grid operators to identify network expansion and investment needs.

Expanding grids onshore to cope with a massive expansion of offshore wind capacity will also mean efforts to ensure local acceptance. Hindhede pointed to the need to explain the necessity of electricity grids to the public – starting with schools – in dealing with climate change.

How can Europe reach 450 GW of offshore wind? Find out in our new report Our Energy, Our Future, How offshore wind will help Europe go carbon-neutral

« Radar issues and lack of regulation blocks offshore deployment: here’s how we fix this
New report sets out how to exploit offshore wind potential in Baltic Sea »