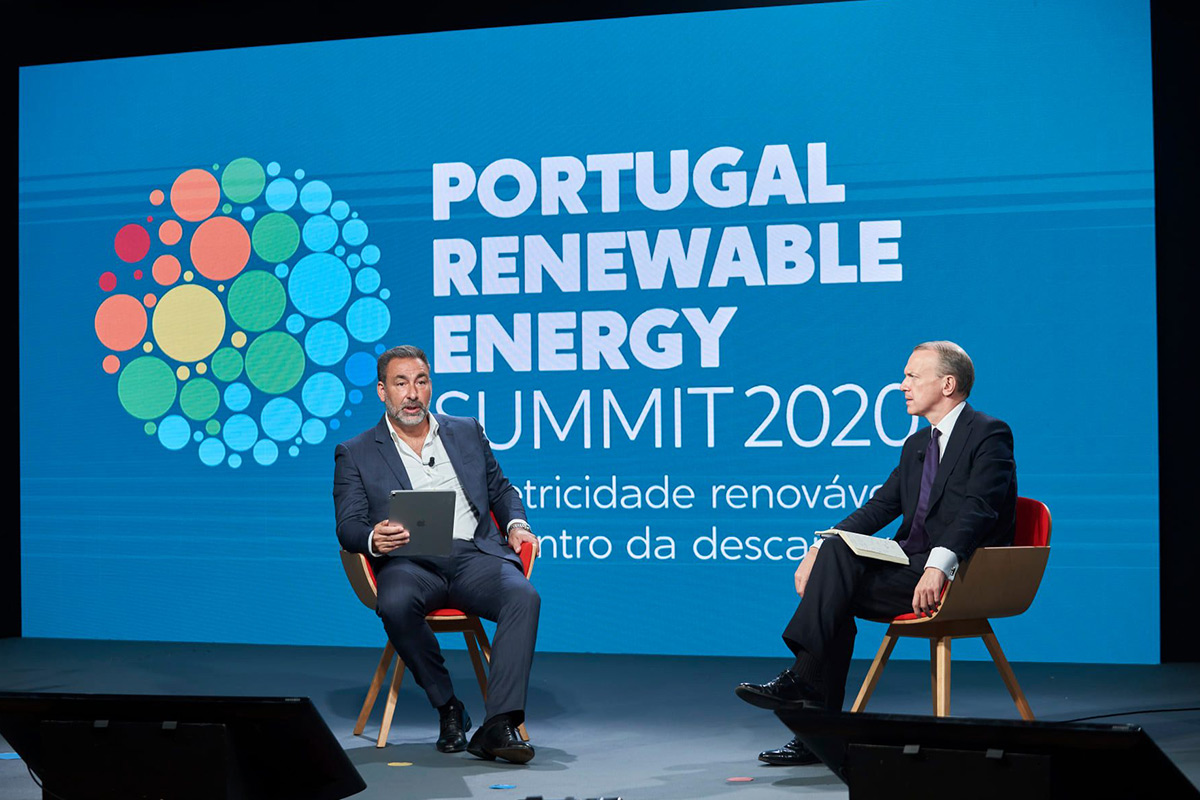 WindEurope CEO Giles Dickson spoke at the Portugal Renewable Energy Summit organised by the Portuguese Renewable Energy Association (APREN).  He explained how Portugal could make the most out of the European Green Deal and Recovery Plan, and how more wind energy would benefit the country.  But he also said that Portugal could lose this opportunity if it didn’t simplify permitting procedures for new and repowered wind farms and didn’t give more visibility to investors.

Renewable energy covered more than 50% of Portugal’s electricity needs last year.  Wind energy alone was 23%, placing Portugal in the top European countries for wind energy.  And the Portuguese government pledged to one of the most ambitious 2030 targets in the EU: it wants renewable energy to cover 80% of the country’s electricity needs by 2030, of which 31% would come from wind. Portugal also installed the second floating wind farm in Europe in 2019, paving the way for a huge growth of offshore floating wind technology in the coming years.

The European Green Deal and Recovery Plan will drive this growth of renewables and wind in Portugal.  More energy made in Portugal means Portuguese consumers will no longer have to pay to import fossil fuels from outside Europe.  And because renewable energy is the cheapest form of new electricity generation, it means cheaper bills overall.

More renewable energy also means more jobs and a stronger industrial base for countries like Portugal.  An estimate of 22,000 people already work for the wind industry in Portugal and factories in places like Viana do Castelo or Vagos are major contributors to local infrastructure, employment and the economy.

But in order to make this happen, several things need to be addressed.

First, Portugal needs to give investors security and visibility.  The European Investment Bank (EIB) plays a crucial role in de-risking investment in renewables.  But as things stand, it’ll have less money to support the energy transition under InvestEU than it had under the Juncker Plan.  When Portugal takes on the 6 month Presidency of the EU in January 2021, it should pay particular attention to the EIB and do what it can to ensure it has the right firepower to support the energy transition.

The Portuguese Government should also provide details about the policies it’ll adopt to achieve its climate goals, as defined in its National Energy and Climate Plan and recovery strategy.  It needs to show how it’ll ease permitting procedures for new wind farms and how it’ll repower old ones, for example.  And clarify the auction schedule for renewables.  Currently, Portugal hasn’t provided any policy framework for the repowering of old wind farms nor announced any auctions for repowering projects.  Other EU markets like France and Germany are preparing their legislation, Portugal should follow their example.

Second, Portugal needs to support growing demand in the economy for renewable energy.  Energy-intensive industries want to use renewable electricity, and so do citizens.  Portugal needs to make it possible for both industry and households to switch from fossil fuels to renewables by increasing the traceability and Guarantees of Origin of the electricity consumed.  And ensure a level playing field in tax treatment of gas and electricity.

Third, Portugal needs to channel investment into projects that support the electrification of its economy.  Electricity is only one fourth of all the energy we consume in Europe today, so if we’re serious about decarbonising our economy, we need to invest massively in electric vehicles, charging infrastructure, district heating but also the grid and other infrastructure such as roads, bridges and ports.

Fourth, Portugal and Europe need to support the wind supply chain by investing more in innovation, including for onshore wind.  This is crucial, as we don’t want to lose our competitive advantage to other parts of the world.  At the same time, the EU needs to align its trade and climate & energy policies: Europe’s renewable industries have been resilient during the COVID-19 crisis and have managed to stay competitive partly because they’ve been able to import components from outside Europe.